What is the history behind the statehood movements in Puerto Rico and Washington, D.C., and why are the country’s top politicians bitterly divided over the issue? 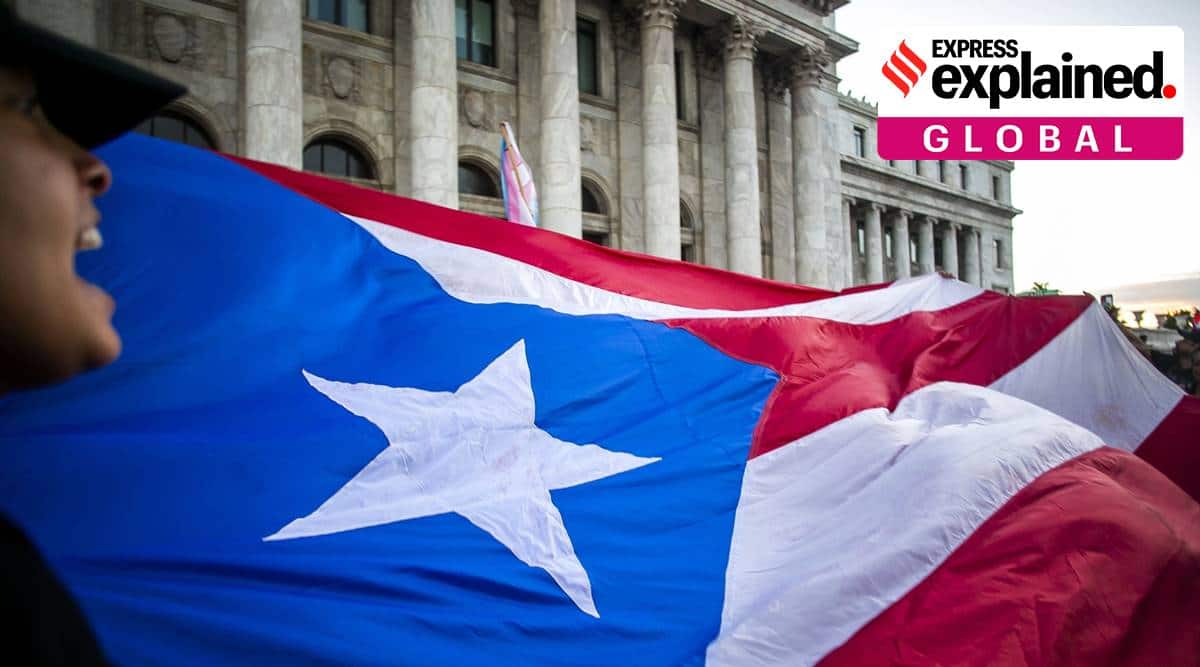 For the third time in ten years, the United States territory of Puerto Rico has voted in favour of statehood, and thus be treated at par with the current 50 states of the country. On November 3, the same day US voters chose Joe Biden over Donald Trump in the US election, a majority of Puerto Ricans voted yes in a non-binding referendum for full statehood while rejecting the ‘no’ option– which would have signalled approval for continuing their current commonwealth status or for starting the process of becoming an independent country.

At the same time, another part of the US – the country’s capital city, Washington, D.C.– has also for years been clamouring to become a full state. In June this year, the Democratic party-controlled lower chamber of the US Congress acknowledged this demand, and passed a bill that could potentially make D.C. the 51st US state.

While Democrats, the party of Joe Biden, have generally been more open to the idea of admitting the two entities as states, Trump’s Republican party remains firmly opposed to any such proposition. What is the history behind the statehood movements in Puerto Rico and Washington, D.C., and why are the country’s top politicians bitterly divided over the issue?

The Spanish-speaking island, slightly smaller than the Indian state of Tripura, is located in the Caribbean Sea, about 1,600 km southeast of the US state of Florida.

Since its discovery by the explorer Christopher Columbus in 1493, Puerto Rico was a part of the Spanish Empire for over 4 centuries until 1898, when it was annexed by the United States.

In 1917, Puerto Ricans were granted US citizenship, but the island itself was never made a full state, and continues to remain a “US territory”, along with Guam, North Mariana Islands, American Samoa, and the US Virgin Islands. Like its counterparts, Puerto Rico gets only one member in the House of Representatives, the lower chamber of the US Congress– but who has no voting power. Puerto Ricans also cannot vote in US presidential elections.

Proponents of statehood argue that Puerto Rico–whose population at 31 lakhs is more than 21 US states, and whose residents have served in all the wars that the US has been involved in since World War I– should have rights at par with the other 50 states.

However, not everyone is entirely on board. Since the 19th century, the island has had an ongoing independence movement– first against Spain and then the US– whose adherents believe that Puerto Rico should be a sovereign nation. At the same time, many also want Puerto Rico to continue as a commonwealth– the status of the island since 1952.

Don’t miss from Explained | The US election prediction models, and what may have gone wrong in 2016 and 2020

Statehood, though, is currently the most popular option. In the past 6 decades, the island has had 6 referendums where voters were asked to choose between independence, commonwealth or statehood. The polls in 1967, 1993 and 1998 reaffirmed commonwealth status, but the last three ones– 2012, 2017 and 2020– chose statehood. In 2020, around 52 per cent said they favoured statehood, with the remaining voting against. The popularity of independence as an option has steadily declined, with only 1.5 per cent preferring it in 2017.

The referendums in themselves have no power to change Puerto Rico’s status, however. They are non-binding, meaning their verdicts have no power to compel the US Congress– the sole body which can make a decision on the issue– to act in any way. 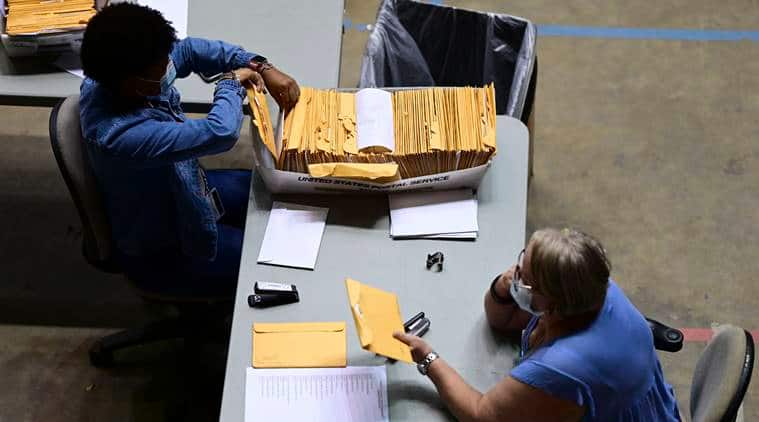 After the US became independent from British rule in the late 1776, the country’s founding leaders desired that the new national capital should be founded on a federal district, and not be a part of any state. The district which was thus created was named after Columbus, and the city after George Washington, the first US president.

Since its founding, numerous legislative initiatives tried to expand representation for D.C., but these efforts only gathered pace during the Civil Rights era of the late 1950s. In 1961, the 23rd Amendment to the US Constitution was passed, giving D.C. residents the right to vote for president starting in 1964. Since 1974, the city has had its own council and mayor, but continues to be under the direct jurisdiction of the US Congress. Like Puerto Rico, D.C. also gets one member in the House of Representatives, who has no voting power.

In 1985, a constitutional amendment that would have given D.C. several rights of a full state failed. Another setback came in 1993, when the House of Representatives voted down statehood for the city’s then 6 lakh residents.

Despite the delays, though, statehood remains an overwhelmingly popular demand among D.C residents. Unlike in Puerto Rico, where many are still opposed to the idea, voters in D.C. have convincingly endorsed it; in a 2016 referendum, 85 per cent voted in favour of becoming a state.

D.C. statehood proponents also argue that unlike in Puerto Rico, residents of the capital city have to pay federal income tax, and often cite the Revolutionary War slogan “no taxation without representation” in protest to underline their demand. Indeed, this line has featured on thousands of number plates of motor vehicles in the city, including on the limousines of Presidents Bill Clinton and Barack Obama– two leaders who have openly backed the demand for D.C. statehood.

This year, the statehood question again came to the fore after Black Lives Matter protests rocked the nation’s largest cities– including D.C., where African Americans are the largest ethnic group, making up just less than half of the city’s 68 lakh population. In June, the Democrat-controlled House of Representatives passed a law that would shrink the District of Columbia to only include key federal government buildings, and convert the rest of the current District into a 51st US state, which would be named after the leading 19th-century Black abolitionist Frederick Douglass.

Don’t miss from Explained | Can US President Donald Trump pardon himself? 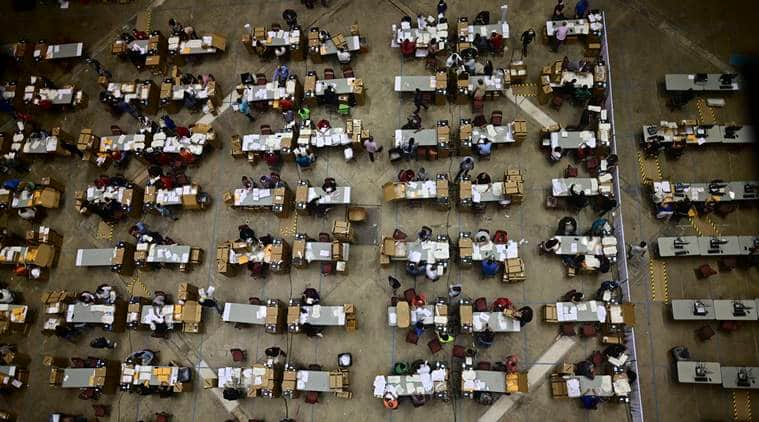 The political challenges in obtaining statehood

For both Puerto Rico and D.C. statehood to succeed, both chambers of Congress (House and Senate) would have to support the initiative, which would then require the approval of the US President. The House has already done so for D.C. Any further progress, however, would depend on the outcome of the Georgia runoff elections in January, where control over the Senate would be decided.

Also, in the case of D.C., an even more formidable challenge would lie ahead even if both Congress and the President give statehood their nod. According to experts, the process for the capital city would only terminate when the 23rd Amendment is repealed– a daunting political task as this would require at least 38 states to agree to the motion.

The principal reason why this entire process hits a hurdle is that Democrats and Republicans fervently disagree over the issue– mainly due to the effect the potential two new states could have on the nation’s legislative math.

Currently, the Senate– the powerful upper house of the US Congress– has 100 seats, two from each US state irrespective of its population. D.C. and Puerto Rico are believed to be Democrat-leaning, and the addition of their four seats to the Senate is expected to tip the scales of power in favour of the Democrats in the long term.

Republicans have thus fiercely resisted the idea, especially because they have been holding a thin majority in the Senate since 2014. President Donald Trump has said that his party would be “very, very stupid” to admit D.C. as a state. Senator Mitch McConnell, the most powerful Republican in the Senate, has called the statehood efforts of both regions “full-bore socialism on the march”, and has vowed, “as long as I am the majority leader of the Senate, none of that stuff is going anywhere.” 📣 Express Explained is now on Telegram Critics of the Republican position say that the right-wing party is holding up genuine demands for political representation in both these regions for short-term tactical gains. Some have also challenged the Republican assumption– that the two prospective states would remain reliably Democratic– as flawed; especially in Puerto Rico, where many conservative positions are popular.

On their part, the Democrats have also been accused of using the legitimate demands of full political rights of these two regions for furthering their own national ambitions, primarily to expand their numbers in the US Congress.