Mehul Choksi’s wife, in an interview to The Indian Express, said her husband had been befriended by Jarabica over the past six months during morning walks. 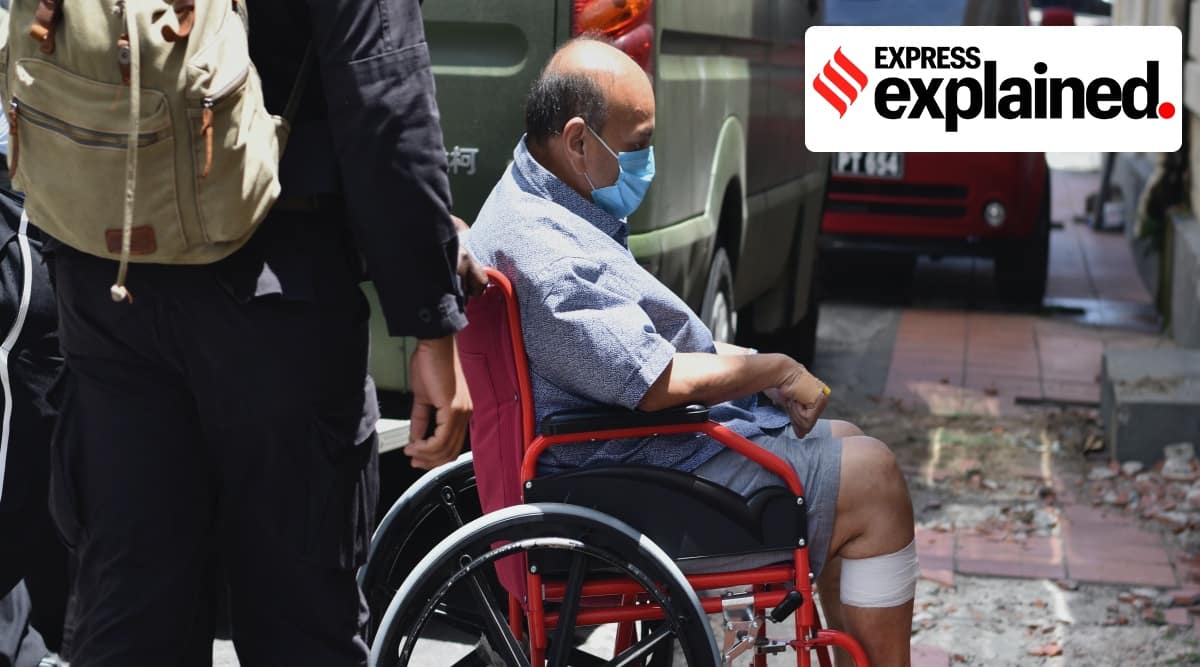 Babara Jarabica, the woman who has been described as Mehul Choksi’s “girlfriend” or the “honey trap” which helped his abduction, has become a person of keen interest to unravel the mystery around the fugitive jeweller’s sudden disappearance from Antigua on May 23 and arrest in Dominica a day later.

While Antiguan Prime Minister Gaston Brown has called Jarabica Choksi’s girlfriend with whom he willingly travelled to Dominica “to have a good time”, the jeweller’s lawyer Vijay Aggarwal and his wife Priti have suggested she may have been part of an Indian operation to extract Choksi out of Antigua and deport him to India through Dominica.

Choksi’s wife, in an interview to The Indian Express, said her husband had been befriended by Jarabica over the past six months during morning walks, and had called him over for dinner to an apartment near Jolly Harbour in Antigua on May 23 from where he was abducted by 8-10 men who brutally beat him up and bundled him away.

“She is not from Antigua but would visit off and on. She has made these visits in August last year and in April and May this year. Briefly, she also lived in an apartment right across ours in Antigua. She described herself as working in the field of property renovation. After my husband’s abduction, though, she has just disappeared. If she was not involved in the abduction, she would have reported the incident to Antiguan authorities. She would have come out in the open,” Priti said.

Priti was also unsure whether Babara Jarabica was her real name, and admitted that she had never met her. However, she asserted that the pictures of her circulating in the media were not of the woman who befriended her husband. “She is now a matter of investigation in Antigua,” Priti said.

The pictures flashed in the media are from an Instagram profile “babarajarabica”. Similar profiles have been found on Twitter and LinkedIn, where the user has been identified as “Babara Jarabica” and “Babara J”, respectively.

Her LinkedIn profile describes her as a “Property Investment Agent” from Bulgaria who is an “Experienced Sales Negotiator with a demonstrated history of working in Direct Sales and the Real Estate Industry. Skilled in Customer Service, Sales Negotiations, Leadership and Team Coordination. Over 10 years Sales Experience, achieving Management positions in Property and Retail.”

Earlier, this profile also mentioned her as having studied at London School of Economics. However, after it was flashed in the media, both her profile picture and her LSE credentials disappeared. According to media reports, now LSE too has issued a statement saying no woman by the name of Babara Jarabica ever studied there. “What does it all say?” Priti asked.

Jarabica’s Twitter profile has a picture with her hair covering her face on a beach. It says she joined the social media platform in July 2012, but till date has posted just one tweet: an article from theconversation.com about a blockchain company buying a piece of Banksy artwork and burning it.

She follows seven Twitter handles which include those of Elon Musk, Bill Gates, Jamie Oliver, Richard Branson and The Economist, among others. She is followed by 11 people. All, barring one, are Indians and have practically very few to no followers.

Her Instagram profile has just seven posts: all of her either soaking in the sun in a swimsuit on the beach or riding a helicopter or a yacht. Some of these pictures were posted in January and February 2019 from Budapest. Her over 1,300 followers on Instagram are again either Indians or of Indian origin. A large number of them are from Gujarat. Some of these followers may have been acquired after her Choksi case fame, as likes posted on her pictures are just 4-5 days old.

From the Indian security establishment, there has been no confirmation or denial on the existence of this woman. Her real identity and whereabouts continue to remain a mystery.