The centenary of Sri Nankana Sahib massacre, which is popularly known as Saka Nankana Sahib, is being marked in an event there on February 21 this year. A look at the event, and its importance in Sikh as well as Indian history. 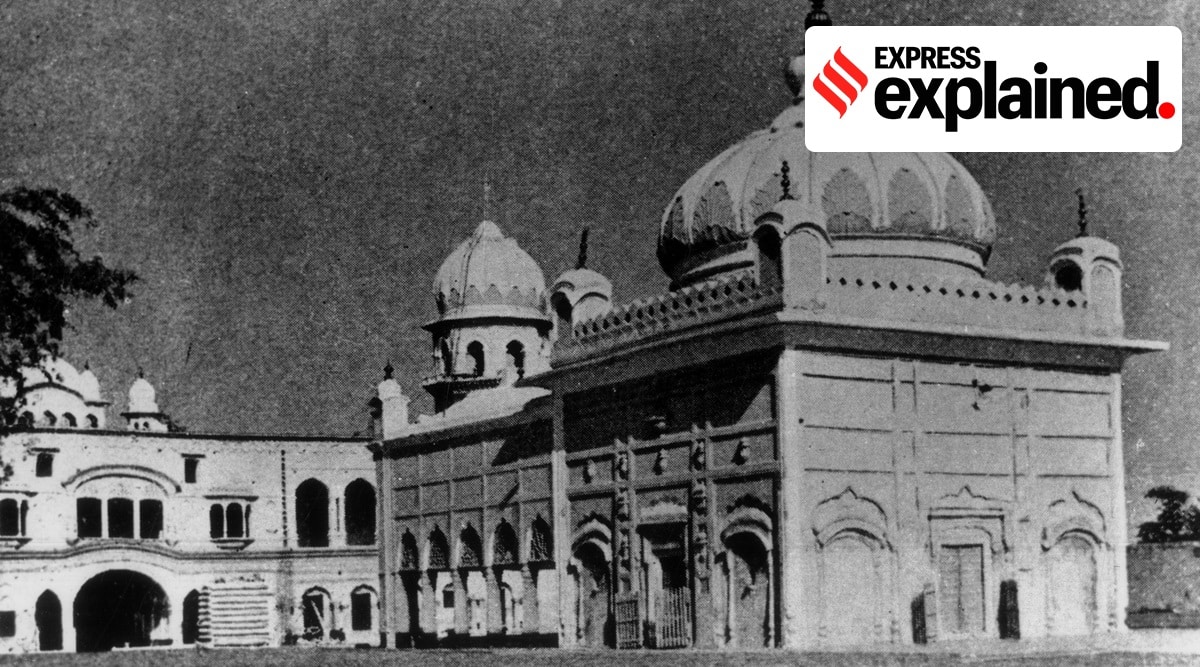 Nankana Sahib, the birth place of first Sikh guru, Guru Nanak Dev, was also the site of the first big agitation by the SGPC to take back control of gurdwaras from mahants backed by the British.

The centenary of Sri Nankana Sahib massacre, which is popularly known as Saka Nankana Sahib, is being marked in an event there on February 21 this year. The Indian Express looks back at the important event and its importance in Sikh as well as Indian history.

The SGPC came to existence in November 1920, a month after Sikhs removed partial restrictions on Dalit rights inside Golden Temple in Amritsar.

It started gurdwara reform movement which was aimed at taking possession of historical Sikh Gurdwaras, which had turned personal property of the priests, who were called mahants. These mahants were also accused of running practices from gurdwaras which were not approved in Sikhism.

Mahant Narain Das was in control of Gurdwara Nankana Sahib. Newly formed SGPC asked him to improve the administration of gurdwaras in October 1920. However, the mahant took it as challenge to his authority and started equipping himself with arms and fortified the gurdwara.

SGPC leader Lachman Singh Dharowal was attacked by mahant’s men inside gurdwara on birth anniversary of Guru Nanak Dev Ji in presence of British officials in November 1920. But no action was taken against the mahant.

Sikh leaders made attempts to bring mahant to the negotiation table but their efforts failed.

Meanwhile, all the mahants and other groups, who were in control of Sikh gurdwaras, also organised themselves and started holding meetings against any move of the SGPC to take control away from them.

They called “Sikh Sanatan Conference” in Lahore on February 19, 20 & 21, 1921. Some motivated Sikh leaders took it as an opportunity to take control of the Gurdwara Nankaka Sahiba as Mahant Narain Das would be busy in Lahore.

Master Tara Singh and other Sikh leaders tried to stop the Sikh jatha on the way to Nankana Sahib but failed to convince the leaders leading the jatha.

Mahant Narain Das also came to know about jatha coming to Gurdwara Nankana Sahib as he was all set to leave for Lahore by train and returned back.

The unarmed Sikh jatha entered inside the gurdwara and with a plan to take possession of gurdwara in a non-violent manner. On the other side, the mahant was all prepared for an armed attack and he leashed his men equipped with fire arms, sticks and sharp-edged weapons on this jaths.

As the jatha entered the gurdwara, all the gates were closed. Around 60 Sikhs were killed in the main hall. 25 bodied were found in a single room. A 12-year-old survived the attack after he managed to hide under the palanquin on which Guru Granth Sahib was installed.

Many got bullet shots. Some injured Sikhs were even burnt alive in boiling water during the attack. Others were chased down to a railways track nearby and killed there. Total number of causalities stood between 150 to 200.

Taking control of the gurdwara

After the incident, Mahant Narain Das ran away, while the British police arrested 26 Pathans and sent them to Lahore in special train. The incident, however, created an impression among Sikhs that the British government had played a hidden part in this massacre.

All the prominent Sikh leaders reached Nankana Sahib on February 21, 1921. Kartar Singh Jhabbar reached with 2,200 Sikhs. Initially, police and Army tried to stop the jatha, but later Sikhs were allowed to take control of the gurdwara.

The then Punjab Governor and his council members also reached Nankana Sahib on February 22 and ordered handing over control of gurdwara to Sikhs.

“I wish to see the bravery of Lachhman Singh and Dalip Singh in Mulshi Peta. Without raising a little finger, these two warriors stood undaunted against the attack of Mahant Narain Das of Nankana Sahib and let themselves be killed,” said Gandhi.

The British government also arrested Mahant Narain Das. Meanwhile, SGPC formed its own probe team and asked Mahatma Gandhi to be part of it. Gandhi asked Sikh leaders to give support to the non-cooperation movement of the Congress party.

However, the move was not welcomed by some of the SGPC leaders. Jathedar Kartar Singh Jhabbar, Harbans Singh and Bhai Jodh Singh had opposed this resolution as they feared that it would mix a religious movement with a political movement. However, a resolution was passed with a majority vote.

The Biritsh government was not amused with the decision of SGPC leadership to be part of a political movement. Sikh leaders Kartar Singh Jhabbar, Teja Singh Bhuchar, Tara Singh Thethar, Bhai Lakha singh and others were arrested from Nankana Sahib for allegedly taking illegal control of gurdwaras on March 15, 1921.

In May 1921, SGPC asked Sikhs to wear black clothes and turbans as protest against British government. At Nankana Sahib, two big utensils were kept which were used to colour the turbans black. Arrested Sikh leaders were released after five months.

The court found Mahant and his men guilty in just six months and main accused were sentenced to death. Later, death sentence was commuted to life term. Mahant was released from jail in 1930.

However, Nankana Sahib Gurdwara agitation was just a big leap in Gurdwara Reform movement followed by Guru Ka Bagh Morcha and other agitations till Sikh Gurdwara Act came into existence in 1925.