El Salvador President Nayib Bukele also said that Bitcoin will help increase financial inclusion in El Salvador, where 70% of the population does not have a bank account and relies on the informal economy. El Salvador’s populist millennial President Nayib Bukele has said that he would be making the Bitcoin cryptocurrency legal tender in the Central American country.

“Next week I will send to Congress a bill that will make Bitcoin a legal tender in El Salvador,” said 39-year-old Bukele in a recorded message played at a Bitcoin conference in Miami in the US.

Bukele’s New Ideas party enjoys a supermajority in the El Salvadorian legislature, and thus there is a strong likelihood that the law would be approved. If that happens, El Salvador would become the first country in the world to formally adopt the virtual currency.

El Salvador has not had its own monetary policy since 2001, when a right-wing government made the US dollar the official currency. Along with Ecuador and Panama, El Salvador is currently among three nations in Latin America to have a ‘dollarized economy.

“In the short term this will generate jobs and help provide financial inclusion to thousands outside the formal economy and in the medium and long term we hope that this small decision can help us push humanity at least a tiny bit into the right direction,” Bukele said.

Why does El Salvador want to adopt Bitcoin as an official tender?

El Salvador, with a population of around 64 lakh and an area slightly bigger than Meghalaya, depends heavily on remittances sent by Salvadorians from abroad. Around a quarter of the country’s citizens live in the US, and in 2020 they sent home more than $6 billion in remittances despite the pandemic– making up more than 20% of the GDP.

Addressing the issue, Bukele said that currently “a big chunk of those 6 billion dollars is lost to intermediaries. By using Bitcoin, the amount received by more than a million low income families will increase in the equivalent of billions of dollars every year.”

Bukele also said that Bitcoin will help increase financial inclusion in El Salvador, where 70% of the population does not have a bank account and relies on the informal economy.

“Financial inclusion is not only a moral imperative, but also a way to grow the country’s economy, providing access to credit, savings, investment and secure transactions,” he said. “We hope that this decision will be just the beginning in providing a space where some of the leading innovators can reimagine the future of finance.”

Who is Nayib Bukele?

Bukele, who is described as an anti-establishment populist, is El Salvador’s first president in 30 years to win the top office without the support of one of the country’s major parties. He won the presidential election in 2019 on an agenda of fighting corruption and gang violence, and currently enjoys an approval rating of over 85%.

Before becoming president, the media-savvy leader worked at his father’s marketing company before getting elected as the mayor of San Salvador, the nation’s capital, and of a suburb. 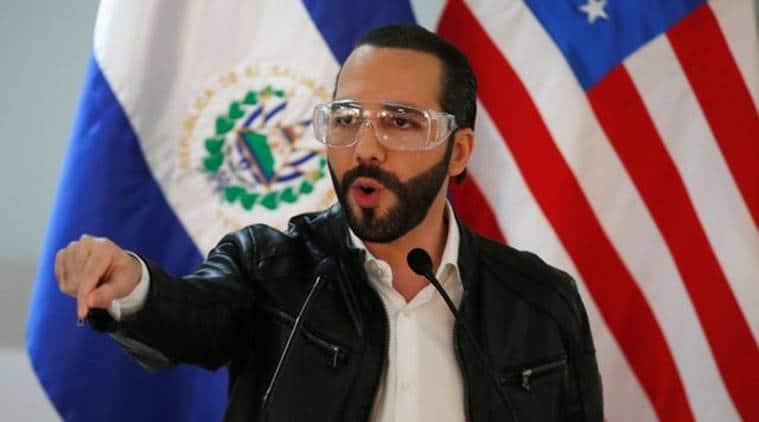 Critics, however, have blamed Bukele for moving El Salvador in an increasingly authoritarian direction. This year, Bukele removed five judges of the Supreme Court and the attorney general– officials who had been critical of his drastic measures during the pandemic. The move was denounced as a power grab.

Bukele got along well with former US President Donald Trump, but has had a more tense relationship with the current Biden administration, which last month asked him to reverse his move to fire the top judges and the attorney general. Bukele refused.

What has been the reaction to Bukele’s Bitcoin announcement?

The proposal is expected to sustain Bukele’s popularity in El Salvador, where he is seen as an innovator, as well as improve the appeal for Bitcoin, which has witnessed major fluctuations this year. It is also seen as good news for cryptocurrencies in general.

However, some crypto experts have criticised the move saying that El Salvador could have looked at crypto options that would work better as a currency than Bitcoin, whose three transactions-per-second processing rate is seen as too slow compared to other virtual tenders such as Bitcoin Cash or Monero.

Then, there are those entirely sceptical of private cryptocurrencies, who complain about the lack of a central regulating authority, potential for fraud and money laundering, high energy costs and extreme volatility.

Is there a move to adopt virtual currencies globally?

In many parts of the world that are plagued by economic uncertainties, the use of cryptocurrencies is fast gathering pace, such as in Cuba, Venezuela and Mexico, where many are preferring virtual tokens that are decentralised and unregulated.

In Cuba, the appeal of cryptocurrencies has proliferated ever since its Communist regime allowed mobile internet in 2018, as many have used them for circumventing US sanctions and a decades-long trade embargo. Virtual money is being used for making payment for utilities, cross-border transactions, as well as for remittances from abroad, as per The Washington Post.

In Mexico, where also remittances from the US form a huge source of income, the crypto market has boomed. Between September 2019 and May 2020, the country’s Bitso crypto exchange grew by 342%, the WaPo report said, partly from processing remittance transactions.

In Venezuela, which is undergoing an economic and humanitarian crisis, many are adopting crypto money as spiralling hyperinflation has harmed the bolivar, the official currency.

What is the attitude of governments towards cryptocurrencies?

The growing allure of cryptocurrencies– which allow instantaneous transactions and need digital wallets instead of bank accounts– have grabbed the attention of governments around the world who are now looking to launch their own virtual tokens, called central bank digital currencies (CBDCs).

CBDCs are being touted as a means for extending financial services to those who have remained underserved by traditional banks, while mitigating the risks of unregulated private tokens such as Bitcoin.

Last month, the US took a decisive step towards issuing its own CBDC, with the Federal Reserve announcing it will release a research paper later this year that explores the move further. In April, China rolled out pilot testing for its home grown digital currency, and in May issued major curbs on private cryptocurrency transactions.

In India, the government has floated The Cryptocurrency and Regulation of Official Digital Currency Bill, 2021, which will prohibit all private cryptocurrencies and lay down the regulatory framework for the launch of an “official digital currency”.

It was to be introduced in Parliament’s Budget session earlier this year, but was held up as the government continues discussions with stakeholders.