With the country witnessing a continuous uptick in novel coronavirus cases, the Centre has advised states and Union Territories to impose restrictions on celebrations under Section 22 of the Disaster Management Act. 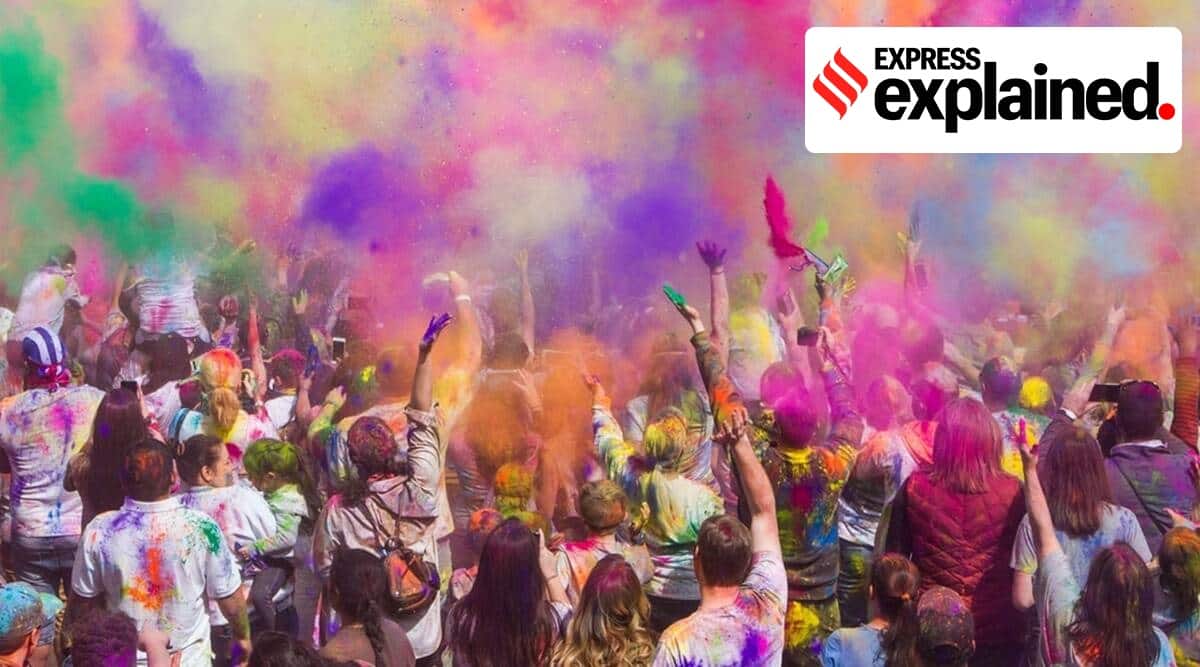 Grand celebrations during Holi are more than unlikely this year as the country witnesses a continuous uptick in novel coronavirus cases. The Centre, too, has advised states and Union Territories to impose restrictions under Section 22 of the Disaster Management Act.  The country has been recording over 40,000 cases every day since the last week and experts fear a possible second wave hitting the country.

Which are the states that have banned Holi celebrations this year?

Maharashtra has been the worst-hit by Covid-19 as it continues to register the highest cases in the country. The Brihanmumbai Municipal Corporation (BMC), the civic authorities of Mumbai, has banned public and private celebrations of Holi and Rangapanchami in the city. “All private/public celebration of Holika Dahan & Rang Panchami has been prohibited to ensure Covid-19 doesn’t play a spoilsport. We request Mumbaikars to cooperate. Strict action will be taken against offenders,” BMC had tweeted. Similarly, the Pune Municipal Corporation, too, has banned Holi celebrations in the city citing high Covid positivity rate of the last 15 days.

It is not too different for Delhiites as well with the Delhi Disaster Management Authority (DDMA) announcing that there will be no public celebration of Holi, Shab-e-Barat and Navaratri in parks, religious places, public grounds, markets within the national capital territory. The Delhi government also designated malls, religious places, metros, and movie halls as super-spreaders and asked district magistrates to increase surveillance at these areas.

The Haryana government has also banned Holi celebrations due to the rising number of Covid-19 cases in the country, minister Anil Vij had tweeted on Wednesday.

Gujarat, which too has been witnessing a spike in cases, has stopped all public celebrations and mass gatherings on Holi, asking people to celebrate it traditionally with limited rituals instead.

Following suit, Chandigarh has ordered the cancellation of all Holi-related festivities and banned all clubs and restaurants from organizing any celebrations. “The residents must celebrate the Holi festival at home while following appropriate Covid-19 protocol,” the administration announced via an official statement.

The Rajasthan government, not taking any risk, has also put a ban on celebration of Holi and Shab-e-Baraat in public places.

The Uttar Pradesh government has ordered testing of people arriving for Holi celebrations from states witnessing a surge in Covid-19 cases. Tests will be conducted at railway stations, airports, bus depots.

Similarly, the Delhi government, too, has ordered random testing of people arriving at the Indira Gandhi International Airport and railway stations.

What precautions should be taken at events?

For people of states that have not banned celebrations, caution should be the first thing on the list this Holi. Even if a celebration has received a nod from the administration, use of masks, adherence to social distancing norms and availability of sanitizers should be a must, as has been instructed by the Uttar Pradesh government.

Many district administrations, including the Kolkata Municipal Corporation, have asked people above 60 or below 10 years of age, and those having serious illnesses to avoid taking part in celebrations.

Can I celebrate Holi inside my house?

Although there is no notification by any state government regarding gatherings inside houses, doctors have said that due diligence is required to stop the spread of the virus.

As per the Section 22 of the Disaster Management Act, the state governments are asked to examine the vulnerability of different parts of the state to different forms of disasters and specify measures to be taken for their prevention or mitigation. The government will also lay down guidelines for preparation of disaster management plans and monitor their implementation. It will also give directions to any department or any other authority regarding actions to be taken in response to any threatening disaster situation or disaster.