Thus far, the Taliban have not released any document or policy statement that would indicate how they plan to govern. While this recent announcement may seem like progress, its caveats raise more questions than answers. 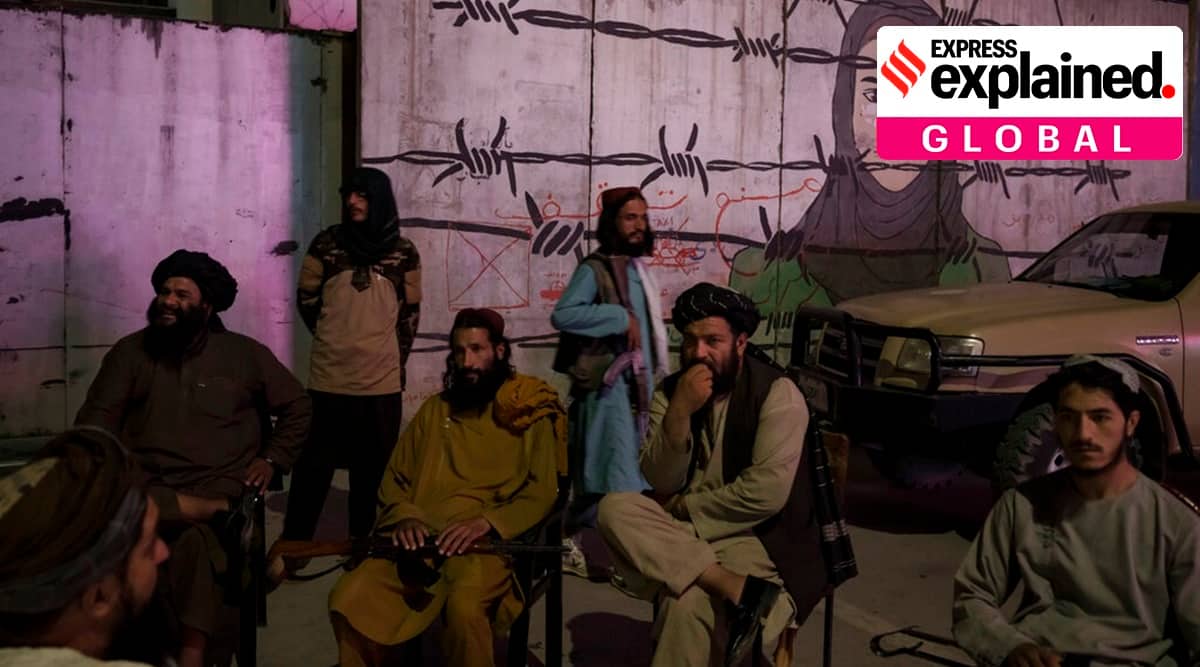 The Taliban announced on Tuesday that they plan to temporarily enact provisions from Afghanistan’s 1964 constitution that are not in conflict with Islamic law or Sharia to govern the country. A Taliban spokesperson also announced that the group was in the process of drafting a new constitution that would be completed by 2022.

Thus far, the Taliban have not released any document or policy statement that would indicate how they plan to govern. While this recent announcement may seem like progress, its caveats raise more questions than answers. By allowing the group to strike provisions of the constitution under the guise of maintaining Sharia law (which is highly subjective), the Taliban are essentially saying they will pick and choose what parts of the constitution they adhere to.

Additionally, the constitution allows for justice and governance to be conducted along the lines of the law, which is drafted by various bodies of the state. If the law itself is prohibitive or exclusionary, the constitution provides few mechanisms for citizens to air their grievances. Lastly, since the Taliban took Kabul earlier this year, there has been a significant disconnect between what they’ve said they’re doing and what they’ve actually done.

What is the 1964 constitution?

Afghanistan has had four constitutions since it became a sovereign nation in 1747. The earliest was written in the 1890s, which established a system of centralised monarchy across the country. In 1923, a second constitution was drafted which established the king as the main sovereign authority, Islam as the state religion and Sharia law as the basis of the judicial system. In 1963, under the rule of king Zahir Shah, Afghanistan penned its most ambitious constitution, which came into law in 1964.

The 1964 constitution aimed to transition Afghanistan into a democracy and catalyse socio-economic modernisation. Some of the most noteworthy elements of the constitution was the creation of two houses of parliament, of which the lower house would be elected through universal suffrage. It also established that the laws enacted by parliament would supersede Sharia law – a provision that the Taliban have subsequently reversed. The constitution lasted for eight years until Zahir Shah was overthrown, and despite its lofty ambitions, was largely seen as a political failure. The cabinet and the legislature were constantly deadlocked and unable to pass any significant legislation.

In 2004, after the NATO invasion of Afghanistan, a new constitution was adopted that envisioned a presidency and enshrined equal rights for women. However, in creating an overly centralised system of governance, the 2004 constitution was seen as a highbrow document, dominated by the values of the West and the educated Kabul elite. The Taliban have overwhelmingly rejected that constitution as an illegal entity and a product of US imperialism. 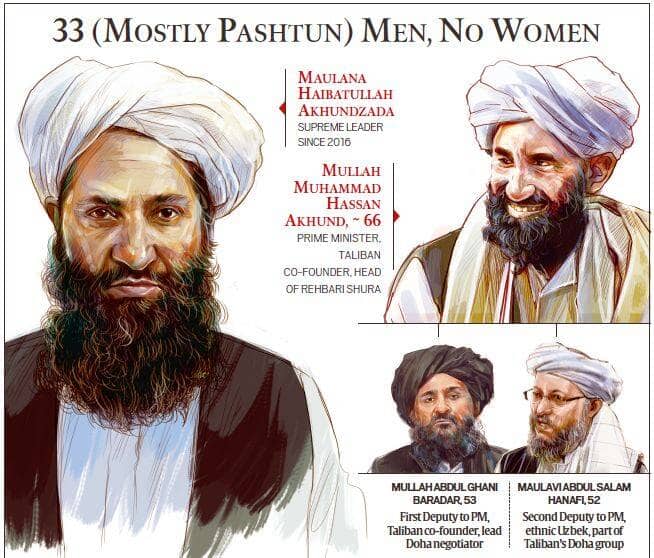 Provisions of the 1964 constitution

Non-Muslim citizens shall be free to perform their rituals within the limits determined by laws for public decency and public peace.

On the face of it, this provision allows for freedom of religion, however, because it specifies that religion can be practiced “within the limits determined by laws”, it is open to interpretation by the Taliban. Under Sharia law, the Taliban can conceivably prohibit any public expression of religion that does not align with Islamic values. The group has recently indicated that it will respect the rights of Sikhs and other religious minorities residing in Afghanistan, but during their rule between 1996 and 2001, religious minorities were routinely persecuted and symbols of other religions like the Buddhas of Bamiyan were destroyed.

The King is not accountable and shall be respected by all

As expected, the ‘king’ is devoid of accountability and protected from scrutiny. While not in line with the ideals of a progressive democracy, this is not uncommon in autocracies or illiberal democracies.

The Taliban has seen several internal power struggles, most famously when Mullah Yaqoob, the current Defence Minister, unsuccessfully fought for the role of Supreme Commander in 2016. If the Taliban establish a system of hereditary leadership, Yaqoob, as the son of the Taliban’s founder, Mullah Omar, will have an even stronger claim to power. This in turn would sideline other leadership hopefuls like Sirajuddin Haqqani and Mullah Baradar in the name of continuity.

As not much is known about Supreme Leader Akhunzada, it is unclear whether he has any children that will be in line for the throne. In the past, people with strong connections to Mullah Omar have assumed senior leadership positions, but the group has not followed a traditional system of primogeniture.

On the basic rights and duties of the people

The people of Afghanistan, without any discrimination or preference, have equal rights and obligations before the law.

Although the Taliban have stated that they would be open to women in government, their cabinet infamously includes no women. Similarly, while the group has said they respect women’s right to education, recent reports indicate that women have been barred from Kabul University, because, according to the Taliban, conditions are not yet suitable for them to study there. During their last time in power, women, Tajiks and other non-Pashtun groups were openly discriminated against, and there is little evidence that things will be any different this time around.

No one may be punished except by the order of a competent court rendered after an open trial held in the presence of the accused.

No Afghan accused of a crime can be extradited to a foreign State. While the original constitution had legislative laws supersede Sharia law, the Taliban have made it abundantly clear that their interpretation of Sharia law will take precedence over all else.

The second provision is more likely to be adopted as several members of the Taliban, including their senior leadership, are wanted for various crimes including charges of terrorism from the West. This provision may cause diplomatic issues for the group, but considering that most countries have been willing to converse with them despite their links to terrorism, it is unlikely to be a major obstacle for them.

Education is the right of every Afghan and shall be provided free of charge by the State and the citizens of Afghanistan.

As mentioned before, freedom of speech and the right to education are two issues that the Taliban have stated they will take a more moderate stance on. However, they maintain that speech should not threaten the security of the state and education is permissible only under certain conditions.

On the Shura and the Government:

The 1964 constitution calls for the formation of two houses of legislature. One is the House of the People which is directly elected, similar to the Lok Sabha, and the other is the House of the Elders, members of which are appointed indirectly, similar to the Rajya Sabha. The constitution also mentions how the Houses are to interact with the Prime Minister and his Cabinet and how they should be accountable to the people.

The Shura (Parliament) in Afghanistan manifests the will of the people and represents the whole of the nation.

Members of the Wolesi Jirgah (House of the People) shall be elected by the people of Afghanistan in a free, universal, secret and direct election, in accordance with the provisions of the law.

The Prime Minister and the Ministers are collectively responsible to the Wolesi Jirgah (House of the People) for the general policy of the Government, and individually for their prescribed duties.

On this matter, the Taliban have indicated that they would be open to free elections. In an interview with VOA, Suhail Shaheen, a Taliban spokesperson, said the issue would be determined by a future constitution.

“About election or no election, let’s wait,” Shaheen said. “We have a constitution in the future, so we would have deliberations about that in the future, about when we are drafting the constitution, so that would be seen there at that time, not now.”

Once again, it is unclear whether the Taliban will make good on these early promises and to what extent they will allow free elections. As with the rest of the constitution, these provisions should be taken with a pinch of salt. The Taliban have left ample room for interpretation on the basis of Sharia law and have stressed that the 1964 constitution is only temporary. They have also conducted human rights violations in their short time in power, while openly denying any existence of the same.