The alleged surveillance of targets’ phones using Pegasus is the most sophisticated manifestation of snooping in India. Surveillance — both authorised and unauthorised — however, has a long history in the country. 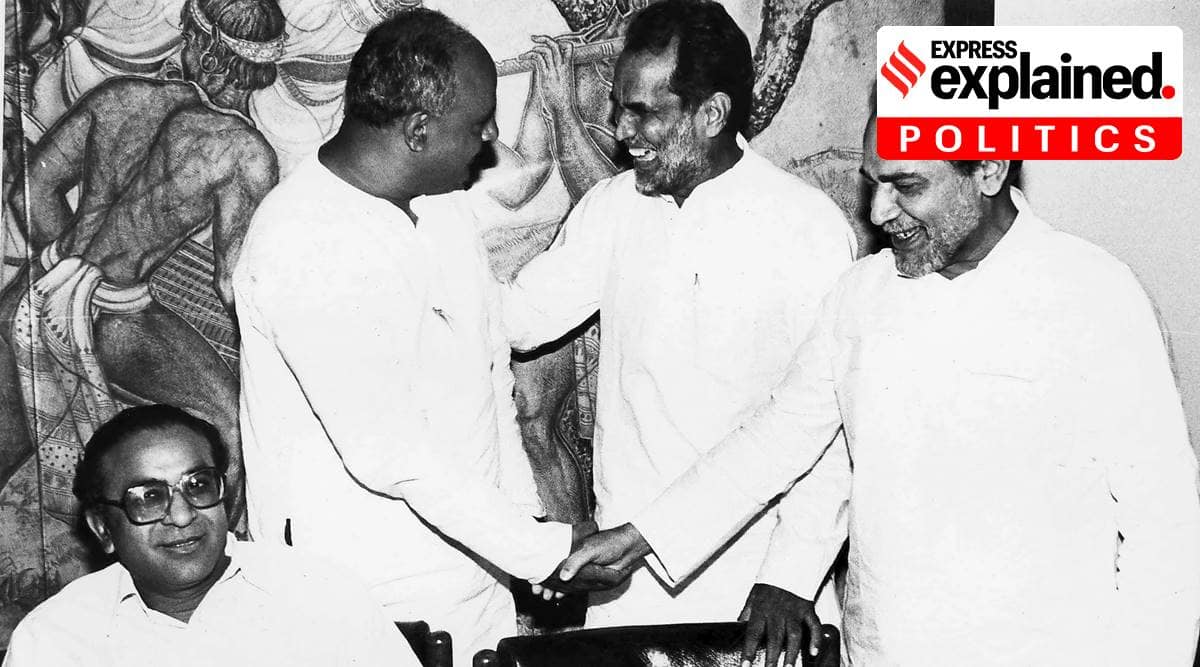 The Pegasus storm is only the latest — though perhaps the most widespread and sophisticated — among many snooping scandals in Indian politics. In past scandals, governments have fallen, Chief Ministers have resigned, CBI inquiries have been ordered, and the Supreme Court has been moved. But in many of these earlier cases, the alleged infringement of privacy and misuse of the powers of interception were far less flagrant — and in some cases, minuscule — compared to the en masse apparent misuse that is being revealed in the global media investigation called the Pegasus Project.

The change in surveillance technology over the decades has been frightening. The trepidation of those who may fear their conversations are being listened to, has increased manifold with, for instance, the development of the revolutionary spying software with ‘zero-click’ technology that the Israeli company NSO offers.

Intelligence agencies the world over have always relied heavily on “listening in” technology as against human intelligence. Before the advent of mobile telephony, it was conversations on telephone fixed lines that were being snooped upon — and those who feared they might be intercepted would strain their ears for the faint whirring sound of tape recorders or the call drops that ensued. There was a joke that if you wanted to beat the old-fashioned snoops, you made your confidential telephone calls very early in the morning. Reason: the headphone-wearing listeners, who mostly belonged to the Intelligence Bureau, would not have reported for duty!

Later, with the use of off-air or “passive’’ interception equipment, people would look out for the strange car or van parked close to their homes or workplaces. Again, those who feared their conversations might be picked up, found simple solutions (many important people still do!) such as creating enough sound disturbance for the off-air equipment to receive only garbled conversations.

The illegal use of off-air equipment was in the news towards the end of the tenure of former Army Chief General V K Singh in 2012, when he and his detractors traded charges of mounting surveillance equipment to spy on each other.

But what do you do if a spyware like Pegasus is implanted in your mobile phone seemingly without leaving a trace, and it continuously streams out all of the phone’s audio, video, and text content?

Snooping over the years

Over the years, snooping scandals in India have emerged through the outing of a variety of material. It could be the leak of interception orders (leading to the resignation of then Karnataka Chief Minister Ramakrishna Hegde in 1988); the physical sighting of intelligence operatives (which led to the fall of the Chandra Shekhar government in 1991); the leak of audio tapes (Tata Tapes, first reported by The Indian Express in 1997); or the leak of entire transcripts on pen drives of a target put under lawful interception (Radia Tapes, 2010).

There have been other scandals such as the leak of the secret letter written by then Finance Minister Pranab Mukherjee to then Prime Minister Manmohan Singh, informing him that he suspected his office was being bugged (reported by The Indian Express, 2011); and the “snoopgate” in Gujarat (2013), when audio tapes, recorded allegedly at the behest of then Chief Minister Narendra Modi’s aide Amit Shah, of purported conversations of a woman architect were leaked.

There was also the leak of Blackberry Messenger (BBM) messages recovered by Income Tax officials from the laptop of meat exporter Moin Qureshi. (The Indian Express, 2014).

At that time, BBM services were considered impenetrable to surveillance — just as messaging services like WhatsApp, Telegram and Signal, which promise end-to-end encryption, were, until recently, considered safe. From 2019, however, when the first Pegasus surveillance lists were published by The Indian Express, the Internet-based messaging platforms are no longer seen as being entirely safe.

In the present case involving Pegasus, metadata comprising thousands of telephone numbers, belonging to targets of the government clients of NSO, has been leaked.

The fallout of leaks

A review of some of these past scandals provides lessons in the manner in which agencies that purchase spyware have been upgrading their arsenal with increasingly expensive equipment and software.

It also shows the manner in which the politicians of the day have reacted when confronted with evidence of violations — while many stepped down taking moral responsibility in the past, more recently, they have tended to mostly brazen it out.

RAMAKRISHNA HEGDE: The then Chief Minister of Karnataka stepped down on “moral grounds” in 1988 after details emerged of wire-taps on 50 individuals, including journalists and dissidents within the Janata Party. Subsequently, the authorisation given to the state police for the tapping too was made public, completing the ignominy of the Chief Minister.

CHANDRA SHEKHAR: While Rajiv Gandhi, who was Prime Minister at the time, was exultant at the exit of Hegde, three years later he had his own surveillance moment. The Congress had propped up Chandra Shekhar’s Samajwadi Janata Party government. The tenuous relationship between the two leaders dived sharply after two policemen belonging to the Haryana CID were apprehended allegedly keeping vigil outside Rajiv’s house.

The former Prime Minister was furious, and even though Chandra Shekhar offered a probe by a Joint Parliamentary Committee, Rajiv decided to pull the plug on the government. Chandra Shekhar resigned, and nothing much was heard about the “snooping” incident subsequently.

Even when an investigating agency has been empowered to carry out an inquiry into cases of surveillance, nothing conclusive has ever been proven in terms of, for example, who leaked the tapes or transcripts.

The Tata Tapes were the first instance of the leak of a large volume of intercepted conversations. The tapes dealt with conversations of industrialists Nusli Wadia, Ratan Tata, and Keshub Mahindra, and the attempts to get the Centre to intercede in the manner in which the United Liberation Front of Asom (ULFA) was extorting money from tea estates, including those owned by the Tatas.

Then Prime Minister I K Gujral ordered a CBI inquiry into the audio tape leaks but shortly thereafter, the inquiry was closed “for want of evidence”. The question of who or which agency ordered the telephone taps on the industrialists was never conclusively answered.

More than a decade after the Tata Tapes, hundreds of conversations of corporate lobbyist Niira Radia were leaked in 2008. The difference was that the route of the interception and the secret written communications between the Income Tax Department and the CBI that preceded the phone tapping were in circulation before the contents of the conversations were made public.

The other difference was that this was the leak of an authorised interception (renewed three times as per procedure) in connection with the 2G telecom scam, but it triggered a huge brouhaha. The result: for years, monitored by the apex court, the CBI attempted to find “ criminality” in the contents of the Radia Tapes, but failed. Radia herself quit public relations, but the message from that episode remains starkly true: that no conversations are safe, and anything can leak.