The hawker centres are representative of Singapore’s multiculturalism, with stalls selling cheap, delicious food of Chinese, Malay, Indian origins, among others. 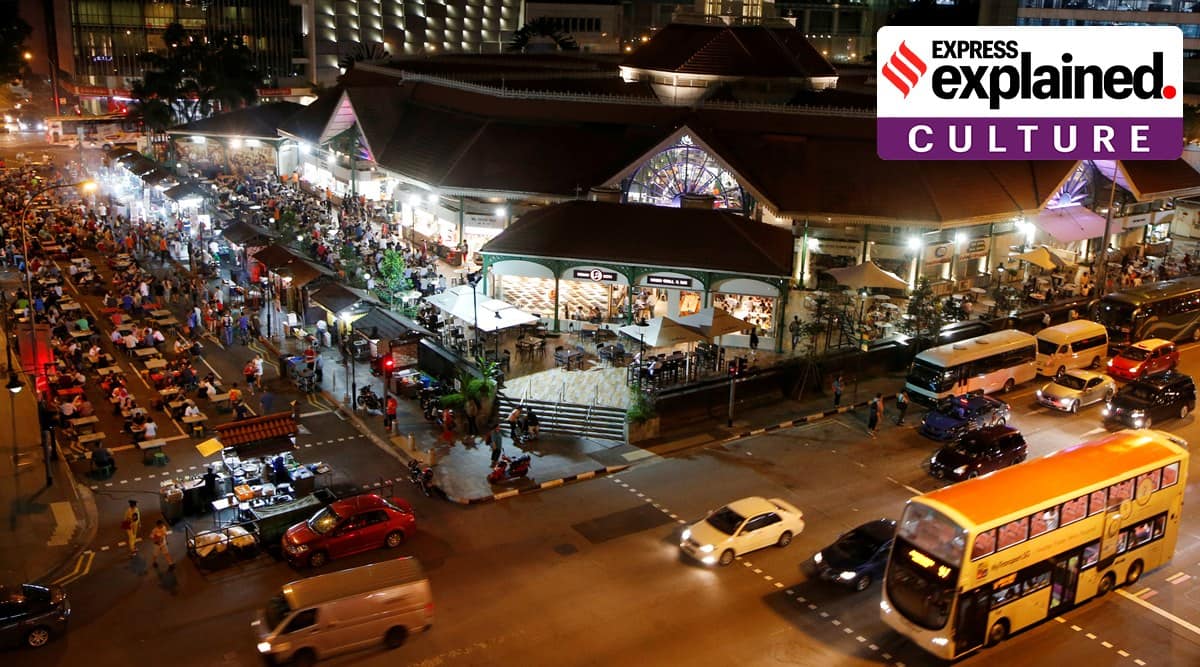 Last week, one of Singapore’s most popular attractions, its vibrant street hawker culture, was designated an Intangible Cultural Heritage by the Unesco. It is now part of a list that includes practices such as yoga from India, reggae music from Jamaica, Finland’s sauna culture and Turkey’s endangered whistled language.

Singapore’s street hawkers are an indelible part of the city-state’s local life, as seen in the hit film Crazy, Rich Asians (2018), which has scenes set in Newton Market, one of most popular late-night street food destinations in the city.

People from all walks of life patronise these stalls, and according to the Singapore government’s heritage website, set up during the submission process to the the Unesco’s Representative List of the Intangible Cultural Heritage of Humanity, nine out of 10 Singaporeans believe that the street hawker culture is an important part of their national identity.

According to the heritage website, the history of this vibrant street food culture goes back to the 1800s when Singapore became an important trading hub of the British empire. Immigrants from all across the region — China, India, the Malay archipelago — were drawn to the employment opportunities presented by the busy port city, and many of them took to selling food on the streets.

They remained a part of the city’s life even after Singapore gained independence in 1965. Soon after this, in 1968, the authorities began to license street hawkers and move them to specially-built hawker centres, a process that continued until 1986.

Over the years, the Singapore government, under its National Environment Agency, has implemented many steps to keep the hawker culture alive, including setting up the Incubation Stall Programme for aspiring street hawkers, the Hawkers’ Development Programme which equips aspiring and existing street hawkers with relevant skills, such as social media marketing, and the Hawker’s Productivity Grant, which offers funding to individual stall owners to encourage them to be more productive by using automated equipment.

Singapore’s street food has fans across the world, and has earned much critical acclaim as well. In 2016, Chinatown’s Liao Fan Hawker Chan, famous for its Soya Sauce Chicken Rice and Roasted Pork Noodles, became the first hawker stall in the world to be awarded a Michelin star. Many other stalls in Singapore have since earned the coveted recognition, making them some of the cheapest Michelin-starred eateries in the world.

A vibrant but struggling culture

Despite being a beloved local institution and attracting dedicated state support, however, the hawker culture has been beset by problems, including the fact that fewer and fewer young Singaporeans are keen to work the long, hard hours that a street hawking stall requires. Additionally, the rising costs of ingredients has made it increasingly unsustainable to sell high quality food that is cheap.

This year, the Covid-19 pandemic, which has left much of the global food and hospitality industry in tatters, also hit Singapore’s street vendors hard. While community initiatives, such as Hawker Heroes SG, which offers a completely free delivery service to the worst-hit hawkers, have come up, the Unesco announcement is expected to provide a much-required boost to Singapore’s unique street hawker culture.