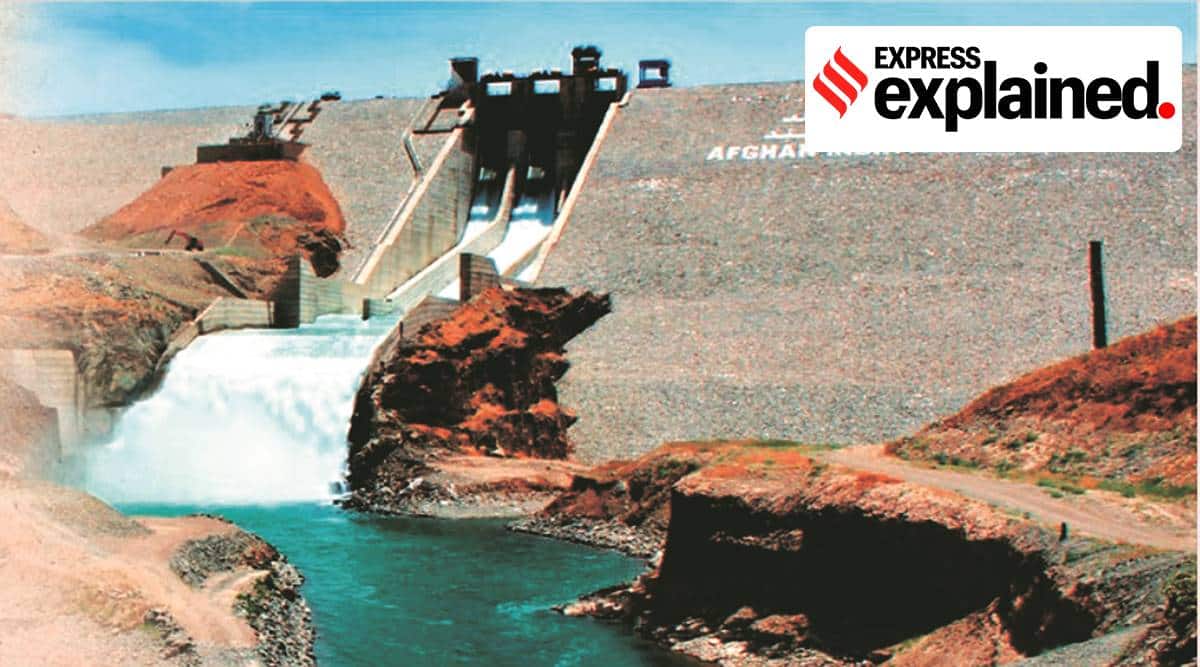 As the Taliban push ahead with military offensives across Afghanistan, preparing to take over after the exit of US and NATO forces, India faces a situation in which it may have no role to play in that country, and in the worst case scenario, not even a diplomatic presence.

That would be a reversal of nearly 20 years of rebuilding a relationship that goes back centuries. Afghanistan is vital to India’s strategic interests in the region. It is also perhaps the only SAARC nation whose people have much affection for India.

After a break between 1996 and 2001, when India joined the world in shunning the previous Taliban regime (only Pakistan, the UAE, and Saudi Arabia kept ties), one way New Delhi re-established ties with the country in the two decades after the 9/11 attacks was to pour in development assistance, under the protective umbrella of the US presence.

This was timely help. After five years of near-mediaeval rule by the Taliban from 1996, preceded by a half a dozen years of fighting among mujahideen warlords following the Red Army’s withdrawal in 1989 — the decade before that too was of fighting as the US-backed, Pakistan-trained mujahideen took on the Soviet military — Afghanistan was in ruins.

India built vital roads, dams, electricity transmission lines and substations, schools and hospitals, etc. India’s development assistance is now estimated to be worth well over $3 billion. And unlike in other countries where India’s infrastructure projects have barely got off the ground or are mired in the host nation’s politics, it has delivered in Afghanistan. The 2011 India-Afghanistan Strategic Partnership Agreement recommitted Indian assistance to help rebuild Afghanistan’s infrastructure and institutions; education and technical assistance for capacity-building in many areas; encourage investment in Afghanistan; and provide duty-free access to the Indian market. Bilateral trade is now worth $1 billion.

Projects across the country

Speaking at the Afghanistan Conference in Geneva in November 2020, External Affairs Minister S Jaishankar said “no part of Afghanistan today is untouched by the 400-plus projects that India has undertaken in all 34 of Afghanistan’s provinces”. The fate of these projects is now up in the air.

SALMA DAM: Already, there has been fighting in the area where one of India’s high-visibility projects is located — the 42MW Salma Dam in Herat province. The hydropower and irrigation project, completed against many odds and inaugurated in 2016, is known as the Afghan-India Friendship Dam. In the past few weeks, the Taliban have mounted attacks in nearby places, killing several security personnel. The Taliban claim the area around the dam is now under their control.

ZARANJ-DELARAM HIGHWAY: The other high-profile project was the 218-km Zaranj-Delaram highway built by the Border Roads Organisation. Zaranj is located close to Afghanistan’s border with Iran. The $150-million highway goes along the Khash Rud river to Delaram to the northeast of Zaranj, where it connects to a ring road that links Kandahar in the south, Ghazni and Kabul in the east, Mazar-i-Sharif in the north, and Herat in the west.

With Pakistan denying India overland access for trade with Afghanistan, the highway is of strategic importance to New Delhi, as it provides an alternative route into landlocked Afghanistan through Iran’s Chabahar port. Jaishankar told the November 2020 Geneva Conference that India had transported 75,000 tonnes of wheat through Chabahar to Afghanistan during the pandemic.

Over 300 Indian engineers and workers toiled alongside Afghans to build the road. According to a Ministry of External Affairs publication, 11 Indians and 129 Afghans lost their lives during the construction. Six of the Indians were killed in terrorist attacks; five in accidents. India has also built several smaller roads.

PARLIAMENT: The Afghan Parliament in Kabul was built by India at $90 million. It was opened in 2015; Prime Minister Narendra Modi inaugurated the building. In an expansive speech about India-Afghanistan friendship — he quoted Rumi, who was born in Balkh, Afghanistan, and the immortal Yaari hai imaan mera yaar meri zindagi from Zanjeer, featuring Pran in the role of Sher Khan, the Pathan — Modi described the building as India’s tribute to democracy in Afghanistan. A block in the building is named after former PM AB Vajpayee.

STOR PALACE: In 2016, Afghan President Ashraf Ghani and Prime Minister Modi inaugurated the restored Stor Palace in Kabul, originally built in the late 19th century, and which was the setting for the 1919 Rawalpindi Agreement by which Afghanistan became an independent country. The building housed the offices of the Afghan foreign minister and the ministry until 1965. In 2009, India, Afghanistan, and the Aga Khan Development Network signed a tripartite agreement for its restoration. The Aga Khan Trust for Culture completed the project between 2013 and 2016.

POWER INFRA: Other Indian projects in Afghanistan include the rebuilding of power infrastructure such as the 220kV DC transmission line from Pul-e-Khumri, capital of Baghlan province to the north of Kabul, to beef up electricity supply to the capital. Indian contractors and workers also restored telecommunications infrastructure in many provinces.

HEALTH INFRA: India has reconstructed a children’s hospital it had helped build in Kabul in 1972 —named Indira Gandhi Institute for Child Health in 1985 — that was in a shambles after the war. ‘Indian Medical Missions’ have held free consultation camps in several areas. Thousands who lost their limbs after stepping on mines left over from the war have been fitted with the Jaipur Foot. India has also built clinics in the border provinces of Badakhshan, Balkh, Kandahar, Khost, Kunar, Nangarhar, Nimruz, Nooristan, Paktia and Paktika.

TRANSPORTATION: According to the MEA, India gifted 400 buses and 200 mini-buses for urban transportation, 105 utility vehicles for municipalities, 285 military vehicles for the Afghan National Army, and 10 ambulances for public hospitals in five cities. It also gave three Air India aircraft to Ariana, the Afghan national carrier, when it was restarting operations.

OTHER PROJECTS: India has contributed desks and benches for schools, and built solar panels in remote villages, and Sulabh toilet blocks in Kabul. New Delhi has also played a role in building capacity, with vocational training institutes, scholarships to Afghan students, mentoring programmes in the civil service, and training for doctors and others.

ONGOING PROJECTS: At the Geneva Conference in November, Jaishankar announced that India had concluded with Afghanistan an agreement for the construction of the Shatoot Dam in Kabul district, which would provide safe drinking water to 2 million residents. He also announced the start of some 100 community development projects worth $80 million.

Last year, India pledged $1 million for another Aga Khan heritage project, the restoration of the Bala Hissar Fort south of Kabul, whose origins go back to the 6th century. Bala Hissar went on to become a significant Mughal fort, parts of it were rebuilt by Jahangir, and it was used as a residence by Shah Jahan.

Despite the denial of an overland route by Pakistan, India-Afghanistan trade has grown with the establishment in 2017 of an air freight corridor. In 2019-20, bilateral trade crossed $1.3 billion, Afghan government officials said at a recent interaction with Indian exporters in Mumbai. The balance of trade is heavily tilted — exports from India are worth approximately $900 million, while Afghanistan’s exports to India are about $500 million.

Afghan exports are mainly fresh and dried fruit. Some of this comes overland through the Wagah border; Pakistan has permitted Afghan trade with India through its territory. Indian exports to Afghanistan take place mainly through government-to-government contracts with Indian companies. Exports include pharmaceuticals, medical equipment, computers and related materials, cement, and sugar.

Two air corridors — Kabul-Delhi and Herat-Delhi — are in operation now. Trade through Chabahar started in 2017 but is restricted by the absence of connectivity from the port to the Afghan border. Trade volumes are minuscule.