The ruling Shiv Sena-Congress-NCP coalition is using the Pankaja Munde episode to claim that 'OBCs are being sidelined in the BJP'. 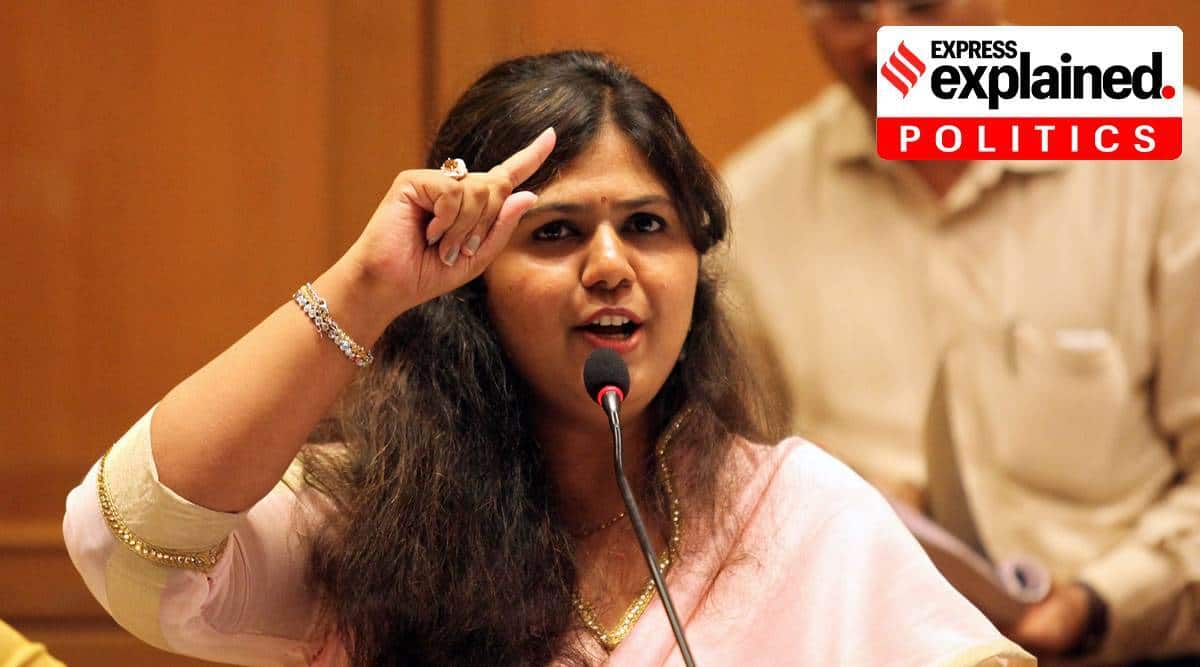 In Maharashtra’s political circles, while some say the protest was orchestrated to reassert the Munde factor within the BJP, others point out it could prove counter-productive.

Why is Pankaja Munde unhappy with BJP?

Some supporters of the BJP national secretary believe there is a design within the organisation to systematically sideline her. After losing the 2019 Assembly elections from Parli in Beed district, Pankaja was hoping the party would nominate her to the state legislative council, where she could be leader of opposition. Instead, the BJP chose Ramesh Karad.

Later, when it came to the Rajya Sabha seat, she was again passed over, and Bhagwat Karad from Aurangabad, from the same Vanjara community as her, got the seat. In the recent Union cabinet expansion, she had hoped her younger sister Pritam Munde would be considered, but Bhagwat, an old associate of her father, late Gopinath Munde, was made MoS for finance.

How will her followers’ unrest impact Maharashtra BJP?

The three-day drama, which saw 105 members representing various local bodies resign, has exposed unrest within the BJP. Though the recent discontent was limited to Beed and partly to Ahmednagar district, such a development in a cadre-based organisation that is in the opposition does not augur well, indicating the absence of a robust mechanism to address differences through dialogue.

How will it translate into electoral politics?

If the unrest among Munde followers rises, it will affect the local bodies polls in Beed district in 2022. The Assembly and Parliamentary polls are scheduled for 2024, so it is difficult to ascertain the impact on them.

The Mundes still wield sizable clout among the Vanjara community, which comes under the OBC category. Even now, the late Gopinath Munde is revered across Maharashtra.

Will Munde quit BJP if the party fails to meet her demands?

By declaring PM Modi and Union Home minister Amit Shah as her leaders, Munde has given the indication that she will not take any extreme measure at present. At the same time, she has kept a small window open. As she put it, “Why leave the house we built? But if the roof collapses, we will think.”

Senior BJP leader and former minister Sudhir Mungantiwar said, “Pankaja Munde’s association with BJP is beyond politics. She will never quit the BJP. The tough-talking is sometimes necessary to placate angry followers, who wish to see their leader rise to a certain position. Moreover, Pankaja is among the few OBC faces we have in the BJP. She is an able and hard-working leader who knows how to shoulder responsibilities.”

Will the party reward Pankaja Munde?

There are two versions emerging from the party on this. One section believes Pankaja will be accommodated in the Rajya Sabha by the year’s end.

The second view is that she is already a national secretary, has been made assistant in-charge of an important state like Madhya Pradesh, and should now deliver.

The state and central BJP leaders dismiss the charge that Munde got a raw deal in the party.

A senior BJP general secretary, requesting anonymity, said, “In 2009, Pankaja Munde was given the ticket to contest from Parli Assembly seat without having to prove her merit in the organisation. After Gopinath Munde’s demise in June 2014, the party gave the Beed Lok Sabha ticket to Pritam. Where is the injustice? We already have two from the Munde family holding important posts, when there are thousands of workers who struggle for years before making it to even a local body.”

The ruling coalition partners are using this discontent to claim that “OBCs are being sidelined in the BJP”.

NCP minister Nawab Malik was quick to point out how the BJP had badly treated another OBC leader, Eknath Khadse, and forced him to quit. Khadse has now joined the NCP. In fact, a senior Sena leader has said Pankaja “is welcome in the Shiv Sena.”