Among the several strategies that they designed to defeat Naidu, one was a trap that they set in the form of Special Category Status (SCS) to Andhra Pradesh. 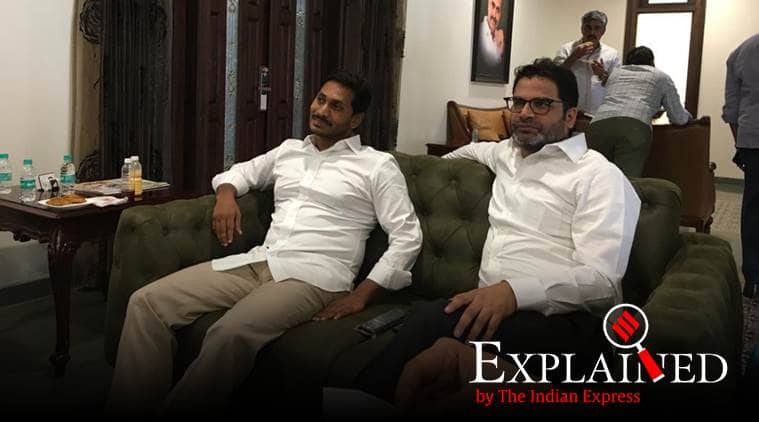 While Y S Jagan Mohan Reddy is reaping the reward of the hard work he has done over the last eight years ever since he founded YSR Congress Party in March 2011, the success in Andhra Pradesh is another feather in the cap of political strategist Prashant Kishor and his Indian Political Action Committee (IPAC) team. On Thursday, Prashant Kishor sat beside Jagan at the YSRCP office and watched the results come in.

Prashant was appointed as special advisor to Jagan in May 2017 and together they devised the strategy to wrest AP from Telugu Desam Party and N Chandrababu Naidu. Among the several strategies that they designed to defeat Naidu, one was a trap that they set in the form of Special Category Status (SCS) to Andhra Pradesh. Halfway through his gruelling ‘Praja Sankalpa Yatra’ which began on November 6, 2017, Jagan raised the issue of SCS and slammed Naidu for not being able to get it for the state. He accused Naidu of going soft even though BJP reneged on its promise of giving SCS after coming to power in 2014.

In a bid to counter Jagan, Naidu who was caught off guard started mounting pressure on the BJP. Locking horns with the saffron party,  TDP MPs and Union Ministers Ashok Gajapati Raju and Y S Chowdhary resigned and in spite of a warning from BJP that Naidu was walking into the YSRCP’s trap, Naidu decided to part ways with the NDA.

The stage was set for YSRCP victory.

In 2014, TDP won with a slender margin of less than 2 per cent votes with the help of BJP and also due to actor-turned-politician K Pavan Kalyan campaigning on its behalf. In 2019, without the support of BJP nor Pavan Kalyan’s Jana Sena Party, the TDP was decimated.

Behind Jagan’s success is the work done by IPAC which was founded by Prashant Kishor and which he continues to mentor after he moved to JD(U). In fact, as Jagan continued to cover a lot of political ground and pushed Naidu to the wall, the latter accused Kishor of engineering deletion of voters lists in AP. At a public meeting, Naidu even called him a Bihari dacoit. Prashant hit back saying the “seasoned politician” was “rattled” because of “imminent defeat.”  “Sirji rather than using derogatory language that shows your prejudice and malice against Bihar, just focus on why people of AP should vote for you again,’’ Kishor tweeted.

IPAC was the main campaign vehicle of YSRCP and since May 2017, it was involved in managing 35 campaigns for the YSRCP – 17 on-ground and 18 online. Starting with the 14-month long Praja Sankalpa Yatra during which Jagan directly interacted with approximately 2 crore people in the state. This was followed by the Jagan Anna Pilupu campaign, wherein Jagan wrote personalized letters to over 60,000 village-level neutral influencers, seeking their inputs to create a blueprint for the development of Andhra Pradesh. Jagan’s direct outreach was not just limited to the voters and influencers, he also conducted a series of district-wise meeting with over 5 Lakh YSRCP booth workers under the banner of Samara Shankaravam.

IPAC helped the YSRCP to conduct 5 exhaustive door-to-door outreaches over the past 2 years. These include Navaratnalu Sabhalu – under which the party leaders took the message of Jagan’s Navaratnalu (nine gems—promises of YSRCP) to each home; YSR Kutumbam – to invite people to join the YSR family, Rachabanda – Palenidra – under this campaign leaders and booth-workers conducted small meetings and collected signatures for the SCS, Ravali Jagan Kavali Jagan – to ask people to support Jagan in the elections, and Jagan Anna Kanuka – which was the last outreach campaign done in the couple of weeks right before the polling by MLA candidates and volunteers.

Apart from on-ground campaigns, IPAC was also responsible for YSRCP’s digital campaign. Over the last two years, IPAC built a vast network of volunteers all across AP. The Team Jagananna App included thousands of volunteers who wanted to take Jagan’s message to the people. More than 70,000 youth registered on the Young Leaders for Navya Andhra (YLNA) platform, under which they would be mentored for a role in politics by Jagan and Prashant Kishor. IPAC also created the YSRCP campaign song ‘Ravali Jagan Kavali Jagan’, which went on to become the most watched political campaign song with 2.2 crore views.

IPAC also conceptualized and executing campaigns such as “Ninnu Nammam Babu’’ (We wont trust you, Chandrababu) and Bye Bye Babu. To execute these campaigns, IPAC had almost 400 people working in Andhra Pradesh.