Lionel Messi’s acquisition, thus, has the potential to not only fulfil PSG’s ultimate ambition of landing the Champions League trophy, but could also change the profile and image of the least celebrated of Europe’s top five football leagues. 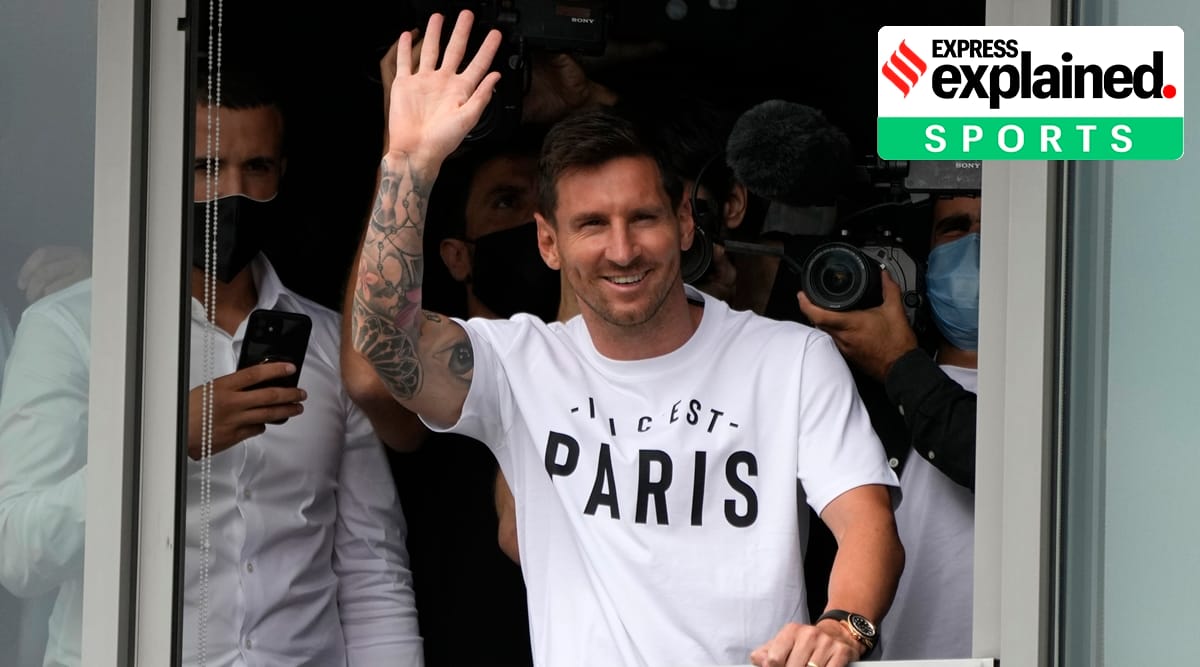 Moments after Paris Saint-Germain (PSG) unveiled Lionel Messi in the backdrop of a gleaming Eiffel Tower, the Twitter handle of Ligue One, the premier division of French football, posted an image of a goat leaning on a farm fence. Underneath the picture, a caption read, “The farmers have a new GOAT”. The caption was a cheeky retort to the French league’s condescending moniker, “the farmer’s league.”

Messi’s acquisition, thus, has the potential to not only fulfil PSG’s ultimate ambition of landing the Champions League trophy which has tantalisingly eluded them in the past couple of years, but could also change the profile and image of the least celebrated of Europe’s top five football leagues.

How could Messi change PSG’s profile?

Even before the Argentine’s arrival, PSG boasted of a high-quality side, albeit without an identity. There were attackers of the calibre of Neymar, Kylian Mbappe and Angel di Maria. But they lacked a figurehead. Now they have Messi, who could be the centre of PSG’s universe, the other stars revolving around him, and glowing brighter in his radiance.

Straightaway, he would solve two of PSG’s debilitating problems. A) He would be the key to unlock teams that sit deep and defend. With the pace and trickery of the Neymar-Mbappe axis, PSG are a supersonic counter-attacking side, but against resilient, park-the-caravan sides, they struggled for goals. Messi is a space-master, and has divine skills in decongesting tight spaces (among other gifts). B) Apart from Neymar and the moody Di Maria, they lacked creativity in the frontline. Often, containing them was as straightforward as stifling Neymar and frustrating Di Maria. Now, adversaries have to wrack their brains over stopping one of the finest players ever. It automatically makes them Champions League contenders, and it would benefit them that Messi is equally desperate to lift what he described as “that beautiful and desired cup” last year as his new employers are. A win-win situation for both, and if he helms PSG to their Holy Grail, they would no longer be considered the upstarts of Europe, but a genuine footballing powerhouse.

Financially, PSG would land a windfall in terms of sponsorship deals and jersey sales, even if one considers the head-slumping annual salary of 41 million pounds plus bonuses for Messi. For instance, when Cristiano Ronaldo signed for Italian giants Juventus in 2018, more than 60 million pounds worth of shirts were sold in just 24 hours.

How would Messi transform the PSG front-line?

He could transform PSG’s forward-line into one of the deadliest and exciting tridents. It could benefit Messi too, as he likes functioning in tandem with forwards who are quick of both mind and feet. Both Mbappe and Neymar conform to this pattern — they are quick, skilful and intuitive. Messi and Neymar operated with hypnotic telepathy in their days at Barcelona, an alliance both of them revelled in. In his last years with the Catalan giants, Messi had made it public that he missed the ingenuity of Neymar, just as the latter has missed the unselfish service of Messi. Neymar was often over-burdened with the prime creator-chief scorer dual roles, while Messi’s sumptuous deliveries and movements would often be laid to waste by Barcelona’s forwards on apprenticeship. Neymar, for all his veritable skills, likes to operate as an understudy than the main man. On the pitch, he likes attention away from himself.

How Messi would combine with Mbappe would be an equally gripping watch. There could be echoes of his combination with Luis Suarez, but this could turn out to be even more prolific, as the Frenchman is a far more finished product than the Uruguayan was at 23. He could shed some of his goal-creating chores and blossom into the prolific target-man he aspires to be. Messi’s creativity, thus, could be more fulfilling when he sees Mbappe and Neymar prowling from the corner of his eyes.

Where is Messi likely to play?

Given his stature and versatility, he could play wherever he wants. But for structural regularity, his role needs clarification. Most likely, he could operate as a classical No. 10 in a 4-2-3-1 formation, dropping behind Mbappe and enabling Neymar and Di Maria to get ahead of him on either flank. He could be the axis of PSG’s attacking compass.

He could also drop deeper and play an attacking midfielder role, from where he could release Mbappe and Neymar with quick passes as well as disrupt the opposition’s marking. But if PSG needs defensive cover, like when they play against a pressing side like Liverpool, Messi could morph into a right-sided forward, where he and Mbappe would constantly interchange roles and positions. This system would enhance his goal-scoring threat too.

There could be the temptation of using him as a wide winger, more so if manager Mauricio Pochettino employs a three-man defence. Though Messi is not as quick as he was in his early days as a winger, he still possesses a considerable threat with his knack of manipulating space and linking up with full-backs. In short, Messi’s injection offers PSG flexibility in both attack and defence.

How does his presence lift Ligue 1’s profile?

Apart from sporadic upsets, French teams pass unnoticed in the Champions League; their league seldom invokes any interest outside France. Uninspiring, uncompetitive and unglamorous, even after Qatari-state funding of PSG, it has not the grandeur of the English Premier League (EPL) or the heritage of the Dutch league; it has never been a nursery of tactics like the Bundesliga or Serie A. The league has struggled for lucrative broadcast deals, and the one it finally got four years ago collapsed in the onslaught of the pandemic. It led to a slump in sponsorship deals while many clubs were suddenly left with little money to pay their players.

In a Deloitte report of 2019-20, the EPL earned revenue of 5800 million pounds; Ligue one made just 1902 million pounds. The arrival of the world’s most marketable sportsman could see an upturn, many believe. At least till the time he is playing for PSG, Ligue 1 will see audience swelling and revenue piling. If the league could seize on Messi-mania, it could banish the ‘farmer’s league’ moniker and convert it into a farm where GOATS graze, besides catapulting Ligue 1 to global attention and admiration.