The surge is fuelled by the new variants of the virus such as the B117 mutation first detected in the United Kingdom. 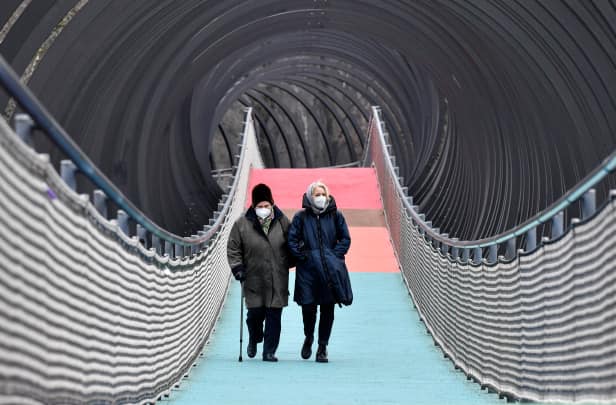 Several countries are extending or reintroducing lockdowns and restrictions as a third wave of the novel coronavirus sweeps the world.

The surge is fuelled by the new variants of the virus such as the B117 mutation first detected in the United Kingdom. It is said to be 50% more transmissible than the original virus and may also be more deadly. “The spread of the variants is driving the increase. But so is the opening of society when it is not done in a safe and a controlled manner,” Hans Kluge, the WHO’s Europe director, said.

After reopening schools in late February and allowing hairdressers and some shops to resume business in March, Germany may prolong its partial lockdown which ends on April 18 as the country recorded 29,000 new cases on Thursday. Most of those being infected were in the 15 to 49 age group, much younger than those in the first two waves.

The number of cases in the over-90s is also on the rise. Death rates have levelled off over the past two or three weeks, but not gone down. Almost 80,000 people in Germany have died of the virus.

Almost 5,000 ICU beds are taken up by Covid-19 patients, and the figure is expected to rise to 6,000 by the end of the month. Covid patients also made up 80% of those in hospital on heart and lung replacement machines to keep them alive, figures released by the Robert Koch Institute stated.

France entered its third national lockdown in early April to tackle a surge in cases of Covid-19 that threatens to overwhelm the country’s hospitals. All schools and non-essential shops have been shut till the end of April and a curfew has been imposed from 7 pm to 6 am.

The country on Thursday became the latest one to record more than 100,000 deaths due to Covid-19. The threshold was reached after 300 fatalities were registered over the past 24 hours, bringing the official toll to 100,077.

Like other countries, Emmanuel Macron’s government is also counting on vaccines to help bring the outbreak under control. By April 14, France had administered a total of 15.75 million vaccine doses, of which 11.6 million were first doses, according to data disclosed by health authorities.

More than half the country — including Milan and Rome — is already under the new regime, which placed any region with more than 250 cases per 100,000 automatically in the “red” category, meaning bars, restaurants and schools must close.

The Dutch government said on Thursday that early easing of lockdown will not be feasible as night-time curfew and other restrictions would remain until at least April 28 due to a rise in cases. This comes at a time when the country reported 5,503 cases on Wednesday, an almost 35% increase when compared to daily infections being reported a month back.

Earlier the government had said they were looking at easing restrictions on April 21 by lifting the curfew and allowing bars and restaurants to welcome guests in outdoor spaces.

The Polish government has extended the nationwide Covid-19 lockdown till April 25, saying the recent spike in cases have taken a toll on the country’s healthcare system. On Wednesday, 21,283 people had tested positive in Poland. The country has so far reported 2,621,116 confirmed cases, while the death toll stands at 59,930.

The restrictions include one customer per 20 square meter in shops and places of worship while furniture and hardware stores larger than 2,000 square meters will stay closed. Hotels and other establishments offering sleeping facilities will have restrictions imposed till May 3.

Prime Minister Justin Trudeau has warned that Canada is fighting against a “very serious third wave of infections” as the new variant of the virus is spreading fast across the country.

“Around the world, countries are facing a very serious third wave of this pandemic,” Trudeau told a press conference. “And right now, so is Canada.”

Canada has averaged nearly 5,200 new coronavirus cases per day over the past week, and has recorded a total of more than a million positive tests and 23,000 deaths.

The government was forced to impose a limited lockdown in Ontario —the nation’s most populous city — as experts called for more stringent measures.