While there can be many other reasons for intense weather events, the trajectory is clear — climate change remains the most significant contributing factor that is causing more powerful heat waves, droughts and bigger storm surges. 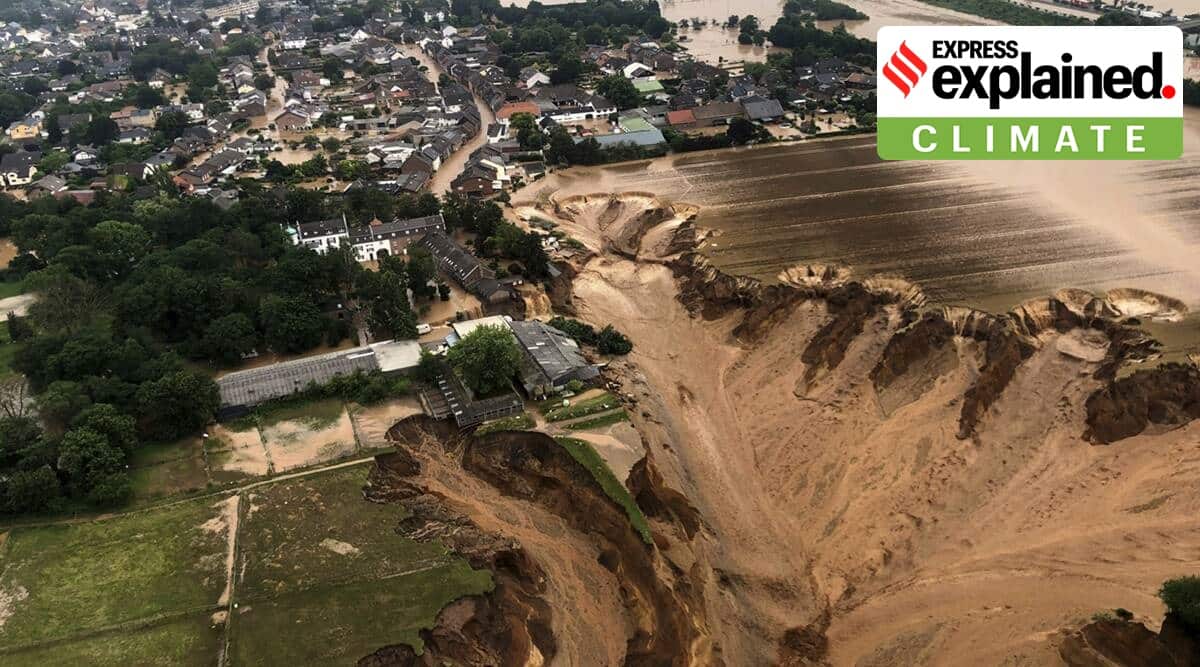 Even as countries are grappling with the Covid-19 pandemic, climate change remains one of the biggest threats. This year, people around the world have been doubly hit by the pandemic and extreme weather events which experts say have been fuelled by climate change.

We look at some of the extreme weather events across the world this year and try to explore if they are being caused by climate change.

2021: A year of extreme weather events

Among the extreme weather events across the world this year are the unprecedented heat wave that drove temperatures across Canada and parts of the United States to a record high, causing hundreds of deaths between June 25 to 30; the recent floods in Germany that killed over 180 people in the country; cyclones Tauktae and Yaas that hit India’s west and east coasts respectively; as well as the floods in New South Wales in February.

The frequency and strength of such weather disasters around the world have raised fresh concerns regarding climate change, with scientists detecting a stronger link between global warming and changing weather patterns.

While there can be many other reasons for intense weather events, the trajectory is clear — climate change remains the most significant contributing factor that is causing more powerful heat waves, droughts and bigger storm surges.

Why were these events unusual?

The heat wave that engulfed the northwest of Canada and the US last month shattered long-standing temperature records by several degrees, with temperatures settling above 40°C for days and reaching 49.6°C — 4 degrees higher than the previous record — in the village of Lytton, Canada and 46.7°C in Portland city in Oregon, US.

This was the warmest temperature recorded in Portland — 5.6 degrees hotter than the daily maximum in June, according to Centres for Disease Control and Prevention (CDC).

The city is known for its rainy weather and little sunshine, but the blistering heat caught many unawares this time and demand for air conditioners and fans soared, the Reuters reported.

Germany received record rainfall this time, with Chancellor Angela Merkel describing it as a catastrophe of “historic scale”. Areas of Rhineland-Palatinate and North Rhine-Westphalia were hit by 148 litres of rain per square metre in just 48 hours in a part of Germany that usually sees about 80 litres in the entire month.

Flooding at Köln-Stammheim station was the most striking as it broke more than a dozen records with 154mm of rain in over 24 hours, obliterating the city’s previous daily rainfall high of 95mm.

The NSW rainfall in March also broke records, causing the worst flooding on the mid-north coast since 1929, according to the emergency services minister David Elliott. Moreover, the floods came on the heels of other extreme weather events that happened in NSW over the recent years, including droughts, extreme heatwaves and the Black Summer bushfires.

Climate scientists have long predicted that human emissions would cause more floods, heatwaves, droughts, storms and other forms of extreme weather.

Carbon dioxide in the atmosphere averaged 419 parts per million in May this year, according to the National Oceanic and Atmospheric Administration (NOAA). “That’s the 2021 peak for atmospheric carbon dioxide measured at NOAA’s Mauna Loa Atmospheric Baseline Observatory — the highest level in 63 years,” wrote NOAA in a tweet.

It is always difficult to determine forthwith the impact of climate change on extreme weather patterns, but there is plenty of evidence showing that high temperatures and heat waves have been exacerbated by climate change.

In fact, heat waves across the US have become more frequent and longer-lasting since the 1960s, which is consistent with a warming climate.

According to NOAA’s Climate Extremes Index, there has been a drastic increase in the area in the Southwest that is experiencing extremely high temperatures in summer over the last 20 years, with very little relief in the last six years.

Moreover, according to the Climate Science Special Report, global temperatures are likely to continue to increase due to the release of greenhouse gases.

The other important point of concern remains that temperatures at the Earth’s poles are rising at two to three times the temperature at the equator. According to a report by Reuters, this weakens the jet stream of the mid-latitudes, situated over Europe. During summer and autumn, the weakening of the jet stream has a causal effect resulting in slower-moving storms. This can result in more severe and longer-lasting storms with increased intensity.

A study published in Nature journal in 2016 stated that human-induced global warming has contributed to the increased frequency and intensity of cyclonic storms over the Arabian Sea.

Roxy Mathew Koll, a climate scientist at the Indian Institute of Tropical Meteorology, recently told The Guardian that the Indian Ocean is heating up at a faster pace in comparison to the Pacific or the Atlantic. And in fact, the western parts of the Indian Ocean are warming up even more.

This is of particular concern as several studies have found that a rise in the temperature of the sea surface is related to the changes in the intensity and frequency of cyclones.