The advertisement states that the term "milk" is being encroached by plant-based beverages made from soya, almonds, oats and others, which Amul believes is misleading for consumers. 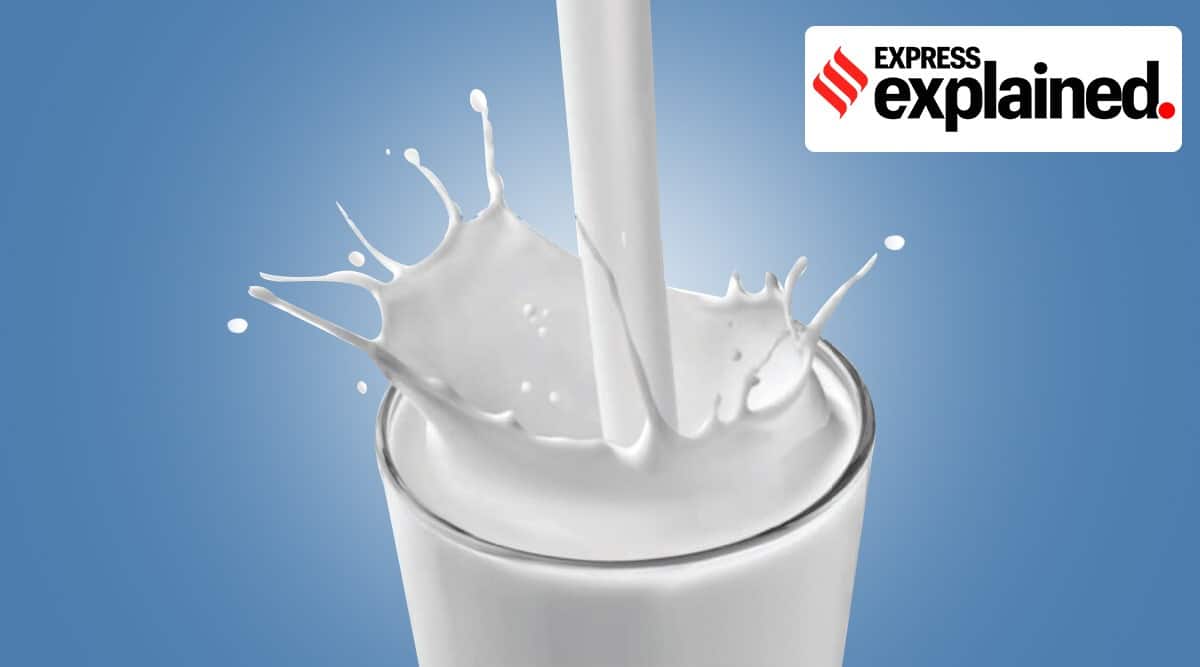 In a newspaper advertisement this week, dairy cooperative Amul sought to bust “myths” about non-dairy beverages that are alternative to milk.

The advertisement states that the term “milk” is being encroached by plant-based beverages made from soya, almonds, oats and others, which Amul believes is misleading for consumers.

Amul has been very aggressive in defending its “milk” territory. Beginning with vanaspati, which was being marketed as “vegetable ghee”. The dairy industry’s claim is that ghee can only be milk fat, not vegetable fat.

Under new regulations set by the Food Safety and Standards Authority of India (FSSAI) in 2017, a company cannot claim or suggest in advertisements and packaging that a non-milk product is made out of milk.

By drawing attention to this and other proposed regulations on dairy analogues, Amul is making “an appeal of the dairy industry to FSSAI” to enforce existing rules and implement others on the subject.

Milk is the normal mammary secretion derived from milking of healthy milch animals, whereas dairy analogues are plant-based milk substitutes made from almonds, soy, coconut and others. 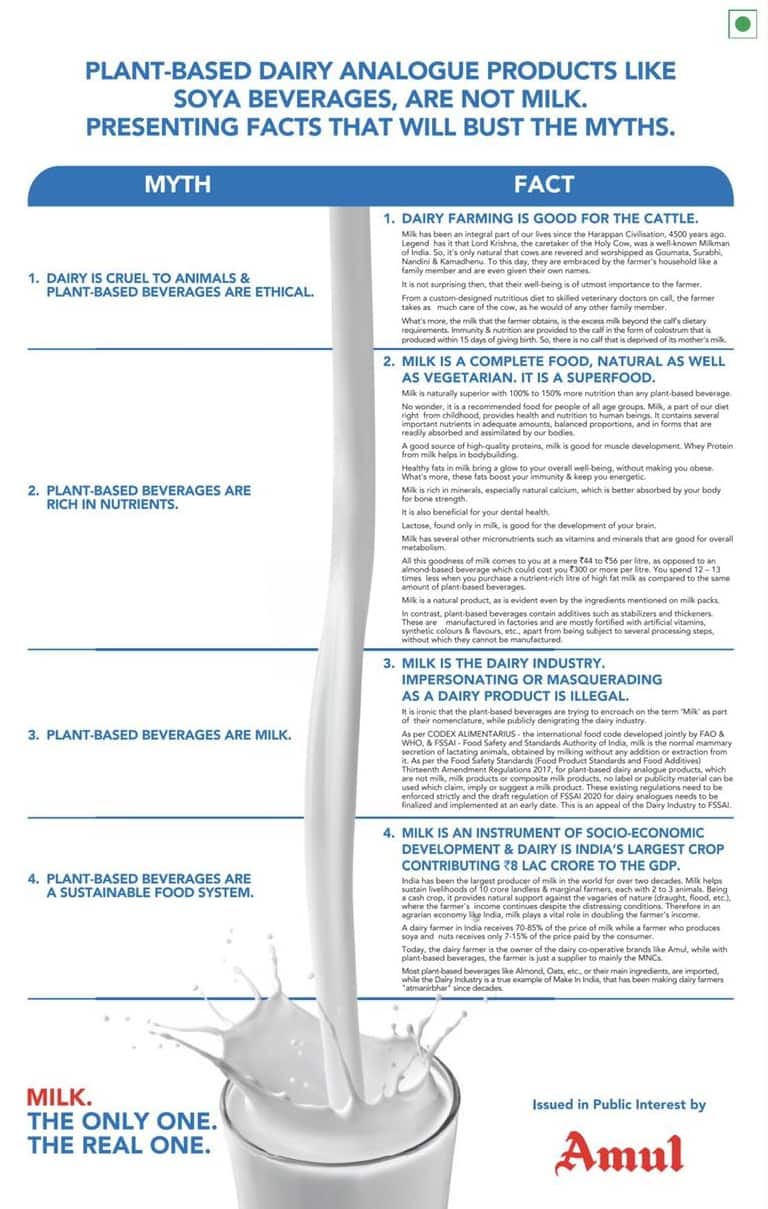 The nutritional value of plant-based substitutes is lower than that of milk derived from a cow or a buffalo. However, they are used for the same purposes as milk, often by people having dietary restrictions, allergies or intolerances arising out of dairy products. They are also opted by people for ethical or environmental concerns.

A television advertisement on ice-creams made by Amul, which has been emphasising that “milk is the dairy industry” and “impersonating or masquerading as a dairy product is illegal,” was in 2018 found disparaging to frozen dessert products by the Bombay High Court.

However the latest advertisement is aimed at consolidating consumers from the middle and higher income sections, who can afford dairy alternatives and may switch to it.

Almond and soy milk alternatives are the two more popular choices available in the market at present, however their price is much higher as compared to cow or buffalo milk.

A litre of soy milk costs around Rs 100, whereas almond milk is about Rs 300 — significantly higher than cow or buffalo milk which is around Rs 50. For those allergic to soy and almonds, there are other milk alternatives made from rice, coconut and oats.

Environmental concerns like greenhouse gas emissions from the dairy sector, pollution of water by improper handling of manure and other waste from dairies, also sometimes make people switch to non-dairy alternatives.

Ethical reasons cited by people for switching to milk alternatives include cruelty to cows and buffaloes at farms.

– With inputs from Harish Damodaran