During culling operations, all domestic birds in an infected area, i.e., an area in which a case of bird flu has been detected, are slaughtered and their remains either incinerated or buried. 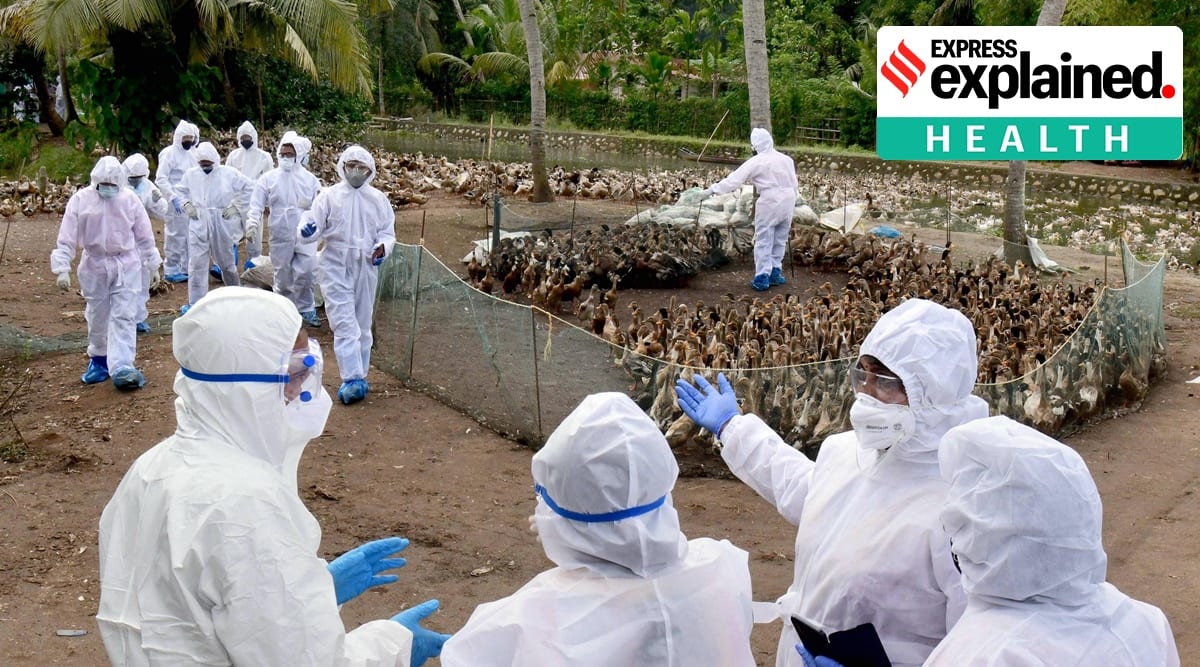 After culling of ducks and chickens in Kerala, the Haryana government has decided to cull poultry birds in Barwala after some of them tested positive for the avian influenza. The Indian Express explains the culling operation:

Mass slaughter of domestic poultry birds, such as chickens and ducks, to contain the spread of bird flu is called culling. During culling operations, all domestic birds in an infected area, i.e., an area in which a case of bird flu has been detected, are slaughtered and their remains buried.

In India, culling is done in a radius one kilometre from the site of infection, which is called the ‘infected zone’. This means all domestic birds present in commercial farms, backyard farms or live bird markets in the infected zone are culled.

Culling operations have been carried out in India and other countries at least since the second half of the 20th century with the advent of large commercial poultry farms where a viral disease can spread quickly. This period also saw frequent outbreaks of the avian influenza all around the world, and the diversification of the rapidly-mutating virus into a large number of strains.

Culling was earlier done only to stop the viral disease from spreading to birds in other farms outside the infected zone. It is now also aimed at protecting humans, ever since the first transmission to humans in 1997.

Why are only poultry birds culled?

Though wild and other birds may also carry the bird flu, only domestic poultry birds are culled since they are present in close proximity with people, raising the chances of transmission of the virus to humans, according to the central government’s bird flu action plan.

How are the birds killed in India?

By wringing their necks. “The birds should be culled by a quick twisting of the neck (cervical dislocation), taking care that the process is humane,” states the Action Plan for Prevention, Control and Containment of Avian Influenza. This method results in death from cerabral anoxia due to cessation of breathing and/or blood supply to the brain.

In the previous bird flu outbreaks in the country, the birds were killed directly using this method, but following the recent outbreak, the plan has been revised, and now requires the cullers to first administer an oral anaesthesia to birds weighing above three kilograms.

This new revision has been made on the recommendation of the World Organization for Animal Health (OIE), which has a manual for killing of animals for disease control purposes.

After culling, the bird carcasses are either burnt/incinerated or buried in deep pits which are then covered with layers of lime.

So, is the process ‘humane’?

The revised action plan, being followed by the Indian government from this year, is based on recommendations by the OIE when a small number of birds are to be killed, and other methods of killing are unavailable.

Normally, the OIE says, the cervical dislocation or neck-wringing method may be used by first making the poultry unconscious.

The OIE manual says cervical dislocation is non-invasive killing method and can be performed manually on small birds, but it is difficult in larger birds and results in operator fatigue. It also gives additional stress to the birds due to handling, among other disadvantages, says the OIE.

According to UK-based Humane Slaughter Association, neck dislocation may not always cause immediate insensibility, and is therefore not recommended without prior stunning.

There are a number of other culling methods such as electrical method, lethal injection and decapitation, each having their own advantages and disadvantages.

“Neck dislocation is obviously not a painless method. The method was especially difficult for culling ducks at the Sukhna Lake in Chandigarh following a bird flu outbreak in 2014, as they were large birds each 25 years old,” recalls Lovelesh Gupta, who was an animal husbandry officer at the time of culling.

Gupta, now retired, said the culling operation was carried out with a “painful heart”. “Those ducks were a part of the city’s beauty,” he said.