‘The cracks I saw yesterday were the largest I have seen in my life. We are scared.’

Two nights ago when Vijayant Rawat’s mother woke up in the night to go to the bathroom, she realised that the door wouldn’t open.

She kept pushing, but the door did not budge.

The next morning when family members went out to check, they found cracks. A portion of the terrace had sunk onto the bathroom door.

The house was built in 1984 by Vijayant’s father who had come to Joshimath from a village near Dhauli Ganga higher up on the hills. He worked as a clockmaker and built the interconnected pattern of the hill-style home, adding more rooms as the family grew and whenever there was money to spare.

The 12 odd rooms in the Rawat household are occupied by the families of Vijayant’s four brothers and their elderly mother who retired as a school teacher.

Cracks had developed in the house which is not far from the Mount View hotel. The hotel is being demolished because it had wide cracks and was leaning towards another hotel.

One part of Rawat’s house that faces the mountains has slightly sunk and the cracks has widened. The portion that joined two adjoining terraces sank overnight and cracks run through the house.

The house is on the street and 100 metres from the ‘red’ or ‘danger’ zone.

In the last week two teams have surveyed the home.

“Minor cracks due to earthquakes are normal in hill regions, but the cracks I saw yesterday were the largest I have seen in my life.”

“Even earthquakes don’t leave such wide cracks. We are scared,” says Vijayant Rawat, 50, a ski instructor and guide for whom winter tourism is the main season for earnings.

“I feel my career and livelihood is over in Joshimath. We had not even recovered from the loss of income due to Covid and now the hotels have been closed because the town is sinking.”

“I doubt tourists will come here again,” says Rawat who is packing a few things so that he can move his school-going children to a relative’s house in Dehradun for the time being.

“Business will be hit,” says Rawat who has been receiving calls about his welfare from tourists he has served as a guide and instructor to in the past. 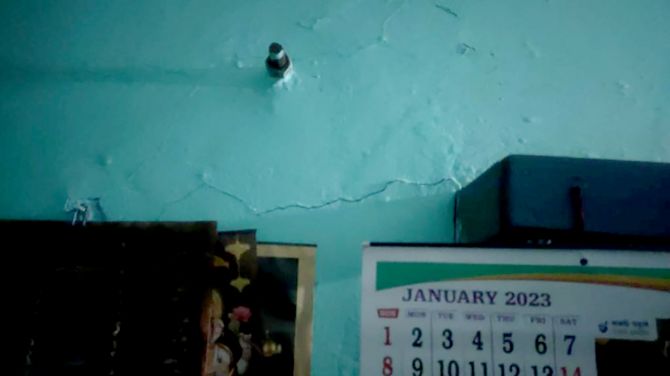 Winter tourism was the main source of income when skiers from India and abroad came to Auli. He would earn around Rs 300 per day working as a temporary ski instructor with the Garhwal Mandal Vikas Nigam, a Uttarakhand government initiative.

At the end of the ski season, he would work as a guide for pilgrims coming for the Badrinath Yatra.

“House are constructed in the mountains with great difficulty. People put their life’s savings into it. Hills folk also have limited avenues for livelihood, but in the past few years winter tourism was getting a good response. Skiing in Auli was getting famous at the international level,” says Rawat who has led ski teams as coach and lead instructor to Kashmir.

He has also participated in the government’s Khelo India Khelo games for the past two years.

“After the development undertaken in Kedarnath in the last few years, Badrinath was also seeing an infrastructure boost which had increased footfalls and all associated with tourism were able to make money down the chain — from hotels to chaiwalas and labourers.”

“I don’t think things can improve here. Joshimath will continue to sink. Only God or nature can save Joshimath,” he says grimly.

“There are so many scientific, geoglogical teams conducting surveys and who knows, international teams will also come to study the area.”

“The government should ensure that in future the people in hilly areas should not suffer like us. Informed experts should have the knowledge about what is happening below the earth and make policies accordingly.” 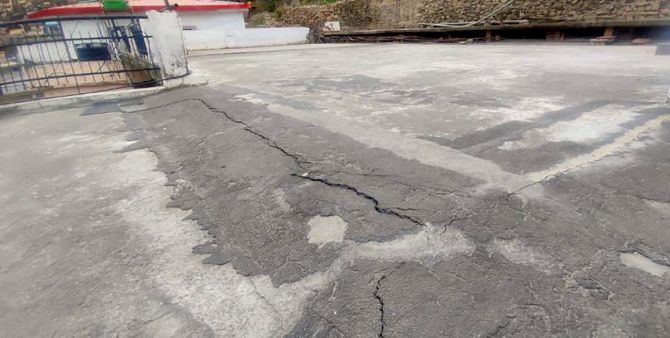 There are several villages and a big population that resides ahead of Joshimath town. Many of those villages are at risk because of the subsidence.

“These people have to come to Joshimath if they have to go to Rishikesh, Dehradun. Joshimath is central to Hemkund Sahib, Badrinath, the Valley of Flowers, Auli and is the base camp for all climbing mountains,” continues Rawat.

“It is an ancient town which is 2,500 years old founded by Adi Shankaracharya. It is very important both religiously and strategically because the Tibet-Chinese border is just 100-150 kms away.” 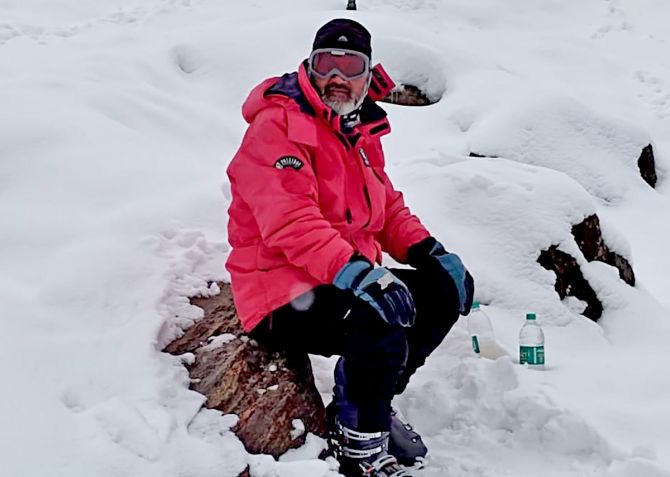 Two teams from the government have assessed his home and taken the names of the family members. “The government is focussed on those who are more affected than us. Let us see what compensation will be provided to us.”

“I am worried that my home is going to sink and I will lose it.”

WATCH: Videos Of The Rawat’s House In Joshimath 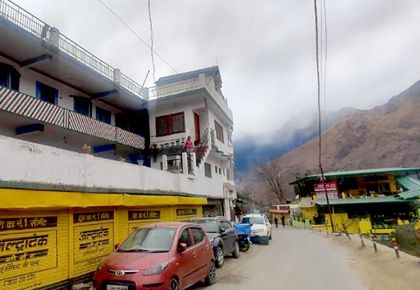