Net investments in active equity mutual fund (MF) schemes rose to Rs 7,300 crore in December after declining to a 21-month low of Rs 2,260 crore in November, shows the latest data from the Association of Mutual Funds in India (Amfi). 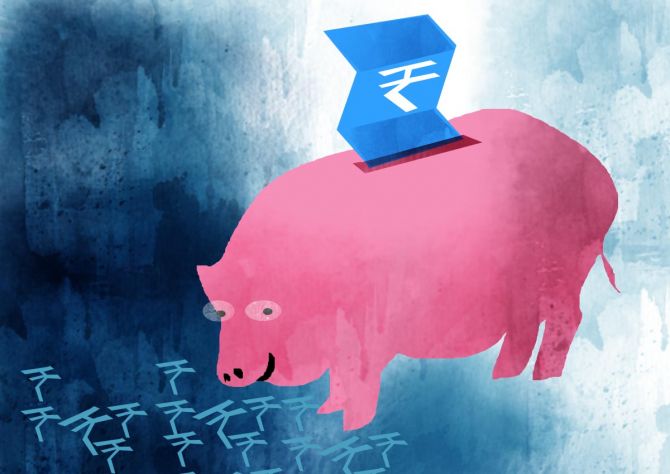 The rebound in net inflows was driven by a surge in investments and moderation in redemptions.

While the inflows into these schemes rose 5 per cent month-on-month (MoM) in December, the redemptions were 14 per cent lower compared to November.

The highest net inflows among active equity schemes were in mid-cap and small-cap funds.

“This (the jump in net inflows) was led by increased flows in mid-cap and small-cap categories which, after the recent fall, have started to look attractive in terms of valuations,” said Akhil Chaturvedi, chief business officer, Motilal Oswal AMC.

“With persistent volatility in stock markets and the performance gap opening up between large-cap funds and small-cap & mid-cap funds, investors are now opting for value plays,” said Gopal Kavalireddi, head of research at FYERS.

The December inflows data is in line with the trend seen in the last year or so.

Reports and MF executives have pointed out that investors tend to put in more money into equity schemes when markets take a downturn and redeem when the markets get near all-time-high levels.

In November, the Sensex and Nifty50 had hit all-time-highs with both rising over 4 per cent. In December, the indices declined 3.5 per cent.

In a recent report, ICICI Direct pointed out that there have been at least three instances in the past 4-5 years when investors increased their equity MF investments when the market was on a downslide.

The trend reversed during phases of market uptrend.

“They raise their investments during market downturns and continue with it in the early uptrend phase.

“They pull out money when market nears all-time-highs or there’s a feeling that the market is tiring,” said Deepak Jasani, head of retail research, HDFC Securities.

However, the gross investments through the systematic investment (SIP) route has remained unperturbed by market conditions.

The SIP investments have gone up almost every month in 2022 to touch new all-time-highs.

“The importance of investing in equity markets for the longer-term goals is not lost on investors and the same is reflected in the ever-increasing awareness and adoption of SIP as a goal-linked route to create wealth over the long term.

“In December, almost 2.4 million new SIPs were registered, which shows increasing investor belief in the instrument.

Debt funds continue to be out of favour with investors as they pulled out Rs 22,000 crore in December.

Liquid funds saw the highest outflow at Rs 13,850 crore. The outflows were mostly due to quarter-end advance tax payments.

Companies keep money for their tax payments and other operational needs in shorter duration funds like liquid funds and overnight funds.

Net outflows were seen from other debt schemes as well, which has been the case for over a year now.

Industry insiders expect money to flow into debt schemes after the returns improve and the rate hike cycle comes to an end.

Overall, the average assets under management (AUM) of the MF industry rose to Rs 40.76 trillion, from Rs 40.49 trillion, in November.