Girish Kuber writes: Instead of seeking someone to challenge the ruling combine, the opposition may be better off exposing its fallibility to voters. 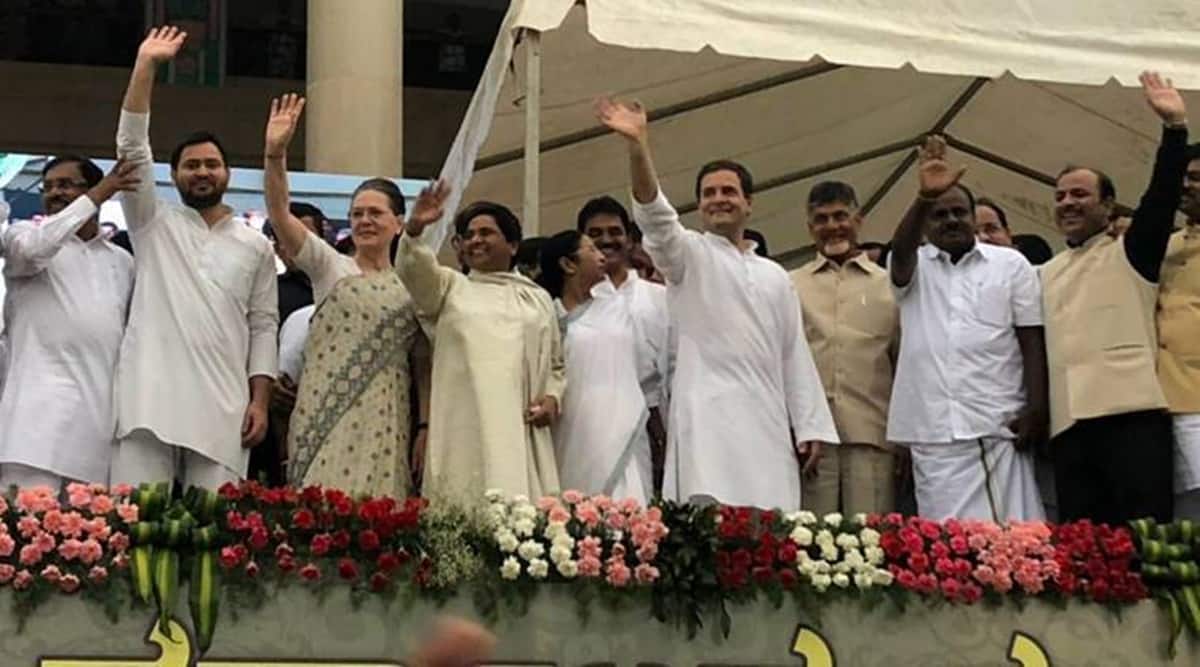 Sharad Pawar’s recent “zamindar” dig at the Congress expectedly set a cat amongst the opposition’s pigeons, who were chanting a mantra of unity against the BJP. The reactions that the old Maratha warhorse’s statement triggered can be divided into two categories.

On the one hand is the secular camp, some of whose members are perennially wary about every move and statement of the Maratha strongman, for which he himself is to be blamed. This group comprises mainly of Congressmen who like to display their allegiance to the party’s First Family and, as such, try to discredit any leader who can emerge as a challenger to Gandhis. Pawar unfailingly keeps providing ammunition to this group at regular intervals.

On the other hand are the BJP and RSS sympathisers. This group, having successfully sowed one thought in the politically-naive middle class’s mind, keeps posing the question: Where is an alternative to Narendra Modi? Helped unknowingly — but mostly knowingly — by the media, this question appears to have become a virtual political reality. The impression that there is no alternative to the BJP in general and to Modi in particular is the narrative successfully created and even more successfully marketed by the saffron camp. The situation on the ground unfortunately strengthens this, making the opposition’s challenge even tougher. Before we deal with this “saamne hai kaun” (who can emerge as a challenger to Modi) question, some myths need to be busted.

The first and foremost myth is about how elections are won and lost in India. It needs to be said that in our “first-past-the-post” system, the opposition never wins. It is the ruling party that loses. And by virtue of the rulers’ loss, the opposition gets a chance to lead. Our electoral history since 1951-52, when the first elections took place in independent India, will prove this often-overlooked fact. There is hardly an election which the opposition “won”.

This negates the need to present a challenger to the ruler even before elections are held. It is always the electoral outcome that throws up the alternative. There was “no alternative” to Indira Gandhi in the post-Emergency elections, there was “no alternative” to Rajiv Gandhi after the historic mandate of 1984 and there was “no alternative” to Atal Bihari Vajpayee in the 2004 “India Shining” elections. It was after their losses that Morarji Desai, VP Singh and Manmohan Singh emerged. The situation was similar in the much-touted “positive vote-for-change-election” held in 2014 which catapulted Modi to the national stage. In 2014, it was due to the Congress’s inept handling of UPA II that the BJP succeeded in creating the “oust Manmohan Singh” feeling amongst the majority of voters. The exception, however, could be the subsequent election fought on a nationalist agenda, thanks to Pulwama and the following air strikes on Pakistan.

So the question that arises is: What makes the incumbent lose?

The answers are many and are applicable more or less to all dethroned PMs. The hubris that invariably sets in during the second term has been the primary cause in many a PM’s loss. Add to it the complacency and the air of invincibility created by over-enthusiastic cronies. The third reason could be the free import of leaders from other parties which voters experience ahead of every election. Though most of these leaders get defeated, that has hardly proved to be a deterrent to the ruling parties’ poaching of the opposition.

In India, it is strange to note that though the economy also plays a crucial role in stoking the fire against the ruling party of the day, it doesn’t get due importance in the election agenda. To become an election issue, the economy needs to be tagged with inflation and/or joblessness. Election campaigning gets spiced up if these issues are coupled with large-scale corruption allegations. Indians love to defeat so-called corrupt leaders. In a land full of the dispossessed, anyone, especially from the ruling elite, seen amassing substantial wealth is a strict no-no for the common man. Remember the BJP’s smartness in linking the corruption allegations against hordes of UPA ministers in 2014 to rising prices? Along with these come caste, religious equations and an ability to form alliances.

Every point stated above, except one, applies to the BJP. History proves that the window for the opposition opens up every time the ruling combine appears unconquerable. However, this is not to suggest that the opposition should wait till the ruling party starts digging its own grave. The opposition’s success depends on how skilfully it conveys the fallibility of the ruler.

This brings us to the key question: Where is Modi’s challenger? This question was posed to a few national leaders from different parties. The answers are interesting. “The tide will start turning the moment the opposition combine, especially Congress, issues a simple, two-line statement,” a veteran leader said. Another spelt out what that “ideal” statement could be. It reads like this: None from the Gandhi family shall run for the PM’s post and, should the situation arise, they will unitedly bring in a reputed technocrat, like Raghuram Rajan, under whom the government shall be formed.

“The surge that the BJP witnessed in 2019 is due to its success in bringing non-BJP voters into its fold. No party can be propelled to power only on its dedicated vote bank. It’s the outsiders’ votes that give it a surge. This can easily be reversed if the opposition plays its own masterstroke like this one,” he says.

This column first appeared in the print edition on September 14, 2021 under the title ‘Challenge matters, not challenger’. The writer is editor, Loksatta