The roots of the SP-BSP-RLD alliance was laid following the 100 per cent success rate the Gathbandhan had with the tie-up experiment in 2018, where it won bypoll contests in Gorakhpur and Phulpur. 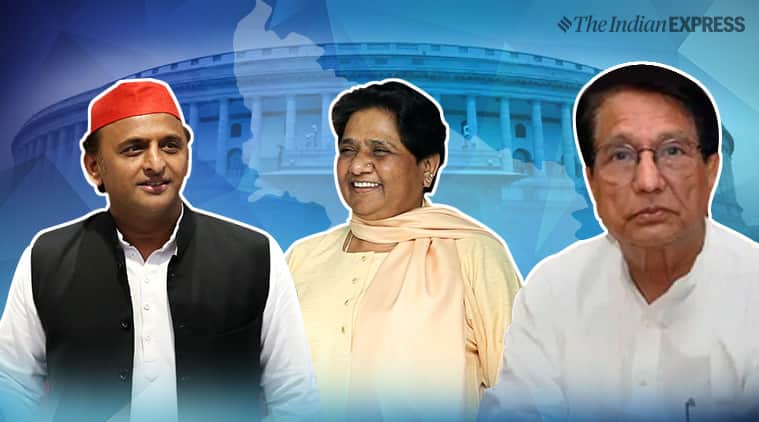 Will the gathbandhan manage to dent the BJP’s 2014 spectacular tally, and will the dent be deep enough to scuttle the formation of an NDA government at the Centre in 2019? Putting 23 years of animosity behind, the SP-BSP alliance in Uttar Pradesh have come together to fight the Bharatiya Janata Party (BJP) that won a record 71 of the 80 Lok Sabha seats in the last general elections.

While most of the pollsters gave BJP a strong edge in the state, Republic TV-Cvoter survey predicted the Mahagathbandhan will win 40 seats in UP. It gave BJP 38 seats and the Congress just two.

The SP-BSP pact is anchored in the 1993 experiment when the alliance stitched by Mulayam Singh Yadav and Kanshiram had stopped the BJP from returning to power in Uttar Pradesh post the Babri demolition.

While the BJP won 177 seats to emerge as the single largest party in the house of 425, the SP-BSP combine bagged 176 seats (SP-109 and BSP- 67) and formed the government with the support of Congress, CPI (M) and CPI.

However, the alliance was short-lived and ended in 1995 after the infamous Guest House incident. An unruly mob of SP workers had stormed into the Meerabai Guest House here where Mayawati was holding a meeting with her MLAs. Mayawati’s room was vandalised, she was abused and allegedly beaten up. It was then that the BSP joined hands with the BJP to form the government in the state, becoming sworn enemy of the SP. 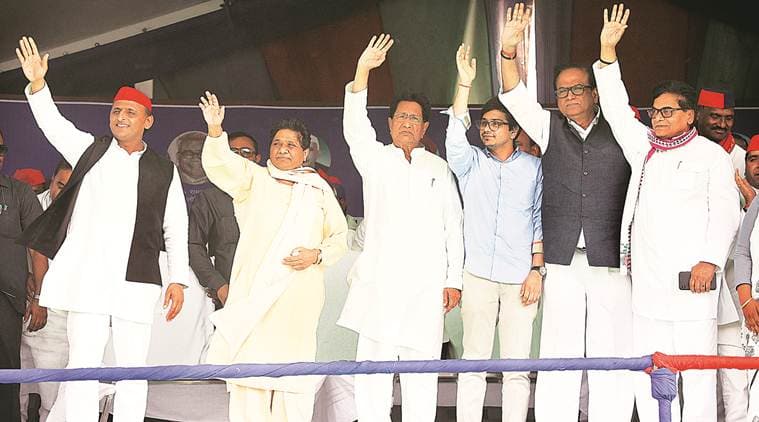 Twenty-four years later, the alliance sealed by Mayawati and Akhilesh in January, with BSP contesting in 38 and SP in 37 seats, transcended the 1995 Guest House episode and the allegations of misuse of the SC/ST Prevention of Atrocities Act against Yadavs during Mayawati’s regime.

According to the deal, BSP got 10 of the 17 seats reserved for Scheduled Castes — its core vote base — and also contested most of the seats in western Uttar Pradesh. The Samajwadi Party, on the other hand, fielded candidates on seats such as Etah, Mainpuri, Kannauj and Etawah – considered to be Yadav strongholds.

The parties, however, kept the Congress out of the alliance, saying that past elections had shown that while the SP and the BSP were able to transfer their votes in favour of the Grand Old Party, the reverse has not been true.

“In the past, I have seen that our votes get transferred to the Congress, but not vice-versa. We do not gain from an alliance with the Congress, whereas the vote transfer is perfect in an SP-BSP tie-up,” Mayawati had said while announcing the alliance. 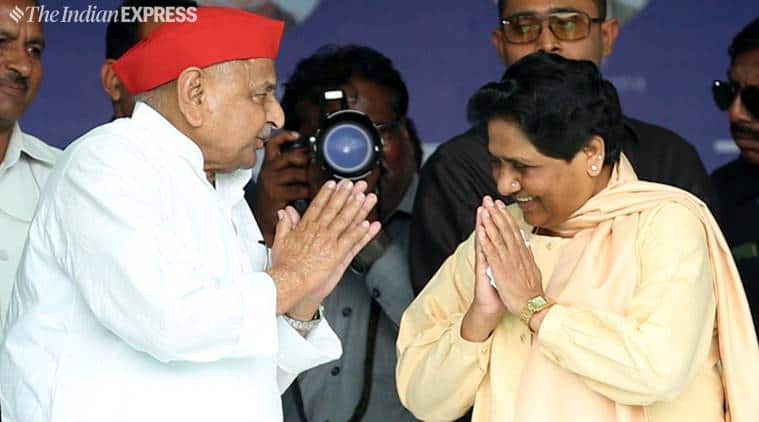 Besides their bid to stop the BJP juggernaut in UP, where the saffron party also trumped the regional satraps in the Assembly elections by winning 325 seats, the SP-BSP alliance was also centred around both the parties being politically relevant.

Mayawati has now been out of power for six years in Uttar Pradesh (from three-fourth of the seats in 2007) and has a shrinking footprint in the rest of the country. The SP saw a fall to 47 seats in the 2017 Assembly elections from 224 five years ago.

The roots of the SP-BSP-RLD alliance was laid following the 100 per cent success rate the Gathbandhan had with the tie-up experiment in 2018, where it won bypoll contests in Gorakhpur, Phulpur (vacated by Chief Minister Yogi Adityanath and by his deputy Keshav Prasad Maurya respectively) and Kairana Lok Sabha seats.

The experiment was a success because both the parties managed in bringing Yadav and Dalit voters on the same platform in a short duration. In 2014, enchanted by the Narendra Modi magic that had unleashed across the country, Yadavs and Dalits went with the BJP.

While Prime Minister Narendra Modi has said the ‘farzi friendship’ of the SP and BSP would fall apart the day election results are announced, Akhilesh and Mayawati have asserted that their alliance was for the future of the country. Despite the acrimonious campaigning between the two sides, the BSP-SP-RLD alliance has managed to give the national party a tough time in Uttar Pradesh.