Election Commission of India (ECI) Election Results 2021: Results of the elections to West Bengal, Kerala, Tamil Nadu, Assam and Puducherry assemblies will be declared live on eci.nic.in, eciresults.nic.in and eci.gov.in 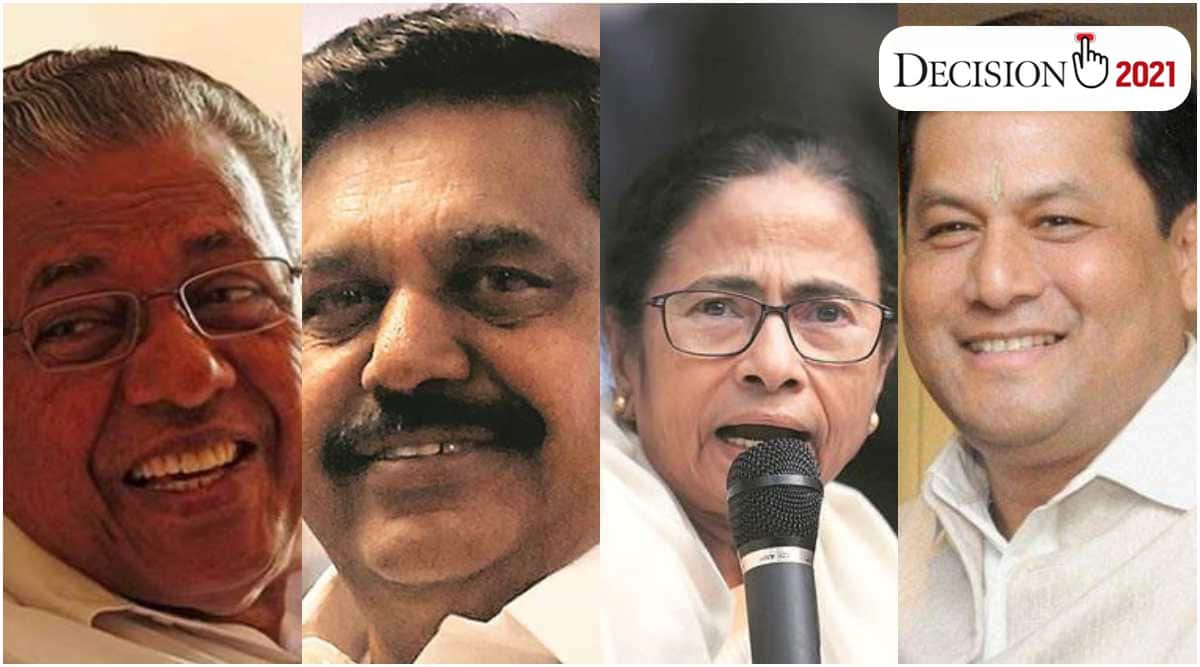 Election Commission of India (ECI) Election Results 2021: Following a high octane elections to the assemblies of West Bengal, Kerala, Assam, Tamil Nadu and Puducherry that took place under the shadow of the Covid-19, the results of the same are scheduled to be declared on Sunday (May 2).

The elections across four states and one Union Territory kicked off on March 27 and continued till April 29 amid Covid-19 protocols. While the West Bengal (292 seats) and Assam (126 seats) voted in eight and three phases respectively, Kerala (140 seats), Assam (234 seats), Tamil Nadu (30 seats) went for single-phase elections on April 6.

The counting of votes and results on individual seats will be declared live on the following websites of Election Commission of India – eci.nic.in, eciresults.nic.in and eci.gov.in.

Apart from the ECI website, the results can also be tracked on various news channels ––– Hindi, English and regional languages of the respective states. The indianexpress.com will also run a live blog on the election results with a detailed analysis of incoming trends and political opinions.

For West Bengal, most exit polls have given an edge to the Mamata Banerjee-led Trinamool Congress while a very few have given the BJP an advantage. The Times Now-C Voter predicted a clear majority for the Mamata Banerjee-led Trinamool Congress by projecting 162 seats for the party and 115 for the BJP. ABP-C Voter predicted 152-164 seats for the TMC and 109-121 for the BJP, whereas CNN News18 predicted the TMC’s win by 162 seats as against the BJP’s 115. Jan Ki Baat exit polls predicted a majority for the BJP, giving it 162-185 seats, against 104-121 to the TMC.

For Kerala, the pollsters have predicted a major setback for the Congress as the Pinarayi Vijayan’s LDF government is seen to retain power in the state for the second consecutive time. Pinarayi’s re-election would break the jinx as in Kerala, no government has been elected in back-to-back terms. Axis My India predicted a big win for the CPM-led LDF by projecting 104 seats for it in the 140-member Assembly and predicting only 20-36 seats to the Congress-led UDF. Today’s Chanakya forecast 93-111 seats for the LDF and 26-44 for the UDF, while CNX predicted a closer fight by giving 72-80 seats for the LDF against 54-64 for the UDF.

In Tamil Nadu, Axis My India and CNX forecast a big win for the DMK-Congress alliance. The ruling AIADMK-led alliance, which includes the BJP, was projected to get 38-54 and 58-68 respectively. Today’s Chanakya predicted 164-186 seats for the DMK combine and 46-68 for the AIADMK alliance while Republic TV-CNX survey predicted 160-179 seats for DMK and 58-69 seats for the AIADMK combine.

In Puducherry, the exit polls have predicted a major victory for the NDA.