Remembering Dr Verghese Kurien, the ‘Milkman of India’ who would have turned hundred tomorrow. How he built what is now a $5.3 billion-turnover dairy enterprise owned by 3.6 million farmers 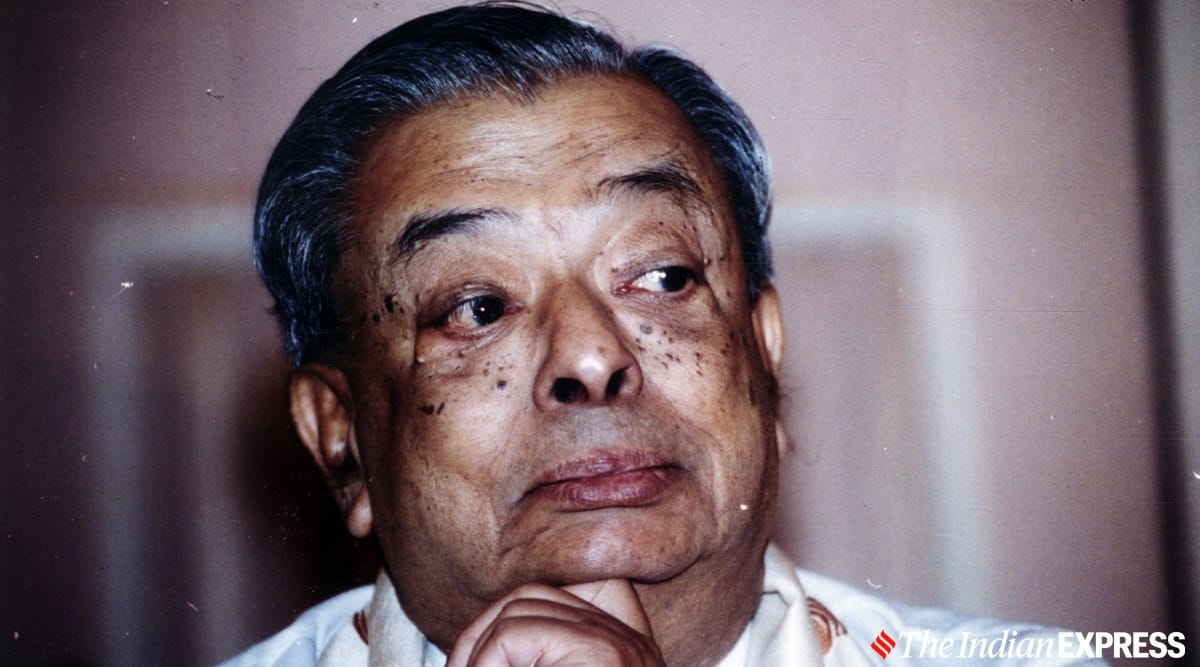 The Kaira District Co-operative Milk Producers’ Union came into being on December 14, 1946, well before Verghese Kurien arrived in Anand. The credit for creating the cooperative – which was already collecting some 7,250 litres of milk daily from nearly 2,000 farmers in 27 villages when the 28-year-old mechanical engineer joined as manager on January 1, 1950 – goes to Sardar Vallabhbhai Patel, Morarji Desai and, of course, the redoubtable Tribhuvandas Patel.

But it was Kurien who transformed what was still an early idealistic experiment – of banding together rural producers for selling directly to consumers sans any middlemen – into a full-fledged practical vision that could be extended beyond a single district or even milk. That vision wasn’t limited to processing the produce of farmers: The Kaira Union had just a rundown government creamery taken on lease before Kurien came in. By 1950, it had a proper plate pasteuriser that could handle up to 57,000 litres of milk per day, followed by a spanking new dairy in 1955. This one had twice the capacity, while also capable of converting excess milk procured during the “flush” winter season into powder and butter for recombining in the “lean” summer months. The powder plant – equipped with a Niro Atomiser, the world’s first ever designed for spray drying of buffalo milk – enabled Kaira’s farmers to capture the economic value of solids-not-fat (SNF). Previously, only the 7-8% fat in their surplus milk could be conserved and made into ghee; the remaining SNF portion (containing protein, sugar and minerals) had to be thrown away.

Nor was that vision confined to working with farmers: Payment for milk based on fat and SNF content, and measuring these for every litre poured at the village society collection centres, is among Kurien’s many lasting legacies. It was a system – farmers being paid both for quantity and quality of milk supplied – even organised private dairies were forced to adopt. The Kaira cooperative was, from the early fifties, also providing artificial insemination and veterinary support for its farmers. By end-1964, the Union had its own breeding centre for production of semen from bulls whose mother were proven high milk yielders, besides India’s largest compound cattle feed plant. In addition, it was distributing green fodder seeds to its 85,000 farmers, who were now supplying over 1.6 lakh litres per day (LLPD) of milk on an average. 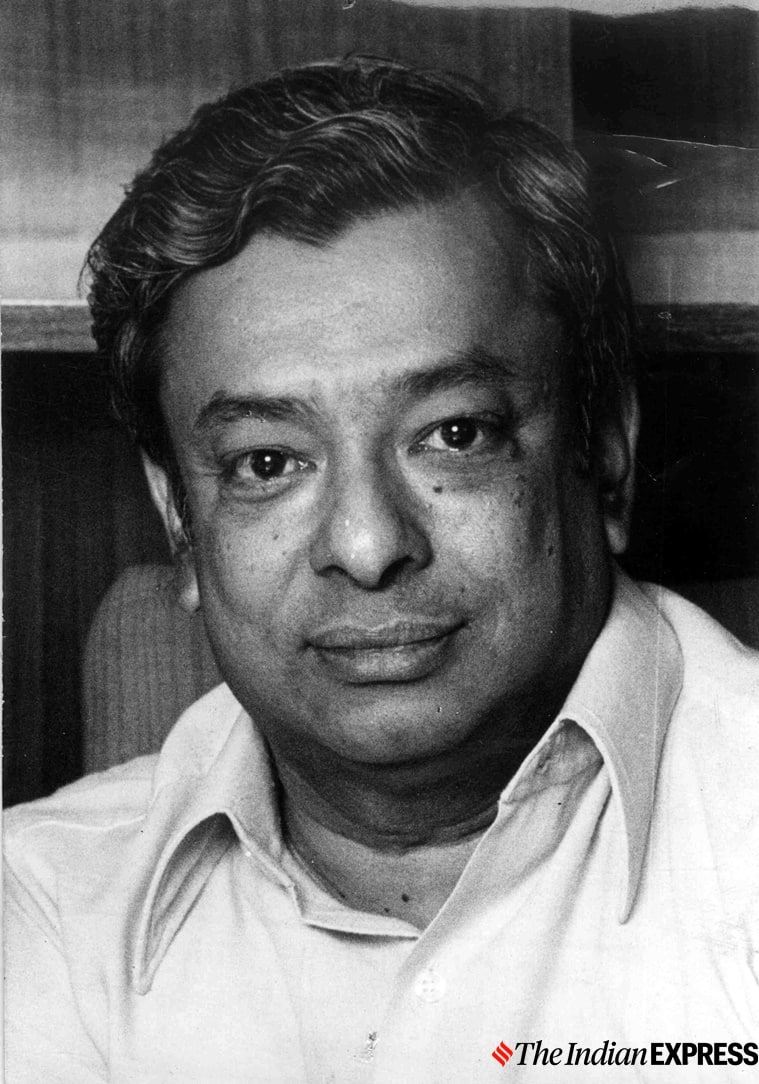 For Kurien, a rural cooperative’s role wasn’t simply to process its members’ produce and making available yielding-enhancing inputs/services, but also link them to the final consumer. That required creating a brand distinguishing their product from others’.A Nestle’s, Hindustan Lever’s or GlaxoSmithKline’s most precious assets lay not in their factories and real estate, but in the consumer brands they owned. A company’s brand portfolio converted mere undifferentiated commodities into consumer products. Kurien was clear that the Kaira Union would not be a contract supplier to other firms – B2B (Business-to-Business) in today’s parlance. His model was F2C (Farmer-to-Consumer). The true value of a farmer’s produce was realised only when sold to the end-consumer, who had to be “milked”, albeit gently. Kurien wasn’t going to allow somebody else to skim the cream off the farmer’s milk that rightfully was hers.

The brand that the Kaira Union unveiled in October 1955 was not for nothing called ‘Amul’ – literally, invaluable. Amul and the little moppet girl endorsing the cooperative’s “utterly butterly delicious” products connected instantly with consumers. The brand, as Kurien put it, was a “contract with consumers”. Amul products had to meet or surpass their expectations, taste good and “always represent the highest hygienic, bacteriological and organoleptic standards”.

The above integrated philosophy recognised a basic reality of rural India, where most people possessed little land, money or even productive animals. What they mainly had was labour power – the capacity to put in their family resources for growing crops and rearing livestock. For them, return on “labour”, not “capital”, mattered. The one institution that could help – by procuring, processing and marketing their produce in the most efficient manner – was the cooperative. Through this organisation, it was possible to have their own processing facilities, engage professional managers, and access inputs and services to make them further productive. They could, thus, collectively own and overcome what they couldn’t individually. The Kaira Union that Kurien nurtured fully confirmed to this concept. Its milk producers were members of village-level cooperative societies whose managing committees they elected. Those representatives, in turn, elected the chairman and directors of the Union’s board that ran the Amul dairy through a chief executive and other professionals that included project engineers, veterinary doctors, agronomists and nutritionists. This cooperative was as business oriented as any company, except that it sought to maximise returns to producer-members. And that was in terms of milk price – as against share price appreciation or dividends – and providing quality cattle feed, artificial insemination and animal healthcare services.

The Kaira cooperative – its operations spanned the entire value chain from production inputs and procurement to processing and marketing – became the “live lab” for Kurien to replicate the model first across Gujarat. By 1974, there were five other district unions – of Surat, Baroda, Mehsana, Banaskantha and Sabarkantha – that, along with Kaira, formed an apex Gujarat Co-operative Milk Marketing Federation (GCMMF). Kurien wouldn’t have minded that the last three grew to be bigger than the original Kaira Union. If anything, it was testimony to the Amul model’s success. When he demitted office as GCMMF chairman on March 20, 2006, its unions were together procuring an average 62.5 LLPD of milk from 24.9 lakh producer-members. In 2020-21, those numbers had further swelled to 239 LLPD and 36.4 lakh, respectively. So too had GCMMF’s sales turnover, from Rs 3,773 crore in 2005-06 to Rs 39,248 crore in 2020-21. The GCMMF unions have mostly remained faithful to Kurien’s ideals. Notwithstanding the intrusion of party politics, which neither Tribhuvandas Patel nor he permitted during their time, these haven’t affected the day-to-day operations of cooperatives or at least the interests of their farmer-members. One indicator is the procurement price paid by the Gujarat unions. At an average Rs 795 per kg of fat in 2019-20, it translated into a price of Rs 49.1 for a litre of full-cream milk retailing at Rs 58. In other words, an almost 85% share in the consumer rupee that Kurien would have been proud of.

But Kurien’s all-encompassing practical idealism is something his successors – particularly at the National Dairy Development Board (NDDB) – didn’t imbibe. This was another institution he had founded in 1965 with the aim of taking the Amul model nationally. While the push came from Prime Minister Lal Bahadur Shastri, Kurien had proposed the establishment of an ‘Indian Dairy Products Marketing Board’ as early as March 1957. The best way to boost milk production, he wrote, was “by arranging to market, in an organised manner, whatever milk is at present produced”. If the processing and marketing of milk was done well, farmers could be paid higher prices, making them invest more in dairying: “Where he kept one milch animal, he will now keep two. He will become more receptive to modern ideas of better breeding, feeding and management of cattle. A revolution in the Indian dairy industry will then have begun”. Building markets for farmers’ produce – Kaira wouldn’t have happened without Bombay – was a key element of the NDDB’s Operation Flood programme launched in 1970. The liquid milk markets in major urban centres were to be developed and the increased demand from that met, initially, through the supply of recombined powder and butter oil donated by the European Economic Community. These gifted commodities were not to be dumped, but sold at prices high enough to maintain incentives for domestic milk producers. Once an organised marketing system alongside enhanced processing capacities – financed from the proceeds of the free imports – were in place, the cities could be “flooded” with milk from rural areas. No economist would have thought up such an innovative “priming the pump” solution that resulted in India turning not just self-reliant but also the world’s largest milk producer at the turn of the century.

Unfortunately, the NDDB leadership post-Kurien chose an alternate route totally undermining the vision of farmers owning institutions that gave them control over the whole value chain from the field to retail store. The Mother Dairy in Delhi, a subsidiary unit of NDDB originally envisaged to be handed over to the state cooperative federations, was converted into a corporate entity competing with their brands. For Kurien, cooperatives were an article of faith. It led him to also initiate an Oilseeds Growers’ Cooperative Project in 1979 that, within a decade, had half-a-million-plus farmers under its fold. Operation Golden Flow was meant to do to vegetable oils what Operation Flood had achieved in milk. Instead, NDDB’s ‘Dhara’, India’s top edible oil brand till the nineties, rapidly lost market share. This was equally the outcome of the powers-that-be in New Delhi allowing unbridled edible oil imports, which today account for two-thirds of the country’s domestic consumption and an annual foreign exchange outgo of $11 billion. 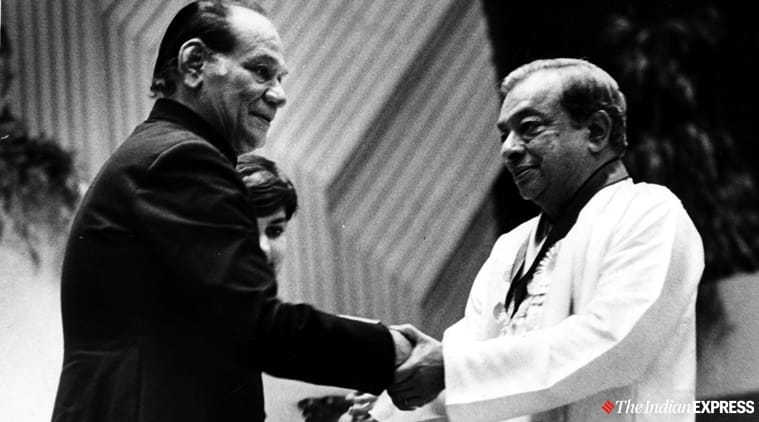 The NDDB and Indian policymakers still sing paeans to cooperatives. But the so-called farmer producer organisations or companies they talk about are, at best, contract suppliers to large corporates that take the cream and share the crumbs. That’s not what Kurien had in mind when he dreamed of the rural producer being empowered to take charge of her own destiny. That dream shall live forever. It may not be a coincidence that Kurien’s birth centenary coincides with one year of the farmers’ protests at Delhi’s borders. Fulfilling his dream can be an enduring solution for their restiveness.

(The writer is National Rural Affairs & Agriculture Editor of The Indian Express and currently on sabbatical with the Centre for Policy Research, New Delhi)