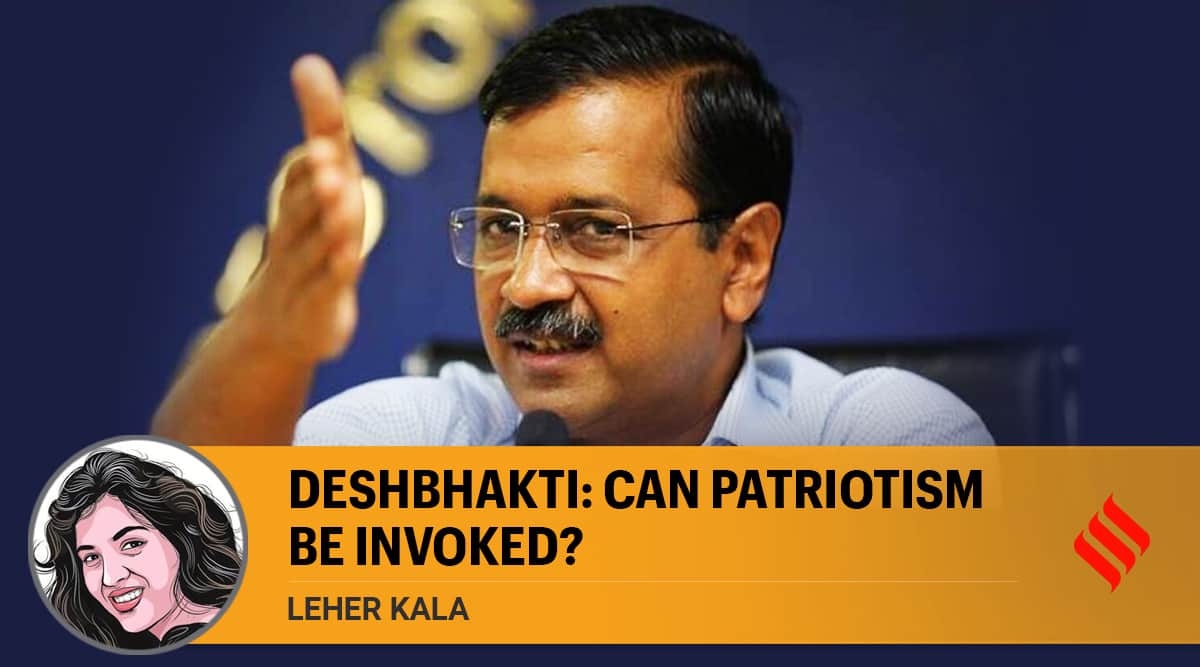 Chief Minister Arvind Kejriwal launched a Deshbhakti curriculum in Delhi government schools saying people only think of their country while raising the Tricolour or singing the National Anthem. “We need to develop an environment wherein our children feel patriotic at every step,” said Kejriwal, while unveiling the course book of 100 short stories of freedom fighters. He added: “A deshbhakt doctor would look to help maximum people. A patriotic officer won’t think about bribes but about clearing the most number of files.”

The Kejriwal government’s last big innovation in Delhi schools was introducing classes in happiness. To give them some credit, they understand that modern life is isolating and people are hungry to invest in social rituals that communicate a deeper sense of belonging. I remember in my primary school years, we used to have lessons in ‘Moral Science’. The teacher would read out mythical tales with simple themes of good and evil that imparted values in the end. All storytelling develops perspective and affects the way a child views the world. Aesop’s Fables have served as an ethical guide since the 6th century B C, and the Indian equivalent, Panchatantra, in existence for 2,500 years, remains hugely popular. If the idea of the Deshbhakti class is to create a space for children to think about the lived realities of Indians from another time, by all means, it’s not a terrible thing — as long as they make room for the possibility that our icons tend to obscure as much as they reveal.

An honest Deshbhakti curriculum would encourage students to engage with aspects of India’s past that are troubling, as well as inspiring. Especially this year, can any student ignore that the statue of the founding father of modern India was toppled post the Black Lives Matters movement? It’s time to shed the shackles of one-sided narratives and inculcate nuance. Students deserve to know that despite his greatness, the Mahatma may have been ignorant and prejudiced about African-Americans. Unfortunately, merely the title of one the chapters, ‘Deshbhakti: My Country, My Pride’, suggests the coursework is hopelessly banal; students will waste precious time pouring over the admirable qualities and splendid achievements of our heroes, forfeiting an opportunity to understand the myriad discrepancies in our turbulent history.

There is something fundamentally self-defeating about making patriotism mandatory because, like parenting, it’s an emotion that occurs naturally from within. Some years back the Supreme Court passed the law that the National Anthem be played before the screening of films in cinema halls. It didn’t work. Personally, I love Jana Gana Mana, but being compelled to stand in a dark movie theatre where people are constantly shuffling in and out was not conducive to experiencing intense love for my country. Eventually, most of the states decided to make the playing of Jana Gana Mana optional. The exercise wasn’t entirely pointless either, as it stirred debate on whether there is any value in these public displays of patriotic virtue.

The fact is, corny gestures don’t prove one’s patriotism or the lack of it. For some of us, it takes privation and danger for our deeply buried feelings of civic duty to surface. In the ordeal of the last year and a half, when all health institutions failed, young Indians bandied together for a common cause, donating blood, platelets, oxygen and money for their fellow citizens. What is that if not love for nation? The prevailing political rhetoric demands mindless veneration from us all, but to truly build nationhood, it’s infinitely more urgent to recognise our defects.

The writer is director, Hutkay Films