All eyes will be on Nandigram where CM Mamata Banerjee is locked in a fierce prestige battle with confidante-turned-adversary Suvendu Adhikari of the BJP. After days of high decibel campaigning by political parties, voting for the second phase of Assembly elections in West Bengal and Assam will take place on Thursday (April 1). A total of 69 seats spread across both the states will be at stake.

Both Assam and West Bengal witnessed intense campaigning by central leaders who have proposed lucrative projects and promises to deliver on the existing development schemes. While the central issue in the Bengal polls has been the “insider” versus “outsider” debate, elections in Assam have been centred on the issue of the Citizenship Amendment Act (CAA).

While the BJP is banking on its development plank to return to power in Assam, its campaign in Bengal has been focused on attacking the Mamata Banerjee-led Trinamool Congress (TMC) government over its alleged role in several corruption cases. All eyes will be on Nandigram where CM Mamata Banerjee is locked in a fierce prestige battle with confidante-turned-adversary Suvendu Adhikari of the BJP when polling will be held in 30 seats in the second phase in Bengal.

In West Bengal, the elections are being conducted in eight phases. Unlike last time, the Election Commission is in charge of the state’s security during the election time and has deployed several companies of central armed forces in the state.

A total of 199 companies of CAPF will be deployed in Purba Medinipur, 210 companies in Paschim Medinipur, 170 in South 24 Parganas and 72 in Bankura.

The fate of 171 candidates will be decided in the second phase by 75,94,549 voters who will exercise their franchise in 10,620 polling booths spread across the 30 constituencies.

In Assam, the ruling BJP is contesting in 34 seats while its allies, the AGP and UPPL, are contesting in six and three seats, respectively. The saffron party will have a friendly contest with AGP and UPPL in two seats each.

The BJP has deployed a majority of its central leadership, led by Prime Minister Narendra Modi and Home Minister Amit Shah, to West Bengal, promising to bring ‘Asol poriborton’ (real change) in the state. The saffron party is expecting an improved performance in the state for the first time, banking on its impressive performance in the 2019 Lok Sabha elections where it had won 18 seats.

PM Modi in his rallies has attacked the TMC government and Mamata, accusing her of “appeasement politics” and asserting that “khela shesh hobe” (game will be over), a jibe at the TMC’s election slogan “khela hobe”. The BJP campaign has also stressed on the various scams of the ruling Trinamool Congress, while alleging that the state government did not allow central schemes like the Ayushman Bharat, PM Kisan Samman Nidhi to be implemented in the state.

On the other hand, the TMC has centred its election campaign on the “insider versus outsider” debate, alleging that the BJP would bring anarchy to the state if it comes to power.

CM Mamata Banerjee, who is confined to a wheelchair following her injury which she had sustained while campaigning in Nandigram, has been actively campaigning for her party. Mamata has alleged that goons from other states have come to Nandigram, the seat she is contesting against Suvendu Adhikari, to foment trouble and intimidate the voters.

She has also accused the Election Commission of working on behalf of the BJP, saying that the poll body has not taken up their issues despite lodging several complaints.

Despite losing many of her MLAs and partymen to the BJP, including Adhikari, Mamata is confident of coming to power for the third straight time in the state. In her polls rallies, the TMC supremo has continuously labelled Adhikari and other leaders who defected to the BJP as “Mir Jafars”— a reference to the commander of the army of Siraj-ud-daullah who betrayed the nawab by joining hands with the British East India Company at the Battle of Plassey in 1757. She urged the public to teach them a lesson by defeating the BJP. In Assam, the CAA issue was at the forefront of the Opposition’s campaign. The BJP, which had maintained a silence on the issue in the run up to the first phase of voting, raised it in the Barak Valley this time as a carrot to the predominantly Hindu Bengali population having roots in Bangladesh.

Union Home Minister and BJP leader Amit Shah, in his election rallies at Patharkandi and Silchar, mentioned the controversial legislation, for the first time, assuring that citizenship rights will be given to refugees, while asserting at the same time that the BJP will not allow infiltrators to enter the state.

The BJP was, particularly, strident in its attack on AIUDF chief Badruddin Ajmal accusing him of encouraging illegal infiltration, leading to encroachments and “land and love jihad” which the party has promised to tackle.

Besides claims of development initiatives taken for Assam by the BJP’s “double-engine” governments both at the Centre and the state, the party has also attacked the Congress for aligning with the AIUDF and allegedly encouraging infiltration for its “vested interest of creating a votE-bank”. 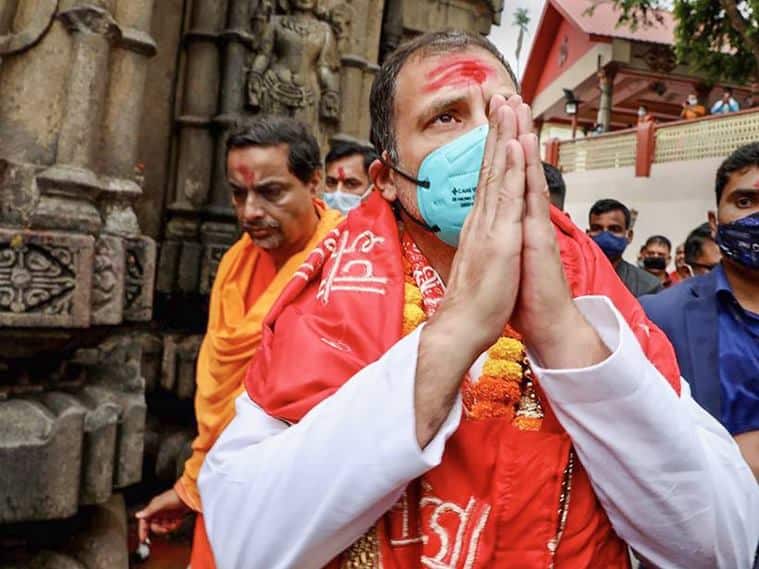 On the other hand, the Congress has given “five guarantees” in its state manifesto, including “nullifying” the CAA in the state, providing five lakh government jobs to youths in five years, 200 units of free electricity, raising the daily-wage of tea garden workers and Rs 2,000 per month to homemakers.

Congress’ ally AIUDF too highlighted the CAA during its campaign and promised that it will not be implemented in Assam, besides assuring voters that the BJP’s alleged polarisation tactics will not be allowed to succeed.

The high-profile Nandigram constituency in West Bengal, where CM Mamata Banerjee is pitted against Suvendu Adhikari of BJP, will vote in the second phase. The seat has generated much of the hype around the Bengal polls as Mamata vacated her Bhabanipore seat to fight from Nandigram, a TMC bastion that is also considered to be a stronghold of the Adhikari family.

Former Congress minister Gautam Roy is contesting on a BJP ticket from Katigora while his son Rahul Roy and daughter-in-law Daisy Roy are contesting as independents from Udharbond and Algapur, respectively.