From the latest on the coronavirus pandemic, to the Assembly Elections in four states and one UT; here are today's top stories.

The Centre has categorised 11 States/UTs as “States of grave concern”, highlighting that they have contributed 90% of Covid cases and 90.5% of deaths in the last 14 days. These states, the Centre said, have crossed or are close to crossing their peaks reported last year. With the situation in Maharashtra particularly worrying, Chief Minister Uddhav Thackeray, in an address to the state, stopped short of announcing a lockdown, but warned that a decision may have to be taken in the next two days.

AIIMS chief Dr Randeep Guleria, speaking at The Indian Express Idea Exchange e-event, said the Covid vaccination drive should be gradually opened up to cover lower age groups if the number of people coming for inoculation is falling. But this has to be balanced with the availability of vaccines, he added.

From the front page

Repolling will be held for a polling station in the Ratabari Assembly seat of Assam after multiple videos surfaced online of a group of people intercepting a private car carrying an EVM. The car, it turns out, belongs to a BJP candidate. According to the EC, its officers hitched a ride without checking ownership details after the car in which they were transporting the EVM had broken down on its way to the strong room.

The properties of DMK chief MK Stalin’s daughter Senthamarai and her Sabareesan, considered one of the most powerful persons helping Stalin in the state Assembly elections, were among the 28 premises searched by the Income Tax department targeting DMK leaders. The DMK dashed a letter off to the poll panel accusing the BJP of using the central agency to tarnish its image.

The Centre wrote to the Punjab government seeking action based on the findings of a BSF probe that migrant bonded labourers from Bihar and Uttar Pradesh were being employed in the state’s border villages and administered drugs to make them work for long hours. The letter drew sharp reactions from farm leaders protesting against the Centre’s new agriculture laws. 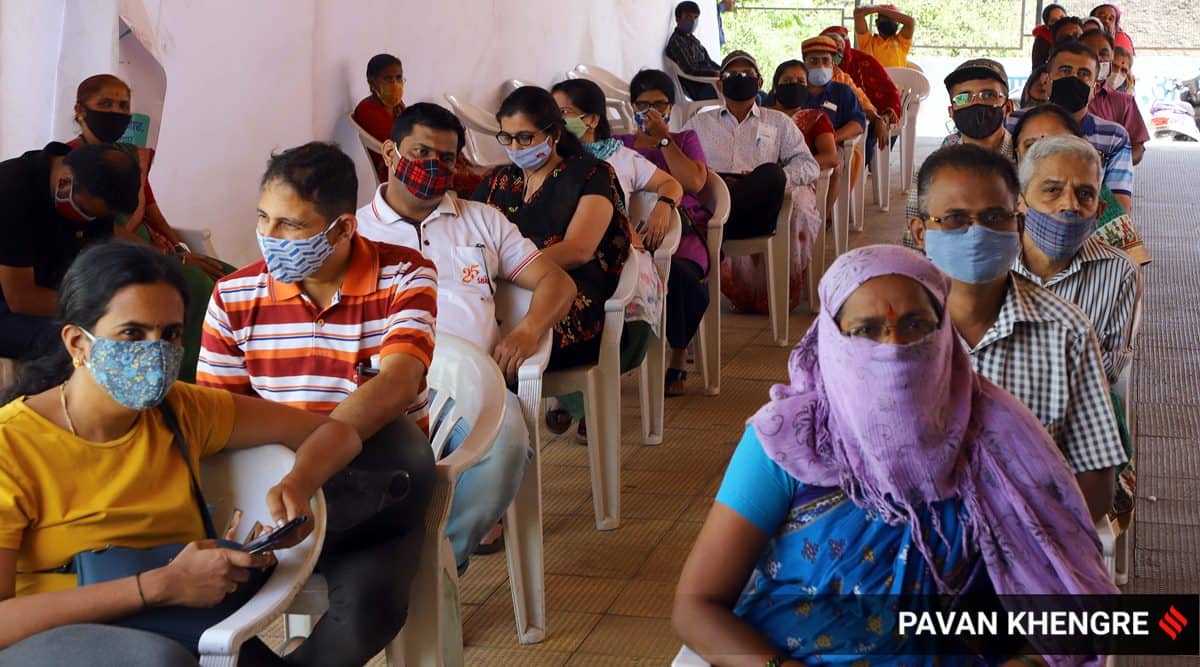 The chars in lower Assam are home to a large proportion of Bengali-speaking Muslims who have settled here over waves of immigration going back to pre-Partition. The target of the Assam Agitation, and the main reason for the NRC exercise, the community is now at the receiving end of the BJP’s anti-’Miya’ campaign. Hence, it is not surprising that there is a clear consolidation behind the Congress-AIUDF alliance here.

Kerala’s capital Thiruvananthapuram has always been a testing ground for the BJP and parties aligned to its ideology. The influence of the BJP has grown in the district over the years. In 2016, O Rajagopal opened the BJP’s account in the Assembly by winning from Thiruvananthapuram’s Nemom. This time too, the party is banking on Kerala’s capital city, where upper-caste Nairs constitute almost 30% of the Hindu population, to increase its tally.

In Nandigram, former comrades-turned rivals Mamata Banerjee and Suvendu Adhikari exchanged charges during the course of the campaign that cast fresh light on the police firing that left 14 dead during the Trinamool anti-land acquisition movement in 2007. We explain what happened during the March 2007 firing in Nandigram as well as its political fallout.

As West Bengal Chief Minister Mamata Banerjee fights perhaps her most significant electoral battle, framing her contest is not just BJP vs Trinamool politics — but the state’s economics as well. The anti-incumbency Banerjee faces is as much about local-level corruption and competing ideologies as it is about stalled industrialisation, weak credit growth, a near-freeze in new jobs, low infrastructure development and agriculture spend.

In an effort to enter domestic rural markets, global retail giants Walmart India and Amazon India have tried to enter domestic rural markers by offering to help Grameen e-stores grow. But both proposals were turned down by the Ministry of Electronics and Information Technology (MeitY). “We already have four kinds of apps and platforms which help run the entire ecosystem of Grameen e-stores,” a senior IT Ministry official told the Indian Express.

Deepak Pahal was a former junior India international and junior national champion; now, he is being hunted by the police for multiple murder and extortion cases. In the last three years, Pahal is suspected of being involved in four murders and accused of extortions, apart from planning and executing the escape of dreaded gangsters from police custody. His modus operandi? Throwing chilli powder at the police, shooting them and then vanishing.

Delhi Confidential: It was a hectic birthday for Adhir Ranjan Chowdhury, the president of West Bengal Congress, on Friday. In the midst of campaigning, Chowdhury did not curtail any of his electioneering plans but found some time to celebrate with his supporters as well.