On Saturday, a 28-year-old man was killed at a club after a tree fell on him. 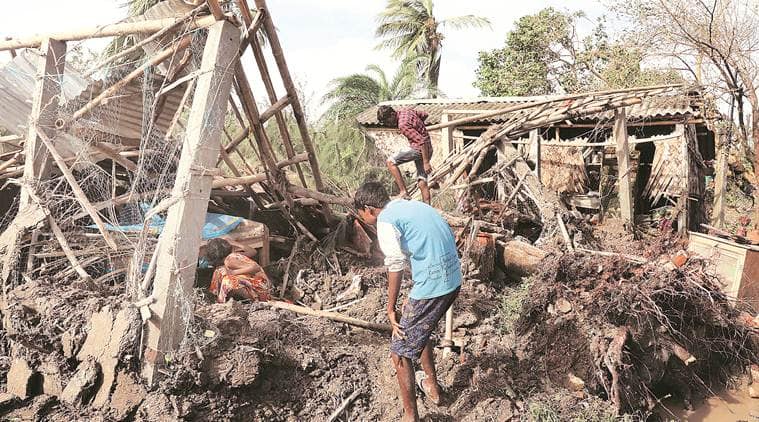 Torrential rain coupled with strong winds battered Kolkata city throughout Sunday, uprooting trees and forcing people to remain indoors. Several parts of the city, which has been witnessing rainfall since Friday evening, were waterlogged by incessant rain.

“We have already engaged workers to clear the roads and pump out water from low-lying areas. We are hopeful our work will be over by tonight,” said an official of Kolkata Municipal Corporation (KMC). Hundreds of uprooted trees blocked roads in parts of the city. The NDRF, along with Kolkata Municipal Corporation (KMC), police and fire personnel, are working on a war footing to clear road blockades caused by fallen trees.

On Saturday, a 28-year-old man was killed at a club after a tree fell on him.

According to police, the maximum damage caused by Cyclone Bulbul was reported between 7 pm on Saturday and 7 am on Sunday.

Police with the help of DMG and KMC have removed 22 trees. Eight trees are yet to be removed, said police.

Ferry services have been suspended at Bichali Ghat in Kolkata. About 200 people have taken shelter at Sagar Pilot Station of Kolkata Port Trust.

Meanwhile, flight services resumed on Sunday morning, after the services were halted for 12 hours, beginning 6 pm on Saturday due to gale winds. All flight operations at Kolkata airport were suspended after nearly 23 flights had to be cancelled from 11 am on Saturday due to rain and strong winds.