The test positivity rate, which has been increasing consistently, was 4.01%, said the state health department. It was above 4% last time on May 12. However, it was testing fewer people at the time — 585 tests per million compared to 5,890 now. 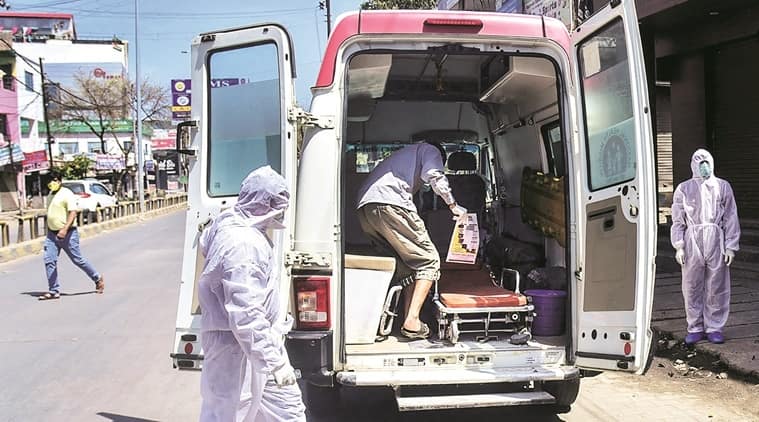 West Bengal on Saturday experienced its worst day since the Covid-19 pandemic began, registering the highest single-day increase in fatalities and cases with 19 deaths and 743 positive tests.

With the latest infections, the case count crossed 21,000 to settle at 21,231, thus marking the fastest addition of 1,000 cases. The infection tally had crossed the 20,000 mark Friday. The test positivity rate, which has been increasing consistently, was 4.01%, said the state health department. It was above 4% last time on May 12. However, it was testing fewer people at the time — 585 tests per million compared to 5,890 now.

Most of the latest deaths,14, and infections, 488, were reported from Kolkata, and two of its surrounding districts North 24 Parganas and Howrah, which together are the epicentre of the pandemic in the state. The third district adjoining the capital city, South 24 Parganas, recorded 97 new cases. The active case count in the state rose to 6,329.

A bulk of all the fatalities till date, 410 or 56%, have occurred in Kolkata. Of the rest of the latest deaths, two occurred in Paschim Bardhaman district, and one each in Purba Medinipur, Paschim Medinipur, and Malda. In North Bengal, Malda continued to remain a source of concern, reporting 40 new infections. The situation this week, however, has improved marginally in Darjeeling, which is another district in the region to watch out for. The active caseload there was 215 at the start of the week. But by Saturday it was down to 139, propelled by the discharge of 118 people the day before.

The health department bulletin, in which figures are updated till 9 am, reported that 595 people were discharged from hospitals, pushing up the discharge rate to 66.72%, and the total number of recovered patients to 14,166. The health department said 11,018 samples were tested in 24 hours, taking the cumulative number of specimens examined to 5,30,072.

The government said 13,894 migrant returnees and 6,057 other people were still in institutional quarantine, while 49,273 persons remained isolated at home. There are 338 people in safe homes set up by the government for those with mild symptoms who do not have facilities  to properly isolate themselves at home.