The PESA Act was enacted by the Centre to ensure self-governance through Gram Sabhas for people living in scheduled areas. 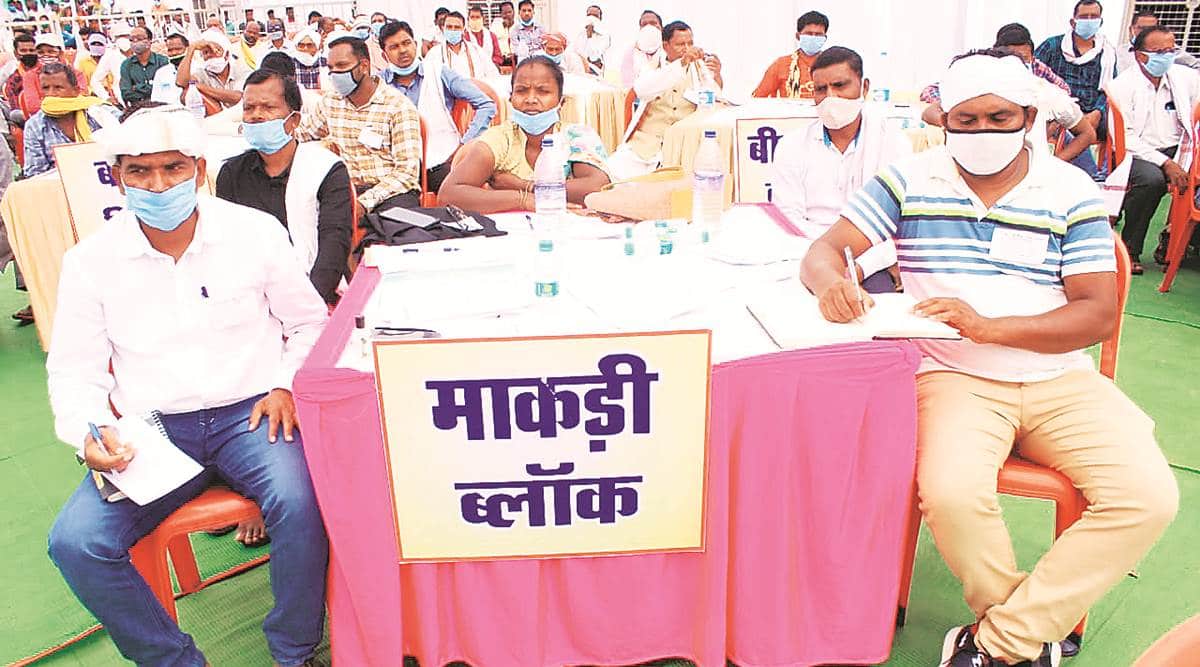 At a Gothan in Kanker district’s Khairkheda, representatives of 16 tribal blocks from five Chhattisgarh districts gathered on Wednesday to put forth their expectations from the rules to be devised under the Panchayat (Extension to Scheduled Area) Act, 1996, also known as PESA Act.

The space chosen for the meeting, 110 km from state capital Raipur, falls in the North Bastar region. The bottomline for most of the representatives from Kanker, Kondagaon, Narayanpur, Balod and Dhamtari districts— stronger gram sabhas and localised power.

State Panchayat Minister T S Singh Deo attended the meeting organised along with the Sarva Adiwasi Samaj, and said the government is likely to notify the rules by the Budget Session. He assured representatives that this would be the first of several meetings.

The PESA Act was enacted by the Centre to ensure self-governance through Gram Sabhas for people living in scheduled areas. Although several laws were tweaked to adjust for this law, it lacks direct rules and thus can’t be implemented.While six states have formed laws, Chhattisgarh has just started the process.

At the meeting, representatives from Keshkal block in Kanker expressed unhappiness over the government’s decision to take away revenue and control of sand mining in their region. Similarly, representatives of Kanker block of the same district requested that the power to get tribal land back from non-tribals should be given to the gram sabha.

Officials invited statements and written suggestions from all those assembled.

The representatives put forth their comments on various sections of the PESA Act—more representation and power for gram sabhas, food security in the hinterlands, authority over the water bodies in the village area and long-term social dispute resolution by giving representation of all tribes living in these areas, irrespective of their numbers. Most also demanded a stop over what they termed was the “financial abuse” of tribals.