Mandeep Punia was picked up from the Singhu border for allegedly misbehaving with police personnel on duty at the farmers' protest site, and arrested on Sunday. He has been sent to 14-day judicial custody. 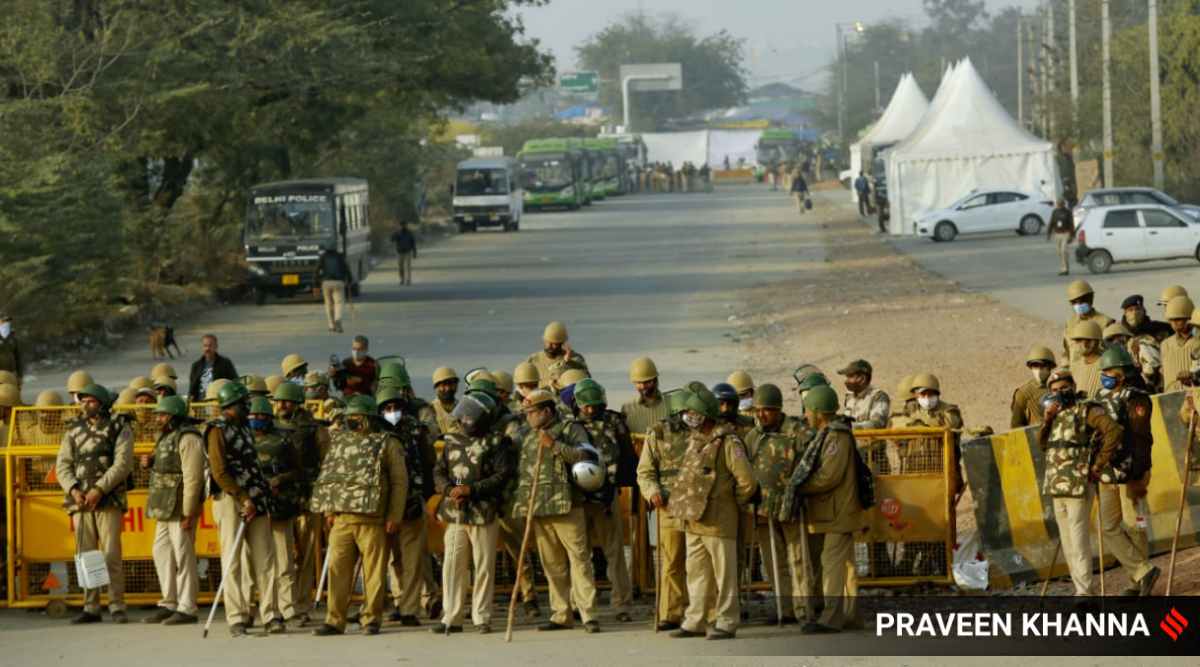 ﻿The Congress Sunday slammed the BJP-led Centre over the arrest of freelance journalist Mandeep Punia from the Singhu border, with party leader Rahul Gandhi remarking that only ‘those who fear truth arrest honest scribes’.

Tagging a video purportedly showing Punia being picked up by the police at the border protest site, the Wayanad MP tweeted in Hindi, “Those who fear truth arrest honest journalists.”

Punia was picked up from the Singhu border for allegedly misbehaving with the police personnel on duty at the farmers’ protest site. Following this, he was arrested on Sunday and a case registered against him. He has been sent to 14-day judicial custody.

Congress general secretary Priyanka Gandhi Vadra said journalists reporting on the farmers’ movement are being arrested, cases are being slapped against them and the internet is being snapped in many places. “The BJP government wants to trample upon the voice of the farmers, but they have forgotten that the more you suppress, the more voices will rise against your atrocities,” she said in a tweet in Hindi.

Congress’ chief spokesperson Randeep Surjewala addressed PM Modi in a tweet and said by slapping false cases at the BJP’s behest against journalists exposing the attack on farmers, and by shutting down mobile internet services at protest sites, “you will not be able to suppress the farmers’ movement and shut out the country’s voice”.

Party spokesperson Supriya Shrinate also hit out at the government in a press conference, saying it is the 70th day of the protest by farmers and they have been forced to sit at the doorstep of the national capital by an “insensitive, obstinate and stubborn government that itself dug trenches and refused the farmers any entry in Delhi”.

“For anybody who tries to show their plight, their pain, this government will go after them — whether it is people in social life, in political life or journalists. A very young journalist by the name Mandeep Punia was arrested and was presented before the magistrate even before his Defence lawyer could reach,” she said.

“We strongly condemn the sedition cases they have filed against our own MP Shashi Tharoor or the kind of sedition cases that have been filed against Mrinal Pande, Rajdeep Sardesai, Vinod Jose, Zafar Agha, Paresh Nath and Anant Nath. We condemn it as these are the people who are trying to show the real face of the farmer, who are trying to bring to light the plight of the farmer and instead of standing with them and letting them do their jobs honestly, this government goes after them,” she added.

Tharoor and the six journalists have been booked by the police, in states including BJP-ruledUttar Pradesh and Madhya Pradesh and in Delhi where law and order is under the Home Ministry, over their allegedly misleading tweets on the Republic Day violence.

Democracy is being “weakened” with every passing day and institutions are being “destroyed”, Shrinate said.

Thousands of farmers, mostly from Haryana, Punjab and Uttar Pradesh, have been camping at border points of Delhi since November-end, seeking repeal of the three controversial farm laws and a legal guarantee to the minimum support price system for their crops.