In 2014, the NDA had swept the polls, winning 42 out of the 48 seats here. The BJP itself had won 23 seats and the Sena 18. NCP was victorious in four seats whereas Congress could only conquer two.

In a state hit by rural distress, unemployment and drought, BJP had looked to offset such issues through its alliance with Shiv Sena, promises of quotas to the Maratha community and farm loan waivers in its bid to repeat its majestic performance of the 2014 Lok Sabha elections. It seems the strategy has been successful. Current trends show them surging in most of 48 seats. In Mumbai, they are ahead in all six seats.

In 2014, the NDA had swept the polls, winning 42 seats here. The BJP itself had won 23 seats and the Sena 18. NCP was victorious in four seats whereas Congress could only conquer two. Congress stalwarts Sanjay Nirpuam and Milind Deora were unable to retain their seats.

The Lok Sabha elections will also likely dictate, with their results, the contours of Maharashtra Assembly elections scheduled later this year.

Exit polls have indicated that the BJP-Shiv Sena alliance was unlikely to repeat its 2014 sweep of Maharashtra in hotly-contested Lok Sabha election. While most of the exit polls predicted that the National Democratic Alliance (NDA) would lose seats in the state, the Congress and its ally NCP alliance are still seen as finishing far behind.

In the 2019 Lok Sabha elections, BJP contested on 25 seats while Shiv Sena fought on 23. Congress and NCP fought 25 and 19 seats respectively, leaving two seats each for their allies. 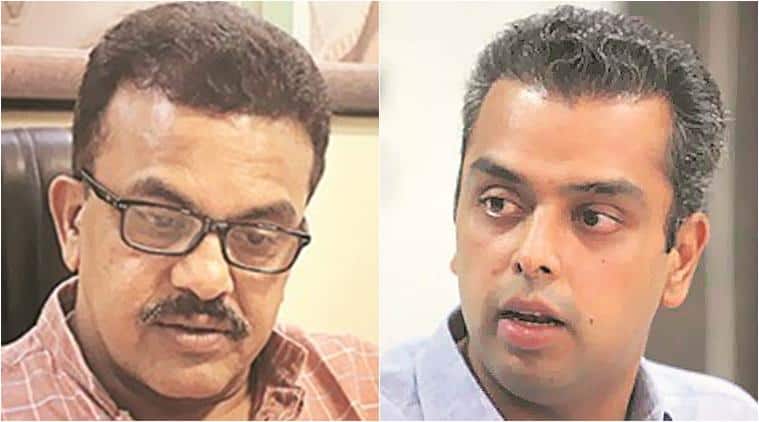 The unity of the Congress and NCP and the extent to which their leaders have overcome their past differences will be a deciding factor in the outcome of the elections. Meanwhile, it also remains to be seen if the Prakash Ambedkar-led Vanchit Bahujan Aghadi, which attempted to bring different marginalised sections of the society under one umbrella and fielded 48 candidates, proved advantageous to the BJP by cutting into the opposition’s vote share.

Contenders in the fray

The state’s dynamics heavily relies on who outrivals whom in some of the major constituencies.

WATCH | Nitin Gadkari On Young Voters’ Perception Of The Government

Union Minister Nitin Gadkari is seeking re-election from Nagpur and is pitted against Congress veteran Nana Patole. In 2014, Gadkari defeated Congress’ Vilas Muttenwar, winning by a margin of nearly two lakh votes. Before 2014, Congress always had a stronghold over Nagpur despite it being the RSS headquarters.

OPINION | Across the Aisle: The importance of being Mr Gadkari

Meanwhile, Baramati will test the popularity of NCP MP Supriya Sule, Sharad Pawar’s daughter, who had weathered the ‘Modi wave’ in 2014. She is up against BJP’s Kanchan Kul, wife of RSP MLA Rahul Kul. Sule is expected to retain her family pocket borough which saw party supremo Sharad Pawar, in a sudden announcement, refraining from contesting the polls.

Former Union home minister Sushilkumar Shinde is engaged in a three-cornered fight against two bulwarks in Solapur— Lingayat seer Jaisiddeshwar Swami of the BJP and Vanchit Bahujan Aghadi’s Prakash Ambedkar. The grandson of BR Ambedkar, Prakash contested from two seats this time — Akola, which is his hometown, and Solapur. 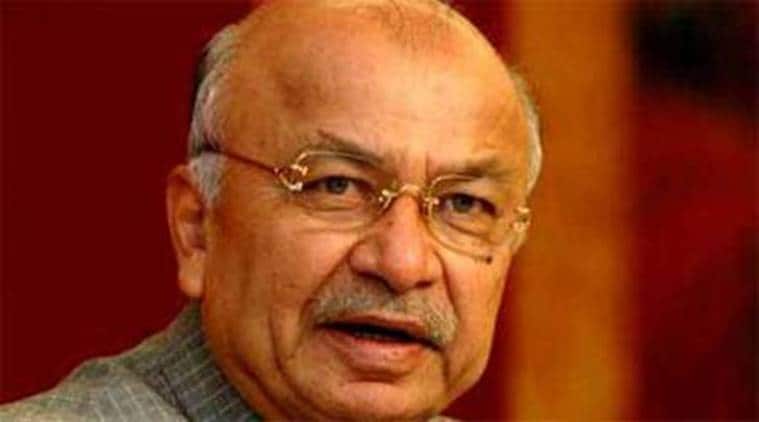 Ashok Chavan, who was among two Congress leaders to win in the 2014 polls, is pitted against Shiv Sena MLA Pratap Chikhlikar in the Nanded seat this time.

READ | Parth Pawar: The 29-year-old for whom veteran Sharad Pawar made way

The power struggle in Ahmednagar will be closely watched, with the seat being a prestige battle for both BJP and NCP. After NCP Chief Sharad Pawar refused to part the seat to Congress, son of Radhakrishna Vikhe Patil Sujay defected to join BJP and contested from the seat. Meanwhile, NCP fielded local MLA Sangram Jagtap.

Joining the saffron party, Sujay Vikhe-Patil had told The Indian Express, “BJP was obvious choice… Didn’t want to commit suicide by joining NCP.” The tussle in Ahmednagar found Radhakrishna Vikhe Patil in a tight spot and he had to resign from his position as the Leader of Opposition in the Assembly due to pressure from the party. 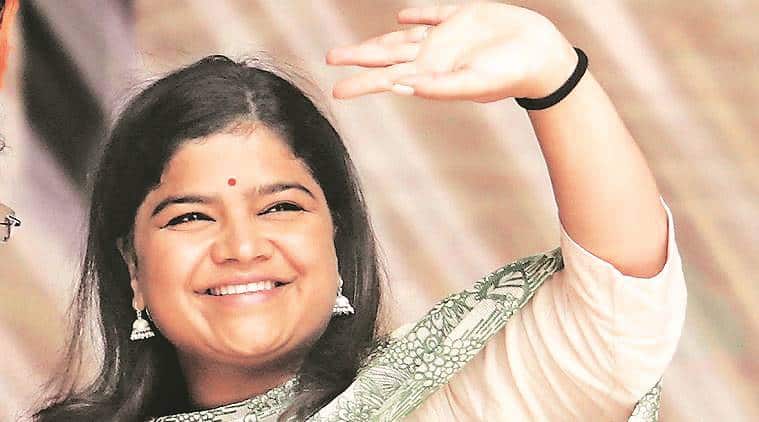 Meanwhile, in the six Lok Sabha seats in Mumbai, Congress leaders Priya Sunil Dutt (North Central Mumbai) and Milind Deora (South Mumbai) would be under the scanner in their bid to win back lost glory.

BJP’s Poonam Mahajan is touted to reclaim the North Central Mumbai seat against Dutt. All eyes will also be on Congress’ new entrant this Lok Sabha polls — actress Urmila Matondkar, who contested from North Mumbai seat against BJP’s Gopal Shetty. In the previous elections, Shetty had clinched the constituency from Congress’ Sanjay Nirupam by a margin of 4.40 lakh votes.

The results of the Lok Sabha elections will define which party would have the upper hand in the Assembly polls scheduled later this year. BJP has campaigned in the state with an eye on the Assembly polls, focussing around two broad issues — infrastructure development in terms of rural road connectivity, metro lines and housing.

The BJP had emerged as the single-largest party after the Assembly elections in Maharashtra with the Shiv Sena a distant second, defeating the Congress and the NCP in the state. However, BJP recorded a huge jump in its tally of seats from 46 to 122 and eventually formed the government with Sena support.