Local Congress leaders in Amethi admit that while Samajwadi Party has not been contesting past few elections in Amethi and Rae Bareli in a gesture towards Congress, which has been leaving seats in SP bastions as well, it is the absence of BSP that affected them the most. Congress turned out to be the major loser in this election in Uttar Pradesh, not just losing Amethi but also with the depletion of its already low vote share, despite launching Priyanka Gandhi Vadra as party general secretary in charge of eastern region.

Loss of its bastion Amethi, from where its national president and three-time sitting MP Rahul Gandhi contested, came as a major setback for the party. Congressmen blame the “goodwill” gesture by the Bahujan Samaj Party-Samajwadi Party alliance by not contesting the seat coupled with the message that Rahul Gandhi might leave Amethi after winning both Wayanad and Amethi, as a twin force behind his defeat.

The seat was earlier retained by former Prime Minister Rajiv Gandhi for about a decade, while his wife Sonia Gandhi and brother Sanjay Gandhi had won from there.

Local Congress leaders in Amethi admit that while Samajwadi Party has not been contesting past few elections in Amethi and Rae Bareli in a gesture towards Congress, which has been leaving seats in SP bastions as well, it is the absence of BSP that affected them the most. While Priyanka was not able to camp in the seat due to her responsibilities in other parts of eastern UP, Congress workers say the message was spread that Rahul might leave Amethi seat for Priyanka Gandhi Vadra to contest.

“People thought Rahul Gandhi chose Wayanad as he was not serious about Amethi. There were talks that if he wins both Wayanad and Amethi, he would leave Amethi for Priyanka Gandhi to contest bypolls as she had been managing the constituency in the past. Priyanka Gandhi, who was busy campaigning across different regions of eastern UP could not give much time unlike earlier instances when she managed just Amethi and Rae Bareli. All these factors together led to the loss of Rahul Gandhi from the seat,” said a Congress leader from Amethi on condition of anonymity. 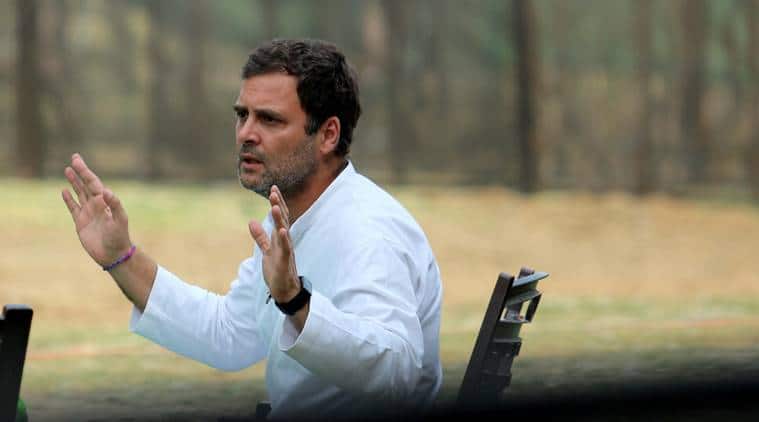 People in Amethi said that the BSP vote bank shifted to the BJP this time, causing loss to the Congress. Rae Bareli, the only seat won by the Congress in Uttar Pradesh, also did not bring any respite. Represented by UPA chairperson Sonia Gandhi, Rae Bareli also saw a major dip in its winning margin to about 1.67 lakh votes from 3.52 lakh votes in 2014.

In Fatehpur Sikri, where the Congress fielded its state president Raj Babbar against Raj Kumar Chahar of the BJP, Babbar lost by a margin of about 4.5 lakh votes. In Kanpur former Union Minister Sriprakash Jaiswal lost to BJP’s Satyadev Pachauri by a margin of over 1.5 lakh votes.

Former Union ministers Salman Khurshid, Jitin Prasada and RPN Singh came at third positions in their respective constituencies. In Varanasi, Ajai Rai was not able to give a direct fight to Prime Minister Narendra Modi where SP candidate Shalini Yadav stood second.
The loss became even worse for the grand old party with its vote share depleting further. In 2014, its vote share in Uttar Pradesh reduced to 7.53 from 18.25 in 2009 and 12.04 in 2004. However, this election, it was just 6.3 per cent.

Congress president Rahul Gandhi accepted defeat and asked Smriti Irani to take care of Amethi. BJP leaders claim that it was the constant presence of Smriti Irani in the constituency that ensured her victory. She distributed saplings and saris, held employment camp, and showcased free movies that worked in the party’s favour.