Konchok Stanzin, Chushul councillor in the Leh Ladakh Autonomous Hill Development Council, handed over a three-page list of facilities required for a “smart security policy” in the area when he met Singh in Chushul for the Rezang La anniversary. 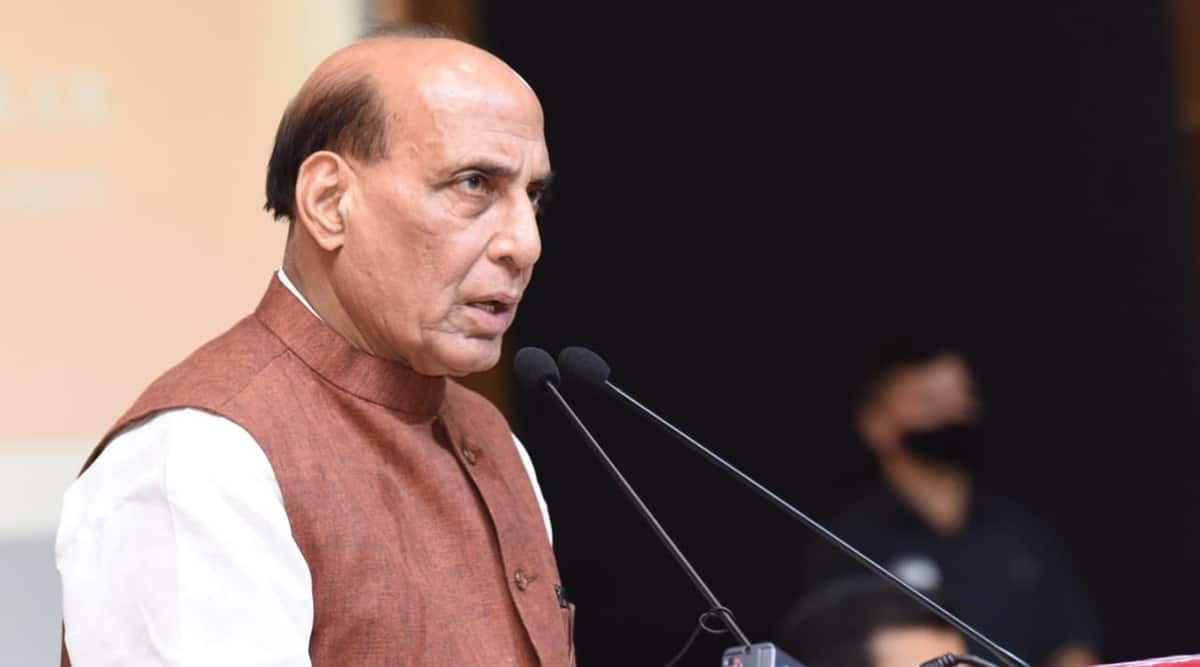 A Ladakh politician representing Chushul, along the Line of Actual Control in eastern Ladakh, urged Defence Minister Rajnath Singh Thursday to provide infrastructure, telecommunication and other facilities in national security interest in the villages of the area to make them comparable to the ones that the Chinese are building to assert territorial claims.

Konchok Stanzin, Chushul councillor in the Leh Ladakh Autonomous Hill Development Council, handed over a three-page list of facilities required for a “smart security policy” in the area when he met Singh in Chushul for the Rezang La anniversary.

The Battle of Rezang La is one of the most heroic episodes of the 1962 Sino-Indian war, and its commemoration this year comes amidst continuing border tensions with China and reports of war-like preparations including the building of border villages.

“I have read in the papers that China is building hundreds of border villages along the LAC in Arunachal Pradesh and other places. Here, on our side of the LAC, already the villages exist, we just need to develop the infrastructure and give people good facilities so that they stay in the villages. Empty villages are not good for our border security,” Stanzin told The Indian Express.

He said there was only one 4G mobile tower in Chushul and Demchok. “Across the LAC, I can count as many as nine mobile towers from Moldo to Sirijap,” he said.

He has demanded a 4G tower for each of the nine villages in Chushul, fibre optic cables, more medical centres with adequate staff and equipment, schools and round the clock electricity, to ensure that people in these areas do not gravitate towards Leh, the only place in Ladakh which has all these facilities.

For pastoralists in the area, Stanzin sought unrestricted access to grazing lands in the Hot Springs area, Pangong Fingers area, and near the Kailash Range.

“The Chinese have given unfettered freedom to their nomads to move freely. They, very often, use their nomads community to transgress on our land in a step-by-step approach. Sadly, the movement of the nomads belonging to this side of the border are restricted by the Indian Army from grazing their livestock on the traditional pastureland from Hot Spring, Fingers to the Army-named Kailash Range (Nyanlung Yokma/Gongma). The nomads on the Indian side are soldiers without uniform. The Indian Army must not restrict their movement relating to grazing and collecting,” he wrote in his representation to the Defence Minister.

Stanzin demanded opening of a trading point with China at Chushul, on the lines of those at Nathu La and Lipulekh, that could help in “fostering good relations with our neighbour… a boost to the local economy”.

Chushul is one of the designated Border Personnel Meeting points. It is where India-China meetings, at the level of the Corps Commander, have taken place since the standoff between the two armies in eastern Ladakh.

“There should be no problem with opening a trading point there,” Stanzin said.

“With the aim to secure our frontiers and fulfil the development aspirations of the border area, concerted effort and actions by various government agencies and UT administration and Government of India is the need of the hour,” he wrote.