…with extravagant claims in both the eastern and western sectors, observes Ambassador Talmiz Ahmad, as India is fixated on asserting its border claims based on the McMahon Line.

Maroof Raza, distinguished commentator on India’s security challenges, has in this well-researched and lucid book provided the various dimensions of the border dispute that lies at the heart of the ongoing Sino-Indian confrontation.

The ambiguous status of Tibet vis-a-vis China lies at the root of the present-day issues that divide India and China.

Through the latter part of the 19th century, British officials in India attached little strategic significance to this large landmass that straddled the northern borders of their ‘jewel in the crown’.

China has claimed full control over Tibet as part of its empire since 1644, but was then too weak to assert any effective authority over this territory.

The British position changed after the Younghusband expedition to Tibet in 1903-1904, after which British India established diplomatic ties with Tibet, sought to settle border disputes between Tibet and Sikkim and open trade links.

British officials viewed Tibet as a buffer between India and China; however, not wanting to offend the rulers in Beijing, both Britain and Russia, the other player in the regional ‘great game’, recognised China’s ‘suzerainty” over Tibet.

Following the fall of the Qing dynasty in 1911 and subsequent turmoil in China, Tibet enjoyed a brief period of being ‘free’, but this was not recognised by India or any other major power.

This independence ended abruptly when China, under Communist rule from 1949, asserted its claims on Tibet and militarily took control of it in 1951.

India provided some modest military supplies to the Tibetans, but the latter were no match for the Chinese forces confronting them.

Thus, Tibet became a part of the People’s Republic and India now obtained a border with China of over 3,000 km. In 1954, India formally recognised Chinese sovereignty over Tibet.

Since then, successive governments in Delhi and Beijing have attempted to formally determine the border between the two countries.

India has based its claims on the McMahon Line that had emerged from the Simla Conference in 1913-1914, though this line was never demarcated.

The agreement was accepted by the Tibetan representative, but was rejected in Beijing.

This has remained the position of subsequent Chinese governments who reject all agreements from the colonial period.

These differences relating to the border led to war between the two countries in October-November 1962.

Both before and after the war, India turned down China’s proposals to enter into a ‘package’ arrangement in which China would accept India’s claims in the east — territory of present-day Arunachal Pradesh, while India would show similar accommodation towards Chinese claims in the west — the area of Ladakh.

After the 1962 War, China withdrew from the territories it had occupied, except Aksai Chin in Ladakh.

From the 1980s, both sides put in place arrangements to handle interactions between their soldiers, ensuring that these did not escalate into conflict or permanently effect changes on the ground in disputed areas.

In recent years, however, military interactions at the border have acquired a sharper edge, such as the 72-day standoff at Doklam at the China-Bhutan-India trijunction in June-August 2017.

The confrontation in Ladakh from April 2020 constitutes a significant change from previous interactions in that the Chinese armed forces have retained control of certain disputed areas in the region.

India’s expanding and deepening security embrace of the US could have led to the Ladakh standoff: Perhaps, the hawks in China wish to remind India that its crucial interests lie in securing its vulnerable land borders with China, where its affiliation with the US serves no useful purpose.

Raza has convincingly asserted that India’s logistical and military capacities have significantly improved since the 1962 debacle and the country is well-equipped to protect its interests in the face of an aggressive China.

However, given the vast canvas covered by the book, the author, not surprisingly, makes some debatable contentions.

Thus, he reflects the contemporary fashion to run down Nehru, even rebuking him for not joining the US-led Cold War alliances! Again, while looking at the run-up to the 1962 War, he has not explored the negative implications of India’s collaboration with the CIA in arming the Tibetan rebels in 1954-1959, and the cooperation between the CIA and India’s Intelligence Bureau in arranging the escape of the Dalai Lama to India in 1959. 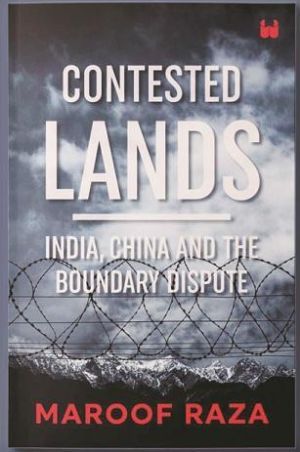 Raza unconvincingly says that a future conflict with China ‘would be a limited one’, and that Chinese troops are inferior to Indian troops as they have no battlefield experience, cannot cope with the Himalayan winters, and, because of China’s one-child policy, they are ‘unwilling to die’.

He also believes, without sound evidence, that Pakistan will not support China in a war against India, while being convinced that the US will back India militarily against China.

While India has been fixated on asserting its border claims based on the McMahon Line, China has increasingly hardened its position with extravagant claims in both the eastern and western sectors.

What the situation needs is not the build-up of military capabilities or even the pursuit of alliances of dubious value, but fresh ideas to manage contentions and pursue cooperation in areas of shared security concern — South Asia, West Asia, Southeast Asia and the Indian Ocean — to ensure the two countries do not sleepwalk into a mutually disastrous conflict.

Talmiz Ahmad is a former Indian ambassador to Saudi Arabia; Oman, and the UAE.