After multiple rounds of talks, Indian and Chinan troops and tanks finally disengaged from the Pangong Tso area in March 2021 after months of standoff.

But the Indian Army maintains a strict vigil in the Pangong Tso theatre, ever attentive for sneaky Chinese intrusions.

Please click on the images for a better look. 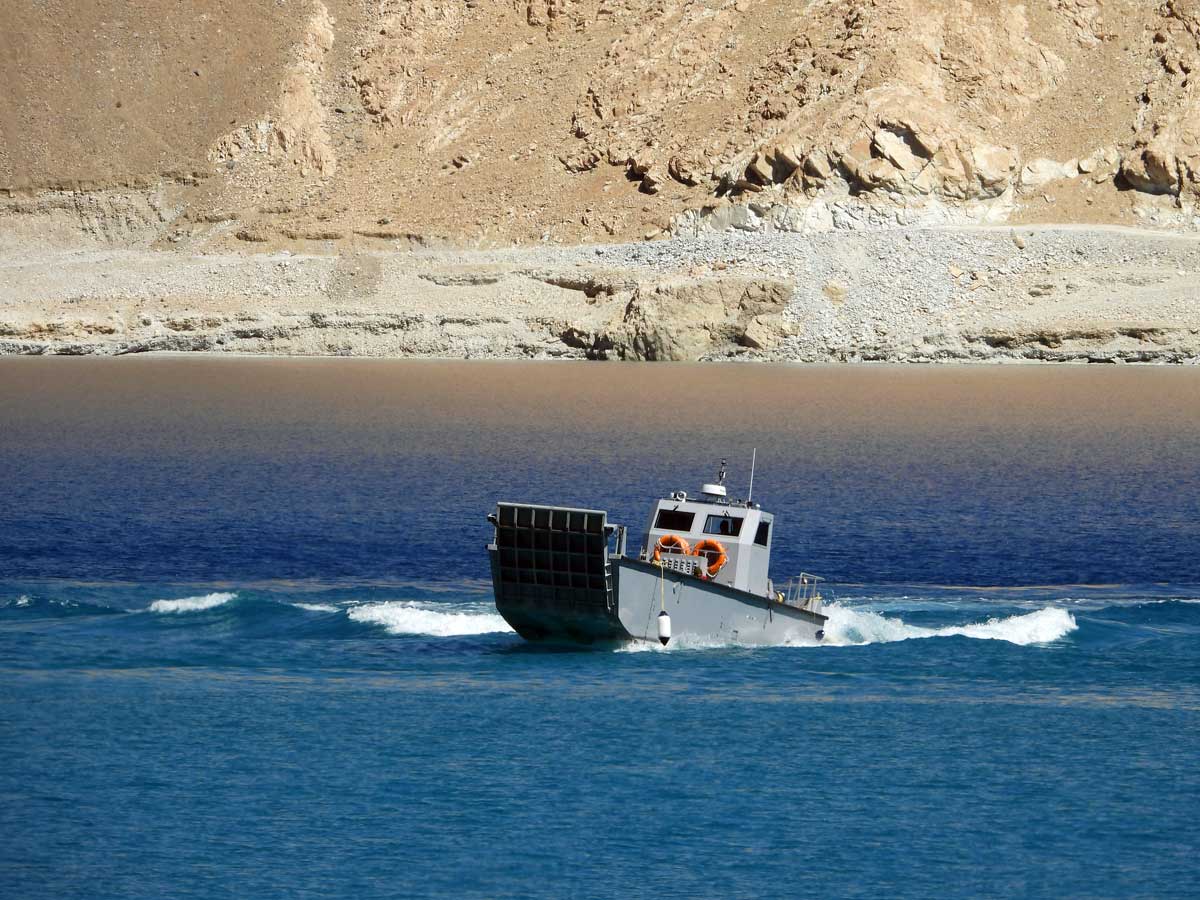 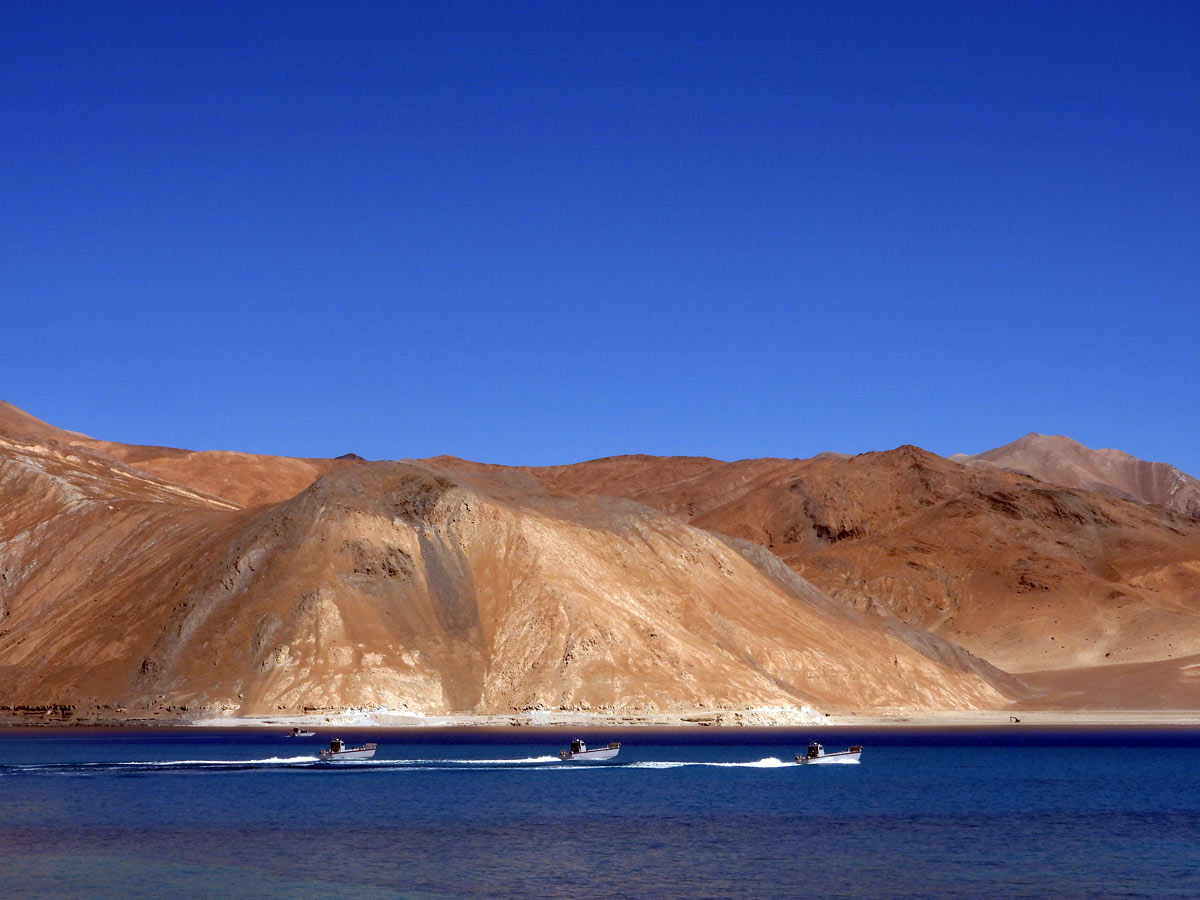 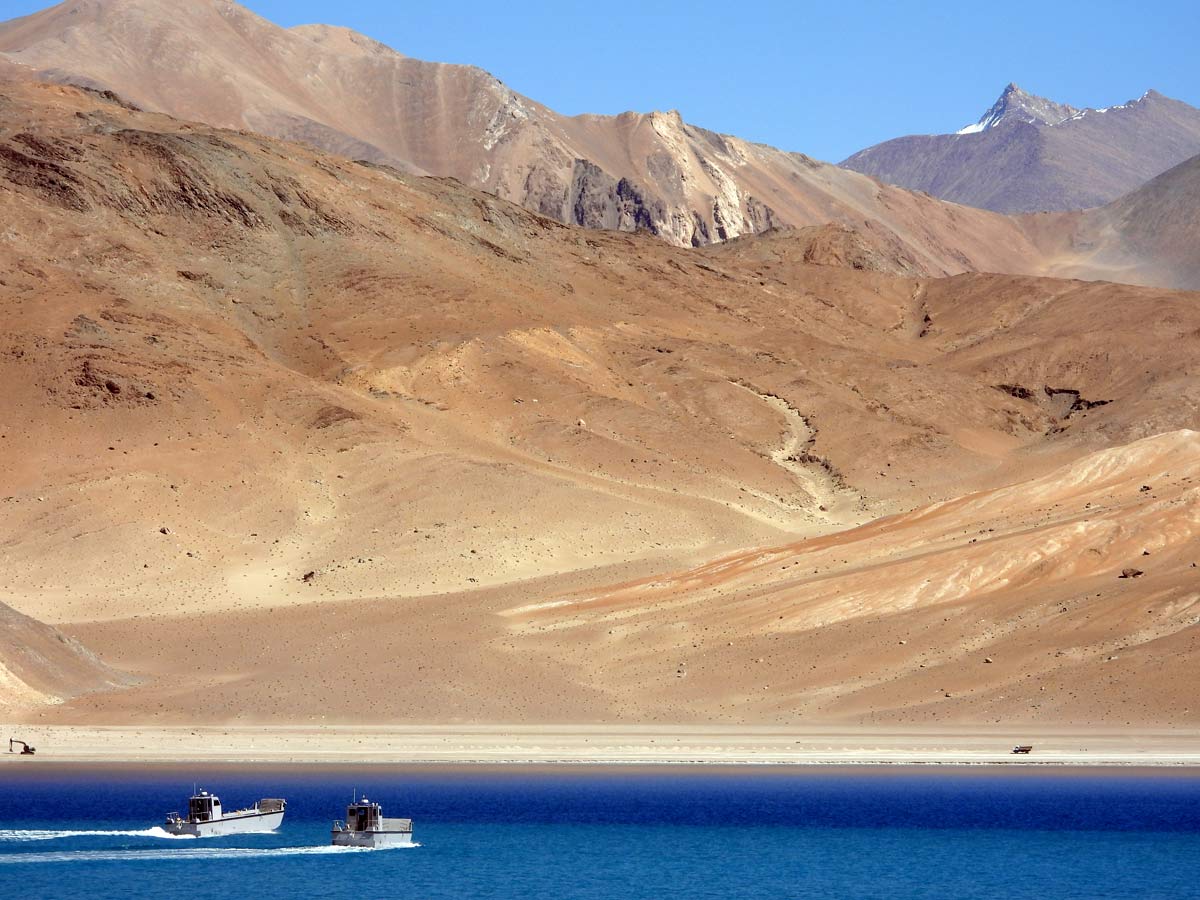 IMAGE: A glimpse of the terrain and Pangong Tso lake. 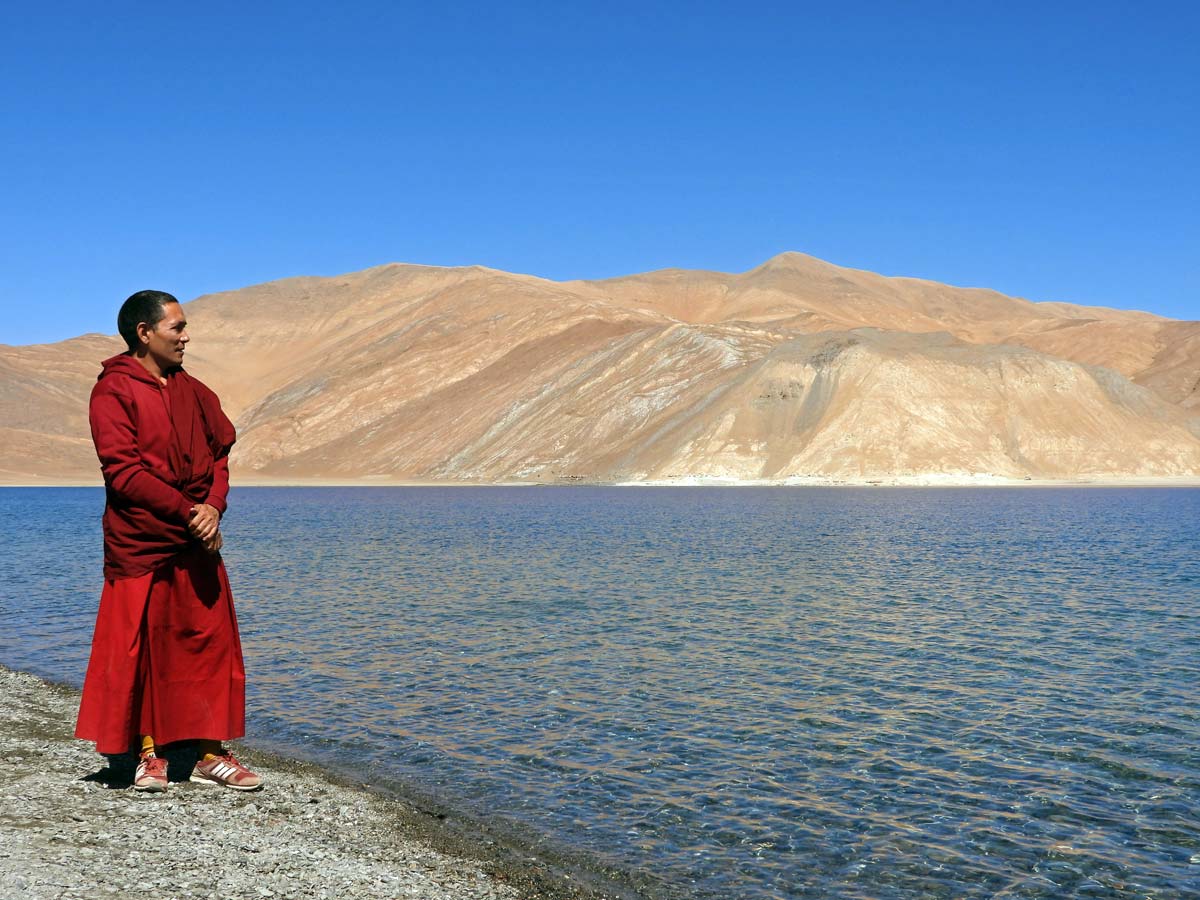 IMAGE: A Buddhist monk on the banks of the Pangong Tso lake.