The policy was part of the Aatmanirbhar Bharat package announced by Sitharaman in May 2020 as a coherent policy where all sectors would be opened for private sector participation. 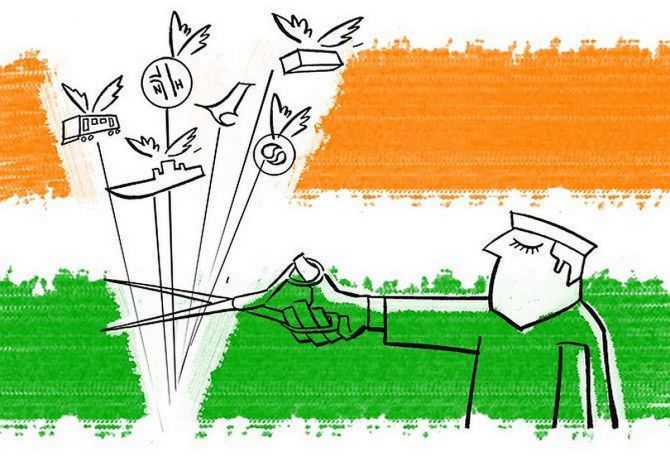 The Union Cabinet has paved the way for the much-awaited policy on the privatisation of public sector undertakings (PSUs), and its details are expected to be announced in the Union Budget.

The policy, which will lay out a road map for the presence of government-owned entities in strategic and non-strategic sectors, was taken up at the Cabinet meeting held on Wednesday and was approved, said two government officials in the know.

The contours of the policy and the strategy to privatise PSUs will be announced by Finance Minister Nirmala Sitharaman in the Union Budget, scheduled to be presented on February 1, said one of the two officials cited above.

The policy was part of the Aatmanirbhar Bharat package announced by Sitharaman in May 2020 as a coherent policy where all sectors would be opened for private sector participation.

The government had then announced its intention to limit the presence of PSUs to one to four in strategic sectors, and to privatise, merge or bring the remaining companies under a holding company.

Companies in non-strategic sectors would see the government exiting completely.

The timing of privatisation of companies in non-strategic sectors is likely to be decided on a case-by-case basis.

Detailed consultations within the government departments and ministries took place which led to the delay in getting the privatisation policy approved, the second official said.

Many discussions were held between a group of ministries that have carved and shaped the policy, the official added.

According to the initial draft of the policy floated by the Department of Investment and Public Asset Management, around 18 sectors were classified as strategic sectors, including power, fertilisers, telecom, defence, banking, and insurance.

These have been categorised mining and exploration, manufacturing and processing, and services.