These elections are significant for both the ruling BJP as well as the Opposition parties, and are being seen by many as a litmus test for public approval of the record of the PM Modi government in its second term 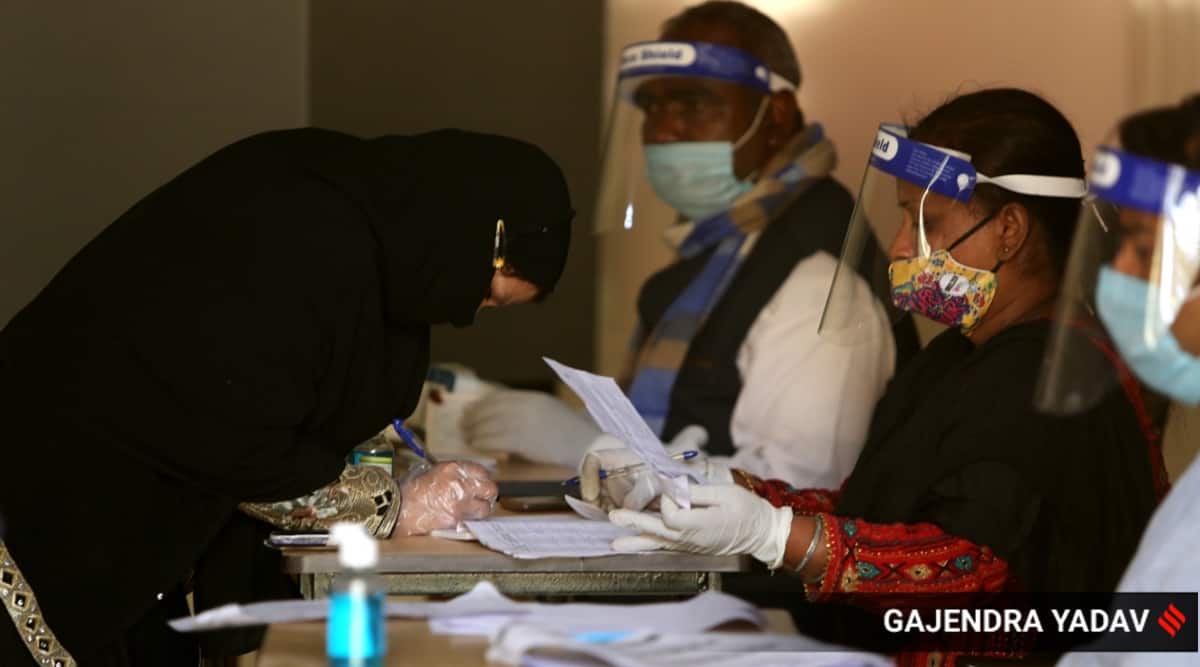 Held under the shadow of the second phase of Bihar elections, the bye-elections to 56 other Assembly seats in 11 states saw a healthy voter turnout despite the Covid-19 pandemic, with reports of violence at two places in Madhya Pradesh and allegations of “fake voting” emanating from Uttar Pradesh.

These elections are politically significant for both the ruling BJP as well as the Opposition parties, and are being seen by many as a litmus test for public approval of the record of the government of Prime Minister Narendra Modi in its second term. Here are the highlights

Here is how the polling process played out in respective states:

At 28, the biggest chunk of Assembly seats that went to polls on Tuesday was in Madhya Pradesh, which saw a voter turnout of 66.37 per cent, according to the Election Commission.

In Morena district, Congress and BJP supporters clashed at Jatavara polling booth and an unidentified person
fired a bullet during the incident, PTI quoted Superintendent of Police Anurag Sujania as saying. “A person was injured, but it was not clear whether he received the injury due to the gun shot or was hit by a stick. It will be clear only after medical examination. The injured person was referred to the district hospital for treatment,” the official said.

In Bhind, Collector Virendra Singh Rawat said they received a report about gun shots fired near a booth in Sondha village under Mehgaon Assembly constituency.

A war of words ensued between Digvijaya Singh and Chief Minister Shivraj Singh Chouhan after the Congress leader questioned the use of EVMs in India, saying the device was prone to hacking. “In a technological age, developed countries don’t trust the EVM, but elections in India and some smaller countries are conducted by EVMs. Why don’t developed countries use (EVMs)? Because they don’t trust EVMs. Why? Because the chip in it can be hacked,” Singh tweeted.

Reacting to Singh’s tweet, Chouhan, while talking to reporters at the BJPs state headquarters here, said, “The
Congress has started making ground for its imminent defeat in the bypolls by blaming the EVMs. Digvijaya Singh is raising questions on the EVMs now.”

Out of the 28 seats that went to polls, 25 fell vacant after Jyotiraditya Scindia’s rebellion against the Congress and subsequent resignation of 22 MLAs led to the collapse of the Kamal Nath government in March. In July, three more Congress MLAs deserted the party to join the BJP. The Congress has repeatedly raised the issue of “gaddari” — betrayal — by Scindia and his team of legislators during election rallies. 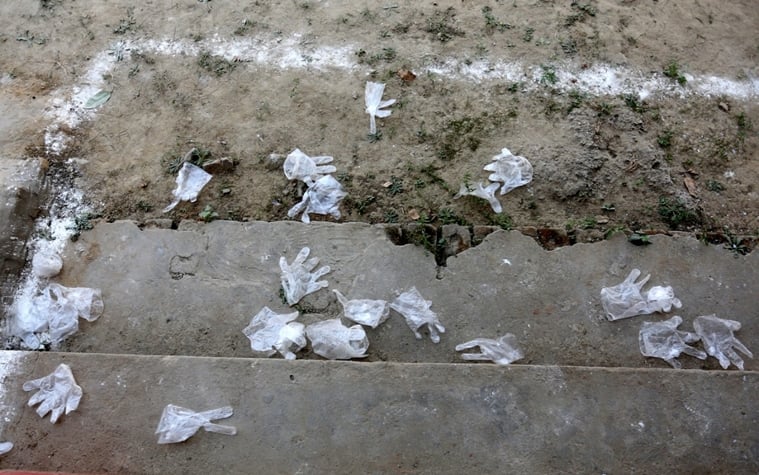 Uttar Pradesh, which saw seven seats going to polls, saw a voter turnout of 51.57 per cent, the EC said. Six of these seven seats were held by BJP, while the Malhani seat in Jaunpur district was with the Samajwadi Party.

In the afternoon, BJP candidate for Naugaon Sadat seat Sangeeta Chauhan alleged “fake voting” in her constituency and demanded that those wearing the burqa should remove the face cover to enable poll officials ascertain their identities, PTI reported.

“Fake voting is going on, but the administration is unable to understand this. We are repeatedly saying this, but no one is listening to us,” she said. The chief electoral officer told PTI that he would look into the allegations.

Meanwhile, people at some places in Tundla constituency in Firozabad district boycotted the polls, alleging no development in their area and insisted that they would not vote unless they get an assurance for the development.

The Uttar Pradesh bypolls come at a time when the Yogi Adityanath government has been facing Opposition heat over a string of rape incidents in the states, especially the handling of the Hathras case and the hurried cremation of the victim in the middle of the night. 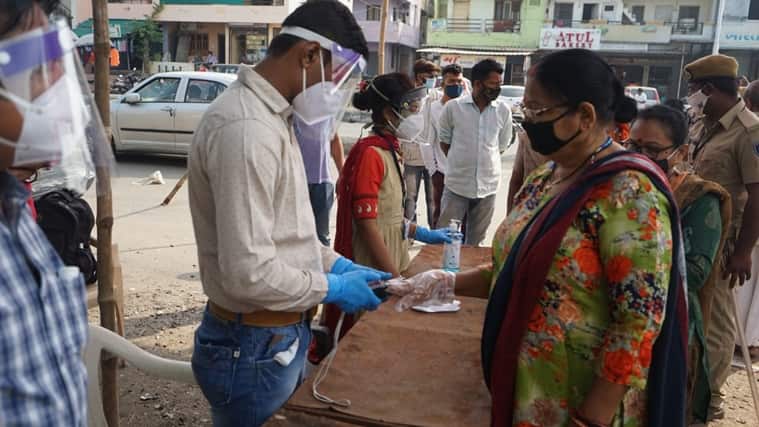 Voting for bypolls to eight Assembly constituencies in Gujarat saw nearly 58 per cent of electorate exercising their franchise. While polling went peacefully, the Returning officer of Karjan Assembly Constituency in Vadodara has set up an inquiry after Congress candidate Kiritsinh Jadeja accused rival BJP candidate Akshay Patel of distributing cash for votes.

The complaint, filed by Jadeja’s election agent Upendrasinh Rana, includes two videos purportedly showing ‘BJP workers’ distributing cash to voters ahead of the polling. The Returning officer of 147 Karjan Assembly Constituency, Sub Divisional Magistrate KR Patel, confirmed to The Indian Express that the election department has taken cognisance of the complaint and initiated an inquiry into the allegations.

In one of the two videos, workers sporting saffron face masks are seen giving away new Rs 100 notes to voters, asking them to press the “kamal Ka button”. The CEO also asked the Morbi district election officer to probe a claim that BJP pamphlets were distributed near a polling booth, PTI reported.

The bye-elections were necessitated by the resignations of Congress MLAs ahead of the Rajya Sabha elections in June. Polling for the Rajarajeshwari Nagar and Sira assembly by-elections in Karnataka saw a 51.3 per cent voter turnout. While the bypolls will not have a serious bearing on party positions in the state, the elections are being seen as a matter of prestige for Chief Minister B S Yediyurappa, who is facing the threat of being replaced in the light of allegations of corruption and interference in governance by members of his family. The bypolls are also important for the new president of the Congress party in Karnataka, D K Shivakumar.