Surendran is alleged to have paid CK Janu Rs 10 lakh to get her to return to the NDA before the Assembly elections in April. 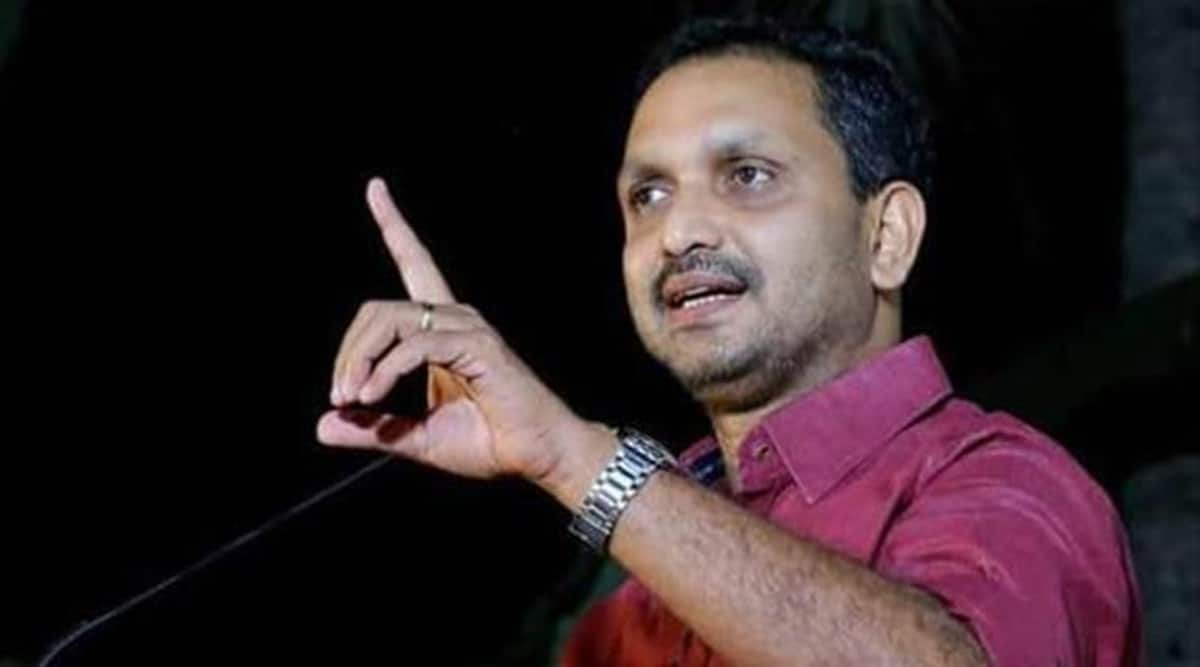 A COURT in Wayanad on Wednesday directed the police to register a case against Kerala BJP chief K Surendran and Janadhipathya Rashtriya Sabha (JRS) leader C K Janu on various charges including bribery.

Surendran is alleged to have paid Janu Rs 10 lakh to get her to return to the NDA before the Assembly elections in April.

The First Class Magistrate’s Court in Kalpetta, Wayanad, was acting on a petition filed by P K Navas, state president of the Muslim Students’ Federation, the student wing of the Indian Union Muslim League (IUML).

The court ordered that a case be registered under IPC Sections 171 B (gratification to any person with the object of inducing him or any other person to exercise any electoral right), I71 E (bribery) and 171 F (undue influence or personation at an election).

Earlier this month, JRS state treasurer Praseetha Azhikode had alleged that Janu had demanded Rs 10 crore from Surendran to return to the NDA before the polls. It was alleged that Surendran finally gave Rs 10 lakh to Janu, who later contested as the NDA candidate from Sulthan Bathery in Wayanad, but was defeated.

An audio clip of a purported conversation between Surendran and Azhikode, which referred to the deal, was also circulated.

While both Surendran and Janu denied the allegations, Azhikode released more audio clips of their purported conversations. In one audio clip, Surendran purportedly asks Azhikode whether Janu will reveal their deal to his party colleague and BJP national executive member P K Krishna Das.

Last week, police in Kasaragod had registered a case against Surendran for allegedly bribing a BSP candidate, K Sundara, to withdraw his nomination from Manjeswaram Assembly constituency, from where Surendran contested unsuccessfully in April. Sundara, who later withdrew his nomination and joined the BJP, had alleged that he was paid Rs 2.5 lakh by local BJP leaders.

Meanwhile, police in Thrissur have submitted a statement in court saying that the money looted in a highway robbery three days before the Assembly elections belonged to the BJP. Police have challenged a petition filed by RSS worker A K Dharmarajan, who sought the court’s direction to release the money recovered so far.

Police said the money belonged to the BJP and was brought from Karnataka to be handed over to BJP Alappuzha district treasurer K G Kartha. The police report said Dharmarajan resorted to the hawala route to bring the money.

The court is set to consider Dharmarajan’s petition on June 23.