The Biden presidency is very sensitive to minority rights as constitutionally proclaimed and the US official human rights agencies will have more clout. Vice President-elect Kamala Harris has already commented on Kashmir, in election debates. 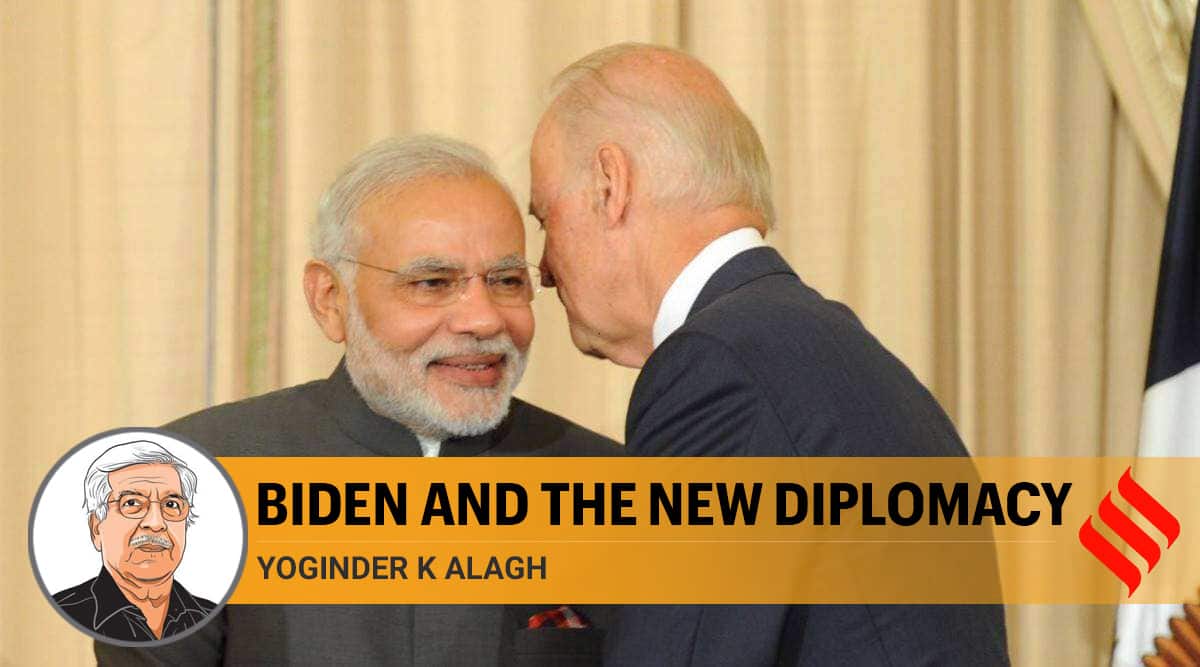 It is interesting that Indian media and commentators have concentrated on the bilateral trade, technology and financial resonance of the expected actions of the Biden presidency. Its political, environmental and global institutional implications have been ignored. These have profound consequences for the country, though the two-minute byte communications world has no patience for it. Those who know better probably prefer to remain quiet for the current “Khan Market gang” knows the propensity of the establishment to shoot the postman.

The Center for American Progress (CAP), headed at the executive level by an American of Indian origin, Neera Tanden, and founded by John Podesta, who was adviser to the US delegation at the Paris climate change talks in the Obama presidency, before President Donald Trump withdrew from the negotiations, had done a lot of work on how to proceed on global and national issues when the consequences can be visualised but not quantified. One of the arguments that the Trump administration had made was data of a quantified kind is not available on global warming. During one such exercise in Washington organised by CAP, I was invited to lead a possible Indian reaction. CAP then followed it up in India using TERI’s good offices.

The restrictions that we have removed on projects in mining in forests or on land use in the natural forests of Kashmir will become the target of discussion the world over. Official circles in Delhi are correctly emphasising India’s progressive stand at the Paris negotiations. This should be used to protect the phalanx and, more generally, environmental laws, as legislated when Jairam Ramesh was minister (UPA), will need more sensitive implementation. Pressure from corporate interests will have to be resisted more firmly. The rights of Adivasis — habitation, livelihood, spiritual affiliation with trees and the jungle — will need greater attention. Projects will be delayed, but what is built will be on firm ground.

There are, of course, lobby groups of NGOs of minorities in our country in Washington. It is legal to lobby in the US. These groups have access to Democratic Party caucuses, just as there are powerful Hindutva groups that were influential during the Trump presidency — the Hindutva groups had supported Trump in the election and arranged for his very successful India visit. It would be naive to ignore these political groups and consequent field realities.

The Biden presidency is very sensitive to minority rights as constitutionally proclaimed and the US official human rights agencies will have more clout. Vice President-elect Kamala Harris has already commented on Kashmir, in election debates. These, of course, are relative statements, since the American structure is one of checks and balances.

A crucial area of Indian interests will be global trade negotiations. The Biden presidency is likely to be as aggressive on this as the Trump regime. It will also pursue the US objective of strengthening multilateral accords and WTO rules with much greater technical clout and diplomatic pressure. Our government had already given up the food security and livelihood clauses as preconditions for discussing “other issues”, basically tariff reduction. Murasoli Maran, who was then India’s commerce minister, had at Doha, stuck to this position. Suresh Prabhu took this position at the WTO ministerial in Argentina (2017) but later gave up the stand, agreeing to discuss tariff reduction, much to the disappointment of the G-77. The present situation calls for adept handling, since there is rising unemployment and excess capacity. The pandemic has only made matters worse. Instead of saying mechanically that the “next quarter will be better”, we need a serious turnaround plan, with local and global angles worked out.

Canadian political scientist Andy Cooper, who visited us on my invitation, mentioned that international relations in the world of modern communication are Bismarckian. This is the world of Bono and his global message. We must recognise that a world dominated by Biden, Trudeau Jr and Macron is different from the “strongman’s” world of Trump, Roy Harper and Hollande.

This article first appeared in the print edition on November 18, 2020 under the title ‘Biden and the new diplomacy’. The writer, a former Union minister, is an economist

Explained: What does President-elect Joe Biden mean for India, its relationship with the US?