The state government had made this submission to the apex court in its reply to Asaram's fresh plea, seeking suspension of his sentence and interim bail to undergo treatment for various ailments at an ayurvedic centre near Haridwar in Uttarakhand. 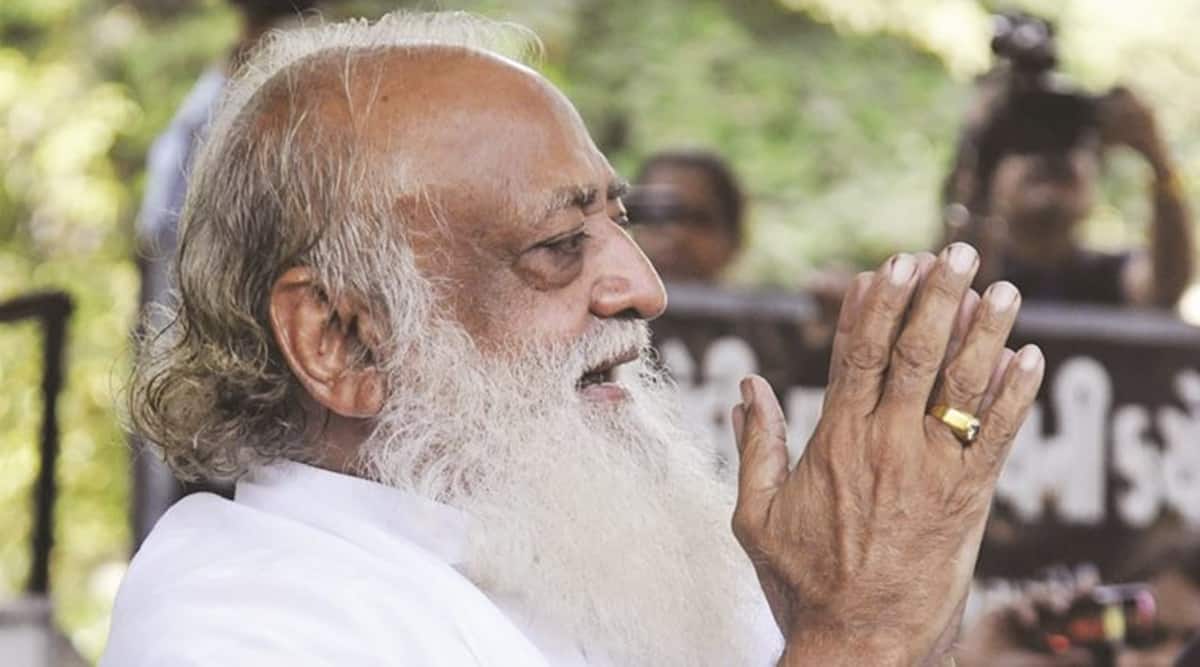 The Rajasthan government on Friday told the Supreme Court that self-styled godman Asaram Bapu, serving a life term in two rape cases, has been hospitalised and is in intensive care unit.

A bench of Justices Indira Banerjee and M R Shah was informed by senior advocate Manish Singhvi, appearing for Rajasthan, that Asaram’s plea for transferring him to an ayurvedic centre near Haridwar in Uttarakhand has become infructuous as now he cannot be shifted due to his hospitalisation.

Senior advocate Siddharth Luthra, appearing for Asaram, said his client has been admitted to the hospital and the court should call for the medical records.

“We don’t know what his ailments are. This court should order for the calling of his medical records from the state as the hospital authorities will not give the details to them,” Luthra said.

The bench said however that it was adjourning the matter till reopening of the court after the summer vacation.

On June 8, the state government had told the top court that Asaram is fit and stable but trying to change the venue of his custody on the pretext of medical treatment.

The state government had made this submission to the apex court in its reply to Asaram’s fresh plea, seeking suspension of his sentence and interim bail to undergo treatment for various ailments at an ayurvedic centre near Haridwar in Uttarakhand.

“The accused/petitioner with ulterior motives has been attempting to change the venue of his custody, under the guise of medical treatment. Such change, with due respect, is an abuse of the process of law,” the state government had said in its affidavit.

“The accused is also deliberately delaying the pending trial at Gandhi Nagar as well as Jodhpur, raising such pleas with mala fides whereas he is stable and fit,” it had said.

The state government had said Jodhpur is one of the rare centres, where both the allopathic and ayurvedic treatments are available.

It had also said Asaram was tested positive for COVID-19 on May 6 and was having mild symptoms, with low-grade fever and was treated properly.

Apprehending threat to the life of family members, father of the child rape-victim has also moved the top court opposing the bail plea of Asaram.

The application for intervention has been filed in the pending petition of Asaram in which he has sought suspension of his sentence and interim bail to undergo treatment for various ailments at an Ayurvedic centre near Haridwar in Uttarakhand.

A Jodhpur court, on April 25, 2018, had sentenced Asaram to life in prison after finding him guilty of raping a teenage girl in his ashram in 2013.

The plea filed through advocate Utsav Bains has said that in case Asaram is admitted to interim bail, there is likelihood that out of vengeance, he may get the applicant, his daughter and his family members killed.

On June 4, the apex court had sought the Rajasthan government’s response to Asaram’s plea for the court’s permission for the treatment at an ayurvedic centre near Haridwar.

The top court had then orally observed that it was not inclined to grant interim bail by suspending the self-styled godman’s sentence.

Asaram had sought the suspension of his sentence for two months saying he needed to get “holistic” treatment of his multiple ailments at a medical centre near Haridwar.

Asaram has moved the apex court, challenging the Rajasthan High Court order which had earlier dismissed his plea for the suspension of his sentences to undergo treatment at a medical centre of his choice.

The plea of Asaram has been filed through lawyer Saurabh Ajay Gupta.

Asaram’s accomplices Sharad and Shilpi were also sentenced to 20 years in jail by the court in the 2013 case for their roles.

The teenager had said in her complaint that Asaram had called her to his ashram in Manai area near Jodhpur and raped her on the night of August 15, 2013.

The 16-year-old girl from Shahjahanpur of Uttar Pradesh was studying at Asaram’s ashram in Chhindwara in Madhya Pradesh.

He was also convicted in a 2002 rape case and sentenced to 20 years in prison. Asaram is also facing a rape case in Surat in Gujarat.

He was arrested in Indore and brought to Jodhpur on September 1, 2013 and is in judicial custody since then.