As Jaitley underwent a surgery in the US in January for a reported soft tissue cancer in his left leg, the Modi government’s sixth and final budget of its current term was presented by Railway and Coal Minister Piyush Goyal, who was the stand-in finance minister.

Even as he chose to opt out of the new government on health grounds, Former Finance Minister Arun Jaitley’s imprint on the country’s economic and financial trajectory will to continue to shape policy in the coming years.

Among the structural reforms pursued over the last five years, Jaitley was instrumental in thrashing out the political consensus needed for the legislative process and subsequent implementation of the Goods and Services Tax (GST) — the first aimed at promoting seamless trade across the country — and the Insolvency and Bankruptcy Code (IBC) — to unshackle the stress in the banking sector. While demonetisation was a challenging policy disruption under his watch, which pulled down economic growth to record lows, his budget proposals over the course of the last five years unveiled measures aimed at attracting foreign investment, lowering corporate tax rate for MSMEs, introducing an ambitious National Health Protection Scheme (NHPS) and promising a minimum 50 per cent return over production cost to farmers.

Building the political consensus, both at the national level and among all states, is perhaps the most significant task that Jaitley managed to achieve during his term as finance minister, despite a very short lead time. State finances ministers, including those at the opposite side of the political divide such as Kerala Finance Minister TM Thomas Issac and Karnataka Rural Development Minister Krishna Byre Gowda, were among those who vouched for Jaitley’s “gentle” persuasive skills in building the consensus for rolling out the tax reform. In fact, when Jaitley joined back office in August 2018 after a three-month break, Kerala Finance Minister Thomas Isaac of CPI (M) tweeted: “…Very happy to read that you are back Arun Jaitley Ji. Looking forward to meeting you at the next GST Council. Let me confess you were missed.” 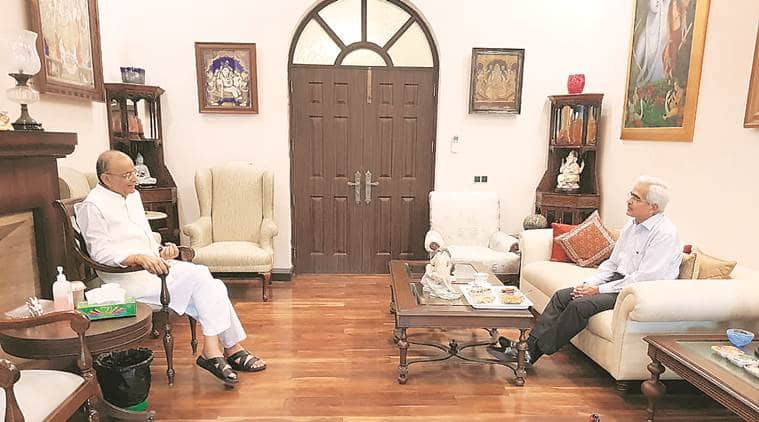 Starting with the Union Budget 2014-15, Jaitley significantly eased foreign direct investment norms for defence, insurance, housing and manufacturing sectors, while budget for 2017-18 announced abolition of the Foreign Investment Promotion Board, the body that cleared foreign direct investment plans up to Rs 5,000 crore. Union Budget 2015-16, announced creation a Micro Units Development Refinance Agency (MUDRA) Bank, with a corpus of Rs 20,000 crore, and credit guarantee corpus of Rs 3,000 crore to refinance microfinance institutions through Pradhan Mantri Mudra Yojana – which has been a key scheme of the government to promote micro entrepreneurship in the non-farm sector. Opening of bank accounts for the unbanked and provision of insurance and pension products at low cost were other measures to build the financial safety net for the poor

The showpiece of the 2018-19 Budget was an ambitious National Health Protection Scheme (NHPS) for over 10 crore poor and vulnerable families, an estimated 50 crore individual beneficiaries, with coverage of up to Rs 5 lakh per family per year. Among the steps to cleanse political funding, the government brought down anonymous or unnamed cash donations by individuals to political parties from the Rs 20,000 to Rs 2,000 in line with the recommendation of the Election Commission. It also unveiled a scheme of electoral bonds for giving donations to political parties.

As Jaitley underwent a surgery in the US in January for a reported soft tissue cancer in his left leg, the Modi government’s sixth and final budget of its current term was presented by Railway and Coal Minister Piyush Goyal, who was the stand-in finance minister. This budget reduced the income tax rate for those earning up to Rs 5 lakh to zero and announced a Rs 6,000 per year income support scheme to farmers with small landholdings. Jaitley had a renal transplant on May 14 last year at AIIMS, New Delhi, with Goyal filling in for him at that time too. Jaitley, who had stopped attending office since early April 2018, was back in the finance ministry on August 23, 2018.

Apart from schemes, Jaitley assiduously built political consensus around the GST, which opened a new chapter in the Centre-state fiscal relations and stitched together a common market across the country by subsuming various taxes. The finance ministry has proactive in addressing the challenges posed by implementation of GST. With monthly GST collections stabilizing above Rs 90,000 crore and growing, the biggest reform seems to have settled down. Jaitley also enjoyed confidence of state finance ministers of political parties from the opposition, as all decisions in the GST Council meetings were taken through consensus, without the need for resorting to voting. A total of 34 meetings of the GST Council, which is headed by Union Finance Minister, have been held so far.

The enactment of the IBC was aimed at pruning the stressed assets of over Rs 10 lakh crore in the economy – the law has so far yielded a recovery rate of 43 per cent points for the banks, much higher than in the earlier regimes. From December 1, 2016, when provisions of CIRP kicked in till March 31, 2019, the IBC yielded successful resolution plans in 93 cases, wherein financial creditors could recovery Rs 74,497 crore out of admitted claims of Rs 1,73,359 crore — resulting in a recovery rate of 43 per cent for the financial creditors. In the existing regime of DRT/SARFAESI, banks could recover less than 20 per cent of the stuck loans with significant delays.

To revive the public sector bank, the government also provided record capital infusion of more than Rs 2.1 lakh crore and merged certain weak banks with strong banks. With the NPA cycle peaking and showing signs of reversal, the measures are starting to have a major impact in tackling the twin balance sheet challenge of banks and corporate sector both having unsustainable debt.