It flew 7 hours to Madrid where it made a 90-minute halt on its way to Delhi where it landed around 11 pm IST. 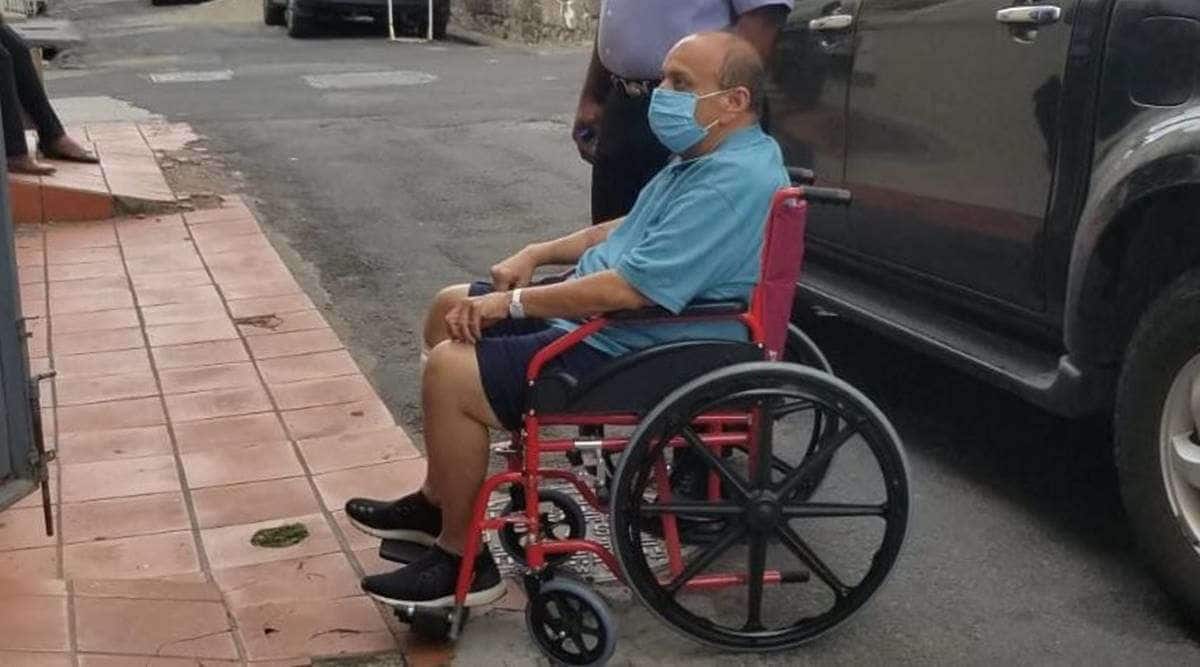 From the time he showed up bruised and battered in Dominica police custody, the story of fugitive jeweller Mehul Choksi, a citizen of Antigua and Barbuda who is wanted by India for his alleged role in the PNB scam, has been one of twists and turns, and many unanswered questions.

While a debate rages on how Choksi landed in Dominica — his family has alleged abduction — and Antigua wants him deported to India, a chartered jet operated by Qatar Executive, the private arm of Qatar Airways, to likely fly him out returned to Delhi Friday night after waiting at the Douglas-Charles airport in Dominica for more than a week.

It flew 7 hours to Madrid where it made a 90-minute halt on its way to Delhi where it landed around 11 pm IST.

The 13-seater Bombardier Global jet, which landed in Dominica at 1.15 pm local time on May 28, was said to have carried a team of eight officials to secure Choksi’s deportation to India — hearing of his case has been adjourned and no date has been decided yet.

According to flight-tracking portals, the jet, after a seven-hour flight from Dominica, landed at Madrid airport, where it made a one-and-a-half hour halt before departing for Delhi..

According to an official of a private air charter company, the distance from Delhi to Dominica is over 14,000 km and the Bombardier Global jet has a maximum range of 9,260 km. A halt in Madrid, the official said, must have been for refuelling.

Before it landed in Dominica on May 28, the jet had flown to Delhi from Doha. It left Delhi 36 hours later for Dominica via Madrid. Dominica is an island nation to the south of Antigua and Barbuda in the Caribbean.

Last week, Prime Minister Gaston Browne of Antigua and Barbuda said that an aircraft had arrived in Dominica, carrying necessary documentation in support of the case for Choksi’s deportation to India.

The Eastern Caribbean Supreme Court in Dominica is hearing Choksi’s plea against deportation to India. The Public Prosecution Service is in favour of his deportation, saying his plea is not maintainable.

Choksi has claimed that he was abducted from Antigua and Barbuda and forcibly taken to Dominica in a yacht. His lawyer in India, Vijay Aggarwal, has said that his client is no longer an Indian citizen and cannot, under existing laws, be repatriated to India.