Speaking in the context of the recent eviction of unauthorised settlers, Sarma said those criticising his government should instead think of “how to practice small family size”. 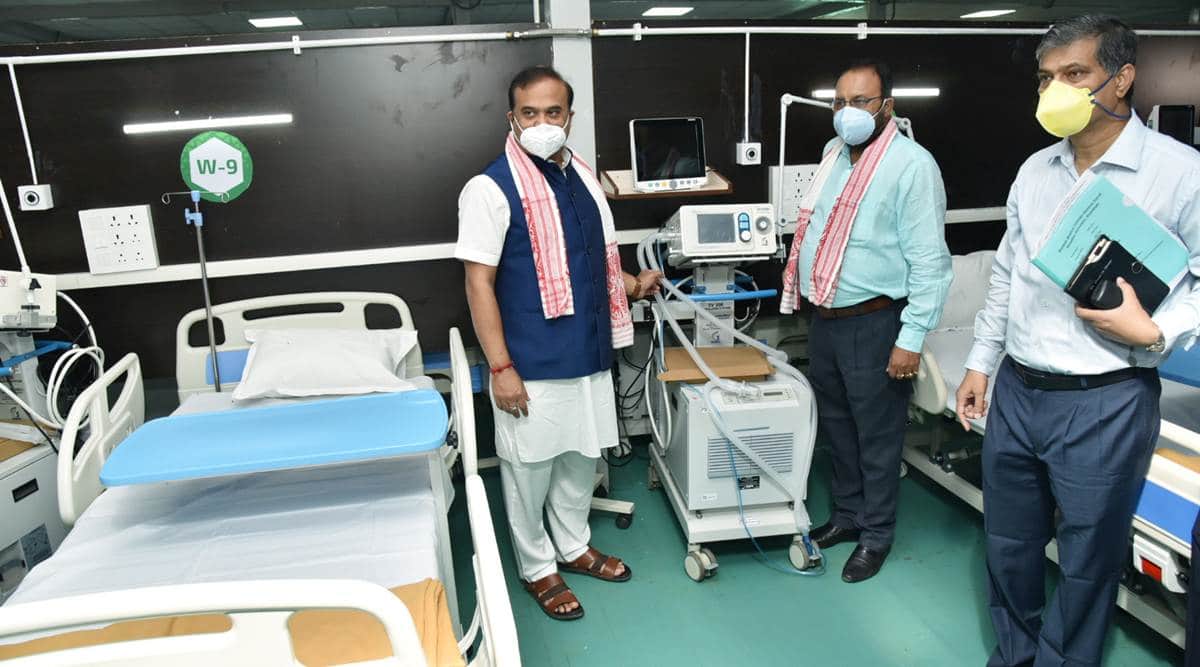 CHIEF MINISTER Himanta Biswa Sarma on Thursday urged a section of the Muslim community in Assam to adopt “decent family planning norms” to overcome social ills such as poverty and illiteracy. Sarma made the remarks at a press conference here to mark the completion of one month of the government led by him.

Speaking in the context of the recent eviction of unauthorised settlers, Sarma said those criticising his government should instead think of “how to practice small family size”.

“We can solve numerous social ills in Assam, if immigrant Muslim community adopts decent family planning norms. This will be my appeal to them,” he said. “For their poverty to end, Muslim women need to be educated, population needs to be controlled. I appeal to them to work together with us. We are there for all of you, to support women’s education and reduce poverty. But poverty will never be reduced unless you control your population.”

Sarma said the Assam government would work for everyone’s development without any discrimination, but it needs “community support”. He urged political and non-political organisations representing the interest of the state’s Bengali-origin Muslim community – the Badruddin Ajmal-led AIUDF and the minority students’ organisation AAMSU – to think of population control for the community.

The Bengali-origin Muslim community of the state and perfume baron and MP Ajmal have been in the crosshairs of the BJP’s political rhetoric. On the other hand, in April this year, the Janagosthiya Samannay Parishad, an umbrella body of more than 30 “indigenous” organisations in Assam, launched a website to conduct what they call a “census” of Assamese Muslims, in order to distinguish them from Bengali-speaking migrant-origin Muslims.

Sarma said the government wants to “work with the minority Muslim community to reduce population burden”, so that the root of social menace such as poverty and land encroachment is solved.

“Population control policy is already in place,” he said, referring to the two-child norm approved by the state Cabinet in 2019 for entry and continuation in government service. The Assam Panchayat (Amendment) Act, 2018 also bars those with more than two children from contesting the panchayat polls.

On the priorities of his government, the chief minister said, “In next six months, our focus will be to bring reforms in education, health, social welfare [sectors] and bringing a fundamental reform in governance.”

He focused on how the fight against drugs – narcotics worth Rs 25 crore have been seized in the past one month – and tackling the Covid pandemic have been important achievements of the new government. “Assam is the only state where we are trying to control Covid without imposing total lockdown,” he said.

On the occasion, Sarma launched the state’s Sishu Seva Scheme, which is an assistance scheme for minors orphaned by the Covid pandemic, including providing Rs 3,500 per child per month to such children, till they attain the age of 24.

“A monthly financial assistance of Rs 3,500 which will be realised from the fixed deposit will be given to the beneficiaries till they attain 24 years of age. On completion of 24 years of age, the principal amount parked as fixed deposit against each beneficiary would be credited to their bank accounts,” a government statement said.