One has to wonder if it’s the recreation of contemporary protest movements (reminiscent of JNU) that might be the cause of ire. 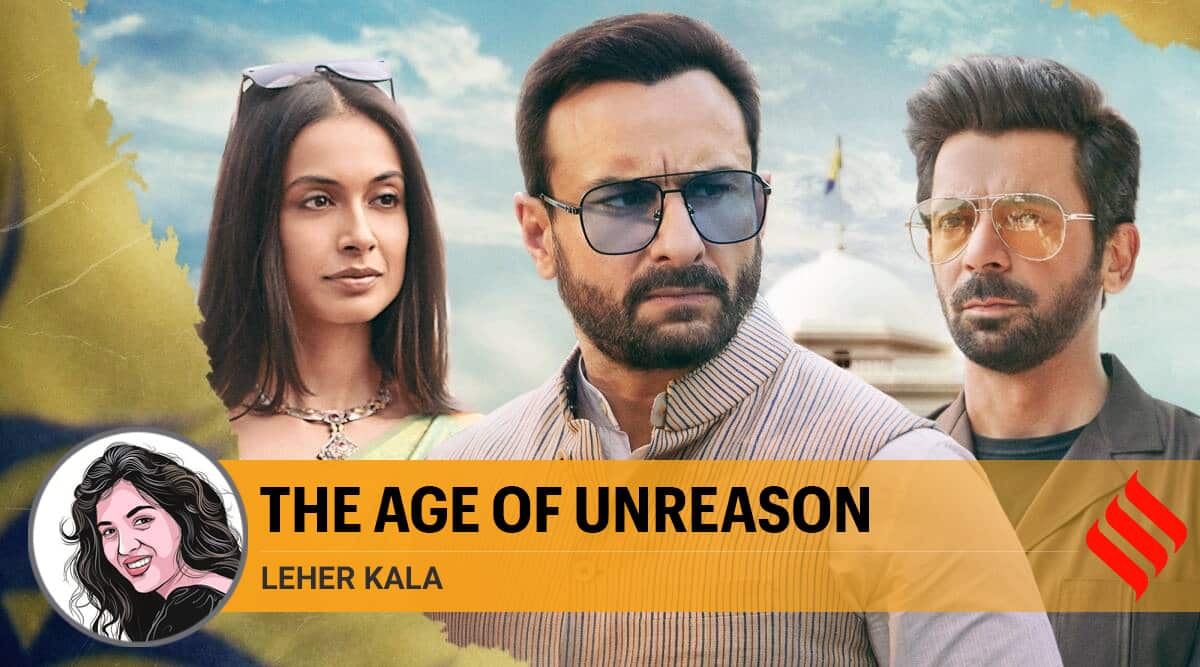 Five frames into Tandav, the controversial political drama on Amazon Prime, two policemen drop a Hindi obscenity, jolting the viewer to attention. The forbidden word used liberally in everyday parlance in North India never made it to cable TV. On Internet platforms that escaped ­regulation, the explicitness of our collective vocabulary has been duly celebrated in shows like Mirzapur and Pataal Lok. It was too good to last, of course. In 2020, the government brought streaming platforms under the purview of the I & B Ministry and Tandav has the dubious distinction of being the first OTT show to face course correction.

The accusations against Tandav are more than mere language: that it denigrates Hindu gods, promotes communal hatred and is anti-Dalit. But one has to wonder if it’s the recreation of contemporary protest movements (reminiscent of JNU) that might be the cause of ire.

There are two issues that demand urgent attention with regard to film and TV censorship. Firstly, is public interest served when the men and women who write these shows — creating content by tapping into the realities around them — told that their ideas don’t deserve to be seen? This refusal to acknowledge the complexities within society via storylines of caste atrocities and gender crimes obscures television’s other responsibility besides entertainment, which is not to present just one view as the absolute truth. Secondly, what option is the permanently infantilized Indian left with — must we obediently keel over and give ourselves up to intellectual conformity — and let the State decide what we wear, watch, eat and say?

As Hitler famously noted in Mein Kampf, effective propaganda appeals to the emotions of the people rather than their ability to reason. It’s never been easier to ride roughshod over someone else’s lifework. In this the State is enabled by the public that has an insatiable appetite for chaos and revels in sowing confusion, one tweet at a time. For example, the Supreme Court has admitted a PIL by a Mirzapur resident, who objected that the web series portrayed the eponymous city as a den of terror and crime. This view was supported by Mirzapur MP Anupriya Patel who tweeted that under the leadership of a great Prime Minister and Chief Minister, the infamous UP town is “a centre of harmony”. Overnight, the over 200 cast and crew members of Mirzapur are facing an uncertain future, the 4.6/5 audience rating no match for the pressure the network is facing to abandon the show. Ultimately, one man’s “hurt sentiment” has derailed hundreds of livelihoods and crushed thousands of creative spirits. The messaging the young and talented in every field in India are internalising right now is: be original if you dare, but at your own risk.

It is to be hoped that since higher reasoning is a hallmark of the human species, there’s only so much post-truth discourse a nation will take before rebelling. In our ravaged landscape, of overflowing garbage and poisonous air, the chilling ­arrest of a climate change warrior is inducing feelings of unreality; somewhere, a deep disillusionment is settling in, reaffirming the futility of a fight. While wisdom might be the ability to adapt to circumstances we are powerless to change, keep relinquishing freedoms and the risk is drifting through life, half alive.

These days I have started seeing parallels bet­ween our ethical meltdown and the shrill but strangely compelling hit book of my youth, Atlas Shrugged. Ayn Rand’s weird rant was about how desperately the world needs creative inventors and how viciously it treats them. Eventually, all the intelligentsia moves out, and without them the world begins to self-destruct. Rand’s black or white morality is unconvincing but you can’t help but be moved by her idealism. At one level it’s a romantic ode to originality. At another, a reminder, that we all have a duty to do what it takes to transcend a particularly difficult present.

This article first appeared in the print edition on February 21, 2021 under the title ‘The age of unreason’. The writer is director, Hutkay Films