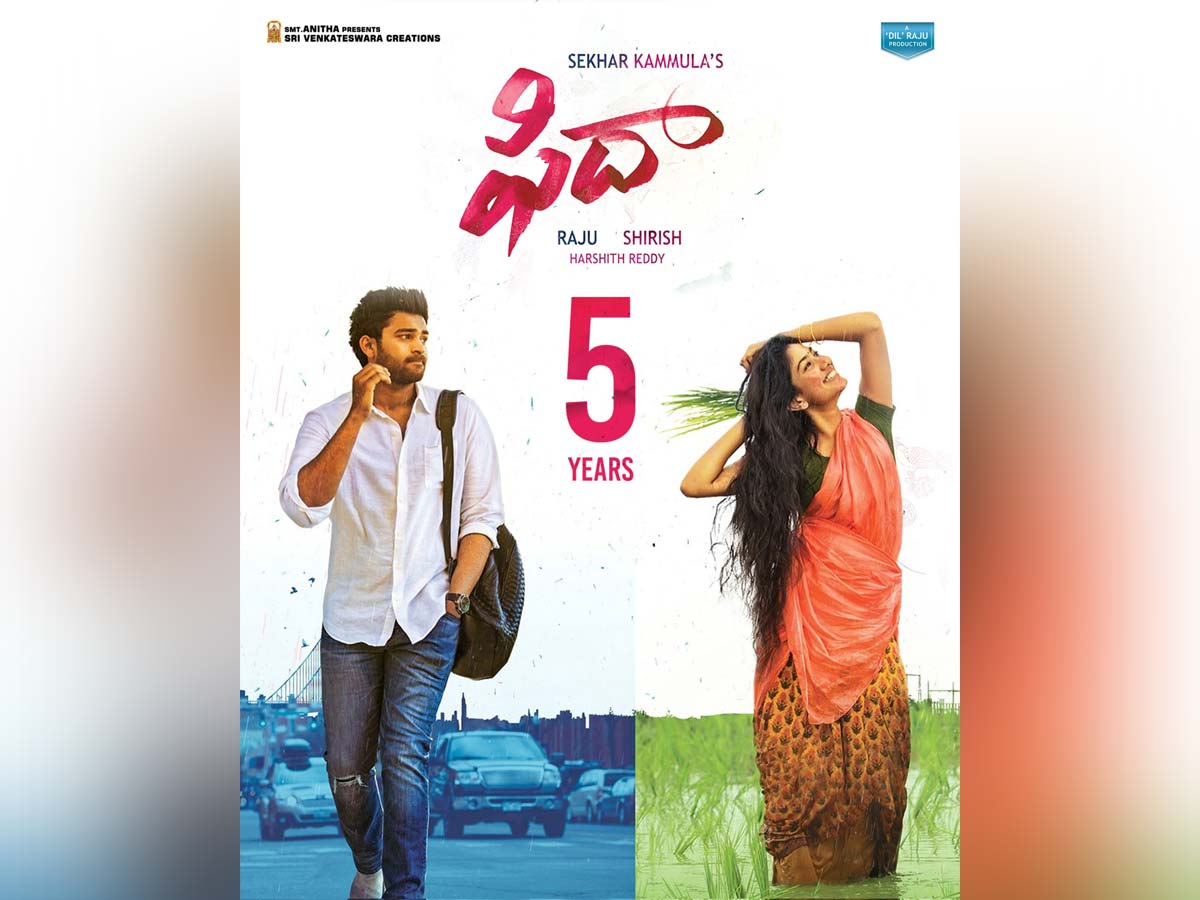 Sai Pallavi completes 5 years in Tollywood” Sai Pallavi who is popular for her natural performance, has clocked 5 years in the Telugu film industry. She made her debut in Telugu film industry with Sekhar Kammula directorial film Fidaa, in which she shared the screen space with mega prince Varun Tej Konidela.  It was released on 21st July 2017. The romantic drama created a strong foothold for her in Tollywood, and ever since, there has been no looking back for her in the film industry. Today marks 5 years of Sai Pallavi in Tollywood. #5YrsOfSaiPallaviInTFI  and #5YearsForFidaa are trending on twitter.

The production house Sri Venkateshwara tweeted: Vachinde, 5 year anniversary vachinde! A big shoutout to all the fans who continue to shower love on the film #Fidaa.

Fidaa is all about the story of a guy named Varun, an NRI medical student, and Bhanu, a vivacious, young woman, fall in love with each other. However, they face many personal differences that create complications in their relationship.