The TMC hopes that by winning most of the 42 seats in Bengal and picking up at least a few in some other states, it can put itself in a position to disrupt the conventional national political scene. 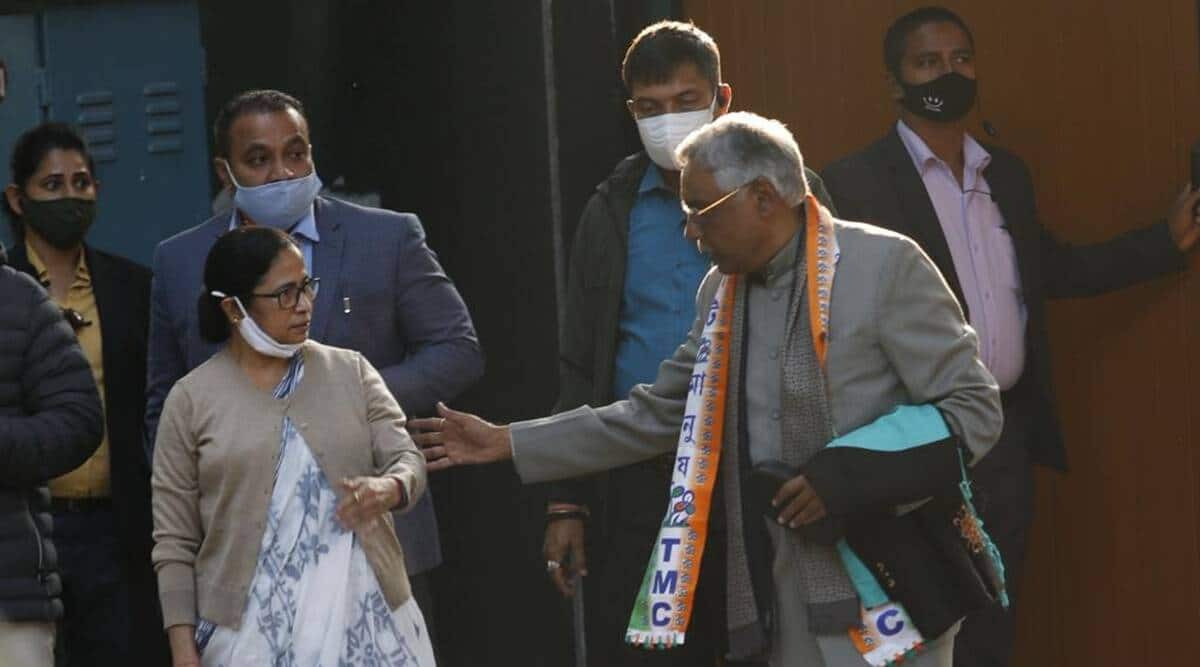 Mamata Banerjee inducted Kirti Azad of the Congress, expelled JD-U leader Pavan Varma, and former Haryana Congress chief Ashok Tanwar into the TMC on Tuesday as part of a plan to register the presence of her party in states other than West Bengal, and to make a bid for a handful of seats outside her home state in the Lok Sabha elections of 2024.

The TMC hopes that by winning most of the 42 seats in Bengal and picking up at least a few in some other states, it can put itself in a position to disrupt the conventional national political scene. “We can even dislodge the Congress as the main opposition party,” a TMC leader said.

The West Bengal chief minister, who is on a four-day visit to Delhi — her second trip here in four months — is keen to be part of the national political narrative, and the TMC is currently making a determined attempt to carve out space for itself in Tripura and Goa. As of now, no party other than the BJP and Congress holds power in more than one state.

By going full-throttle in Goa before the Assembly elections, and inducting leaders of all kinds — young and old, prominent and inconsequential — Banerjee is sending an aggressive political signal. Relations with the Congress and opposition unity at the national level could become casualties of her ambition, but TMC leaders said it was unavoidable.

“You have to start somewhere. If you start building leaders…it will take 10 years to build a leader in Bihar or Haryana. How else do you spread? She believes that you can’t keep waiting for the Congress to get its act together to take on the BJP. You may think that those who are joining the Trinamool are inconsequential. But that is how it starts. Many senior leaders of the Congress are not happy…and in 10 years she will become an alternative,” a senior TMC leader said.

To the criticism that the TMC may end up dividing the anti-BJP vote in Goa, another leader said: “At this stage, wherever she goes people will say she is dividing the [anti-BJP] vote. But you have to take somebody else’s vote bank to build your base. Elections are happening in five states and she has to be part of that narrative. Otherwise, all the talk will be just about (Narendra) Modi, Priyanka (Gandhi Vadra), Akhilesh (Yadav) or (Arvind) Kejriwal. We also aspire to become a national party.”

Varma, a former adviser to Bihar Chief Minister Nitish Kumar and a Rajya Sabha MP until July 2016, was expelled from the JD-U — of which he was national general secretary and spokesperson — in 2020.

On Azad’s exit, Congress spokesperson Pawan Khera said on Tuesday: “All those who want power and who do not have the passion (jazba) to struggle can leave.” Congress leader in Lok Sabha Adhir Ranjan Chowdhury lashed out at Banerjee and the “political opportunists”.

“Banerjee is dangling Rajya Sabha seats before these people. She is indulging in political entrepreneurship, and these sold-out souls are selling themselves. This is nothing but political meena bazaar,” he told The Indian Express.