The police identified the militants as Arif Hajam, a resident of Sadoora, Basit Rashid Ganai of Audsoo Achabal, and Suhail Mushtaq Bhat of Karimabad Pulwama. 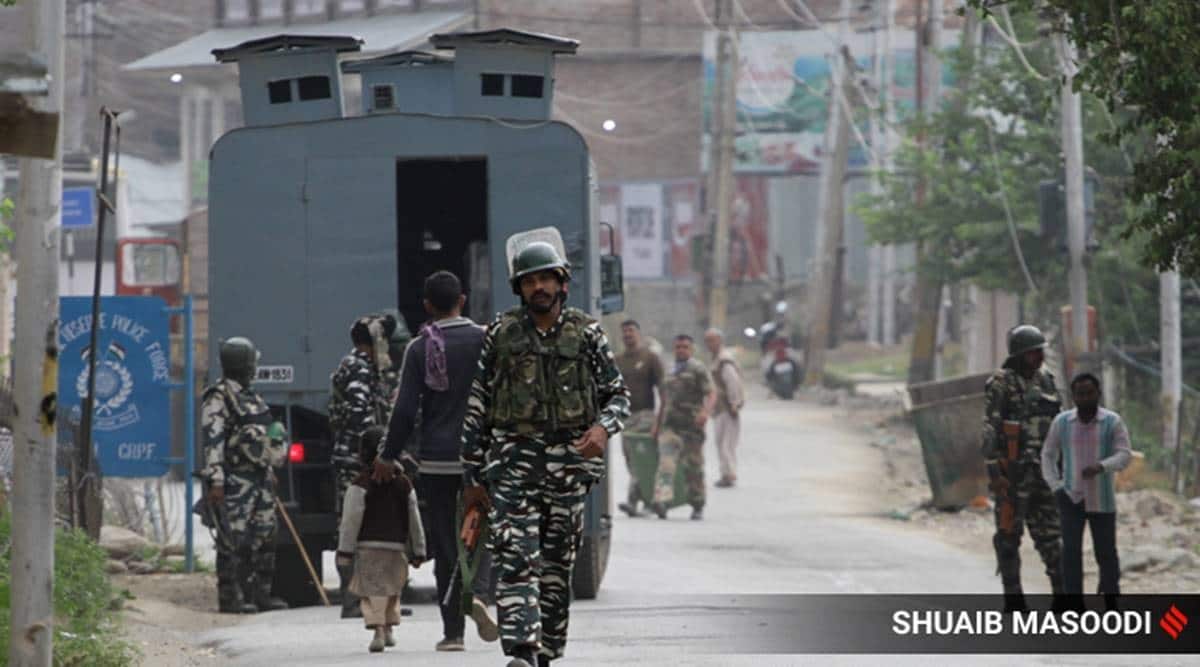 Three militants were killed in a gunfight in South Kashmir’s Anantnag district on Saturday, police said.

A joint team of J&K Police, Army and Central Reserve Police Force (CRPF) launched a cordon and search operation at Kawarigam village in Anantnag after specific inputs about the presence of militants in the village, they said. As the joint team was zeroing in on the target, the militants opened fire. The forces returned the fire, leading to a gunfight.

The police said the trapped militants were asked to surrender but they refused. “They (militants) fired indiscriminately upon the joint search party which was retaliated, leading to an encounter,” the police said. “In the ensuing encounter, three terrorists of proscribed terror outfit LeT were killed and their bodies were retrieved from the site of encounter.”

The police identified the militants as Arif Hajam, a resident of Sadoora, Basit Rashid Ganai of Audsoo Achabal, and Suhail Mushtaq Bhat of Karimabad Pulwama.

Police said that Arif was the district commander of Lashkar and was active for close to three years now, and that Basit joined the militant ranks in April this year.

The police said the militants were part of a group “involved in several terror crime cases including attacks on security forces and civilian atrocities”.

“IGP Kashmir has congratulated police and security forces for the big success and conducting successful operation in professional manner without any collateral damage,” the police said in a statement.