Earlier this month, the Executive Officer of the Municipality Board of Tangla town had sent a letter to a few residents, stating that the “birds’ droppings had led to an unhygienic environment, which may increase the risk of Covid-19 infection in the area.” 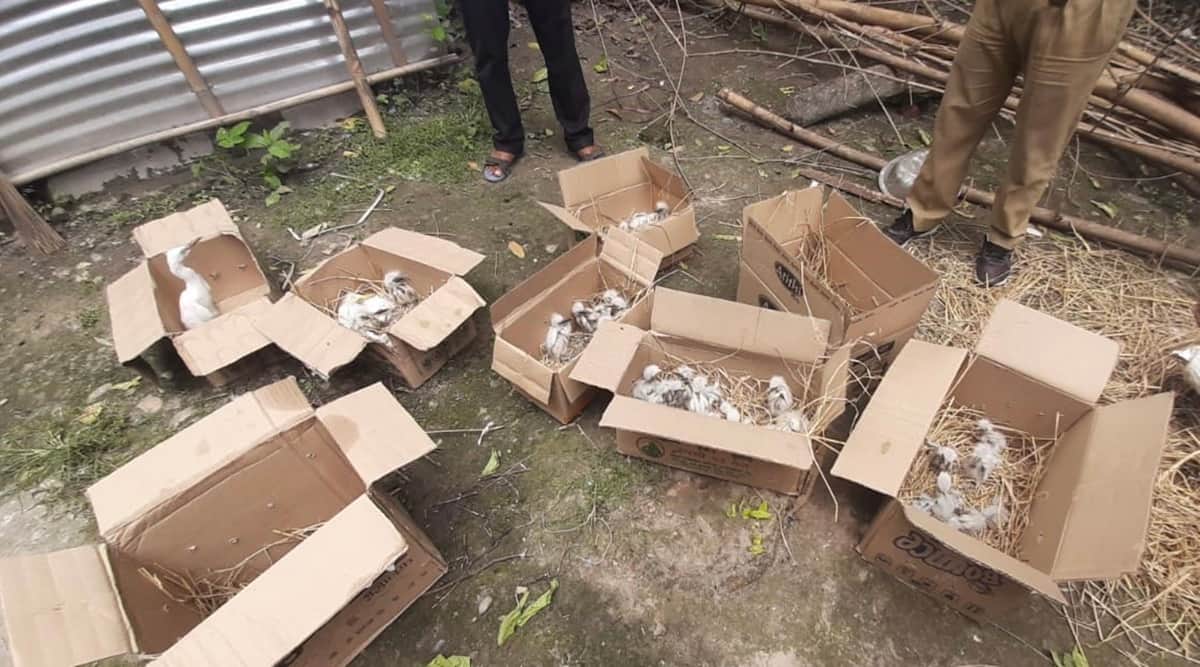 At least 200 egrets — including chicks — died after an urban local body of a town in Assam’s Udalguri district (part of the Bodo Territorial Region) ordered that the trees the birds were nesting in be felled, as they were creating an “unhygienic” environment.

Earlier this month, the Executive Officer of the Municipality Board of Tangla town had sent a letter to a few residents on whose bamboo groves a colony of egrets were nesting. The letter stated that the “birds’ droppings had led to an unhygienic environment, which may increase the risk of Covid-19 infection in the area.” It reasoned that it was imperative to chop the bamboo grove, in order to restore healthy and hygienic living conditions in the area.

On Thursday morning, when the municipality workers began cutting down the grove, nearly 200 egrets, many of them newborns, died after falling from their nests.

“The chopping was scheduled for four phases and yesterday was the first. When we found out about the birds last evening, we immediately informed the Deputy Commissioner,” said Jayanta Das, an Udalguri-based wildlife activist.

On Friday morning, Udalguri Deputy Commissioner, P Uday Praveen arrived at the spot and instructed that the chopping be halted. Praveen said that while he could not say how many egrets were killed, it was a “substantial number.”

“About 60 have survived and we are now making arrangements to send them for treatment to the Centre for Wildlife Rehabilitation and Conservation in Kaziranga,” he said.

An official from the Tangla Municipality Board said that they had been receiving complaints about the “mess” and “smell” made by the birds since 2020. “We had asked the forest department to intervene last year itself but they did not do anything,” he said, adding that it was an error on their part to have cut the trees when the birds were nesting. “We should have cut after they had flown away,” he said.

Dilip Boro, the elected representative of Khaling Duar, under which Tangla falls, said that they had “no choice” but to cut the trees.

Boro, who is a member of BJP ally, United People’s Party Liberal, and chairman of the Tangla Municipality Board, said:
“The public was suffering and it was difficult to live in the areas because of the smell. We had informed the forest department, but since they did not take any step, we took the matter in our own hand.”

Cattle egrets are small-built herons that are protected under the Schedule IV of the Wildlife (Protection) Act (1972). They are often seen alongside domestic grazing animals, and feed on insects.

The incident has drawn the ire of wildlife activists in the state.

According to Shamshul Ali, a veterinarian with the Wildlife Institute of India, it was the nesting season of the birds. “In two-three months, they would have flown away,” he said, adding that it may be difficult for the rescued birds to survive as they had been separated from their mothers.