In isolation, and to those who have not experienced the fear a woman faces every time she travels alone and has to face the predatory remarks of cab drivers, this incident might not seem to carry much weight. 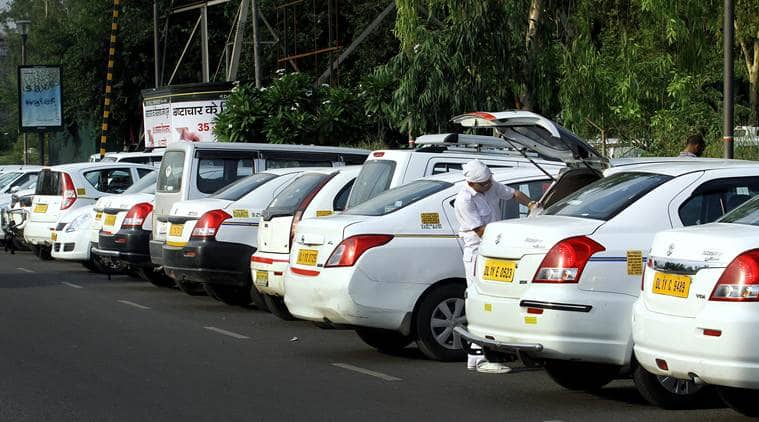 A COLLEAGUE and I were travelling from the Chandigarh Press Club to our respective homes in Panchkula around 11 pm on Tuesday. It was raining heavily so the damp darkness of the winter night and the general anxiety which plagues the mind of women travelling alone, brought us to the decision that we should skip dessert and book our cab promptly.

The driver picked us up from outside the press club. My colleague and I live in the same vicinity, so I added her location in Sector 2 of Panchkula as a stop on the ride, with Chandimandir Cantt, where I reside, as the final destination. The driver’s conduct seemed a little impolite from the beginning, he did not say anything in words, but communicated in abysmal grunts when given directions. Regardless, I dropped my colleague to her destination in Sector 2 and proceeded alone.

Though my destination was only about a few minutes away from the stop, the driver took a longer route than the one I remembered. I am new to the city and not too familiar with the roads, so I gave him the benefit of the doubt and let him drive in the same direction for a minute. By then, however, we had reached an isolated, unlit and unfamiliar road, and I was sure that we were not taking the correct route because even the time to the destination calculated by the GPS had increased by a few minutes.

I asked the driver to stop and take a U-turn, towards the shorter route that I was familiar with. He did not seem to hear me and gave no response. I repeated myself, loudly enough for people outside the car to hear me, though there were none to be seen. Suddenly, in an even more absurd and panic-inducing move, the driver stopped the car and dropped his head onto the wheel with a loud thud. Then, he proceeded to lift his head up and drop it onto the wheel again and again, each time with more force.

By then, I had pulled out my phone and called the colleague I had just dropped, being too confounded and scared to think of what else to do. Further, fearing that I might be over-reacting to his conduct, I decided not to call any other authority or my parents. While I spoke to my colleague, describing what was happening, the driver, perhaps more careful of his conduct now because I was on the phone with someone and could be easily tracked, began taking a turn and headed in the right direction.

The ordeal didn’t stop there as he made sinister remarks and asked questions such as, “If you are so scared of me, why do you travel so late at night?” His tone was aggressive, his voice a little slurred. He continued to ask such invasive and threatening questions, even glancing back at me at times, before hunching over his wheel and groaning in frustration, as if my squeamishness and paranoia were a source of irritation to him. Somehow we reached the main entrance to the gated cantonment. Before he could say anything further, I got out of the car and approached the Army Guard at the gate, shaking and crying, unable to express the paralyzing fear for my physical safety I had just felt. The guard dropped me home inside the cantonment.

When I reached home, I told no one about the incident, and retired to my room. I couldn’t sleep the whole night, unable to place the fear and trauma I had felt, unable to speak to anyone, ashamed that I would be blamed for being out late at night, a hazard of my occupation as a journalist, and more ashamed that I was not able to tell the driver to shut up and do his duty.

In isolation, and to those who have not experienced the fear a woman faces every time she travels alone and has to face the predatory remarks of cab drivers, this incident might not seem to carry much weight. However, many women have complained of similar experiences with cab providers, and these companies have refused to provide a paper trail of their complaints or the action they may have taken.