According to data from Ketto, the platform has been hosting over 272 campaigns for black fungus treatment across the country since May, with a collective goal amount of Rs 28.3 crore. 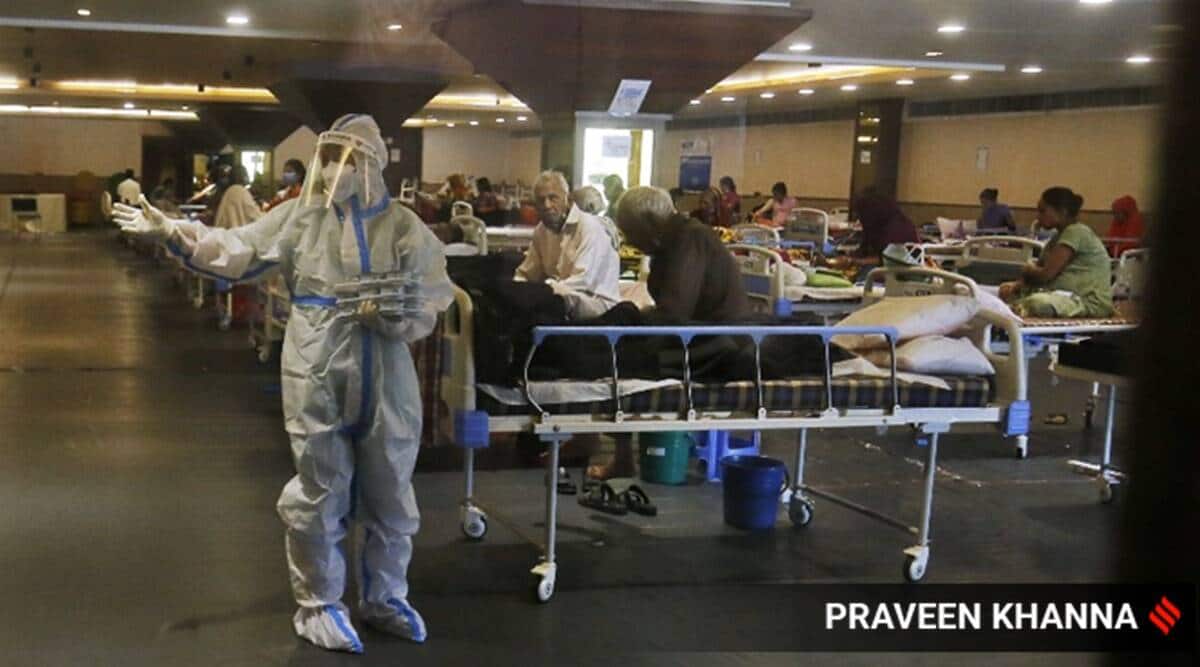 Hospitalisation lasting weeks and expensive treatments have left the families of many Covid patients financially crippled, forcing them to turn to online fundraisers to pay the bills.

For Hari Bhan Dutt Mishra, a retired MTNL employee, his family’s Covid nightmare began on April 12, when his 28-year-old son Manish was admitted to a private hospital in Ghaziabad with Covid symptoms.

“He was there till the 20th but developed severe pneumonia and both his lungs were damaged. The hospital told us he would require ECMO support. What was most important to us was to save his life, and we got him admitted to the National Heart Institute which had an ECMO machine. He was on ECMO support for a month. That was removed a month back and he’s been on ventilator support ever since,” he said.

Two months on, the family has racked up a bill of Rs 48 lakh, of which Mishra estimates they have been able to pay around 32 lakh. “I have sold off whatever property there was in my father’s name. We don’t know when he’ll get better, or how long the treatment will go on for,” he said, breaking down as he spoke.

The financial distress is also reflected in the number of people across the country who have turned to fundraising platforms to cover medical expenses. According to data from online fundraising platform Ketto, it has hosted 4,000 Covid-related campaigns between April 20 and May 31 this year, of which 40% are for hospitalisation and treatment, with targets between Rs 5 lakh and 50 lakh.

Another popular platform, Milaap, has hosted 2,000 campaigns only for Covid treatment – mostly to pay for ICU care and ventilator support – which have collectively raised around Rs 48 crore till date. To be sure, limited awareness and digital access means such options are availed only by a small number of people facing financial distress.

Ketto co-founder Varun Sheth also noted that a majority of the fundraisers hosted last year were related to helping migrant labourers get home and supporting loss of livelihood, while during the second wave, this shifted to medical expenses.

Ever since all four members of Shivang Kumar’s family tested positive in late April, the financial burden has grown heavier each day. He, his brother, and both his parents were admitted to Anand Hospital in Ghaziabad between May 1 and 2. A few days later, his father lost the battle against the virus. Once the rest of them tested negative and got discharged, things got even more difficult.

“The night after she got discharged, my 63-year-old mother started complaining of a severe pain in her stomach. We took her to Sarvodaya Hospital, where she was admitted for 10 days, but they couldn’t diagnose what was wrong. After an MRI, doctors said there’s a high chance of it being black fungus. We got a reference to go to Max Patparganj where it was found that she had a blood clot in her stomach. After a surgery to remove it on May 21, she’s been moving from ventilator to general ward to ICU,” he said.

He adds up his hospital bills so far: Rs 16 lakh at Max, Rs 2.5 lakh in Sarvodaya and Rs 9 lakh at Anand Hospital. “I don’t even have Rs 10,000 left now, I have used up everything we had. My father and brother had an event photography business which has been shut for more than a year now. I have tried several government hospitals in Delhi, but it looks like now there are no beds for non-Covid patients,” said Kumar, an engineer at a private company.

Similarly, Sujata Bharadwaj is not sure when her 43-year-old- sister Deepika Banerjee Sharma, who took home tuitions for a living, will recover from mucormycosis. She was admitted to Holy Family hospital on May 11 and has had two surgeries and regular administration of expensive antifungal drugs.

“During the surgeries, a good part of the right side of her face had to be removed. We think that when she recovers, she will also require cosmetic surgery. So far, we have reached Rs 20 lakh in medical expenses. She will have to be in the hospital till she stabilises completely and we don’t know when that will be. We’ve used almost all our savings and the savings that she had in the hopes of getting her own house. We have started a fundraiser now to get some help with this,” she said.

According to data from Ketto, the platform has been hosting over 272 campaigns for black fungus treatment across the country since May, with a collective goal amount of Rs 28.3 crore.