Bellan, a 55-year-old Irula tribal working as an anti-poaching watcher in the Mudumalai Tiger Reserve, hadn’t had any work for the past many months. But he was tasked with looking after the 45-year-old tusker which had a deep injury on its back. 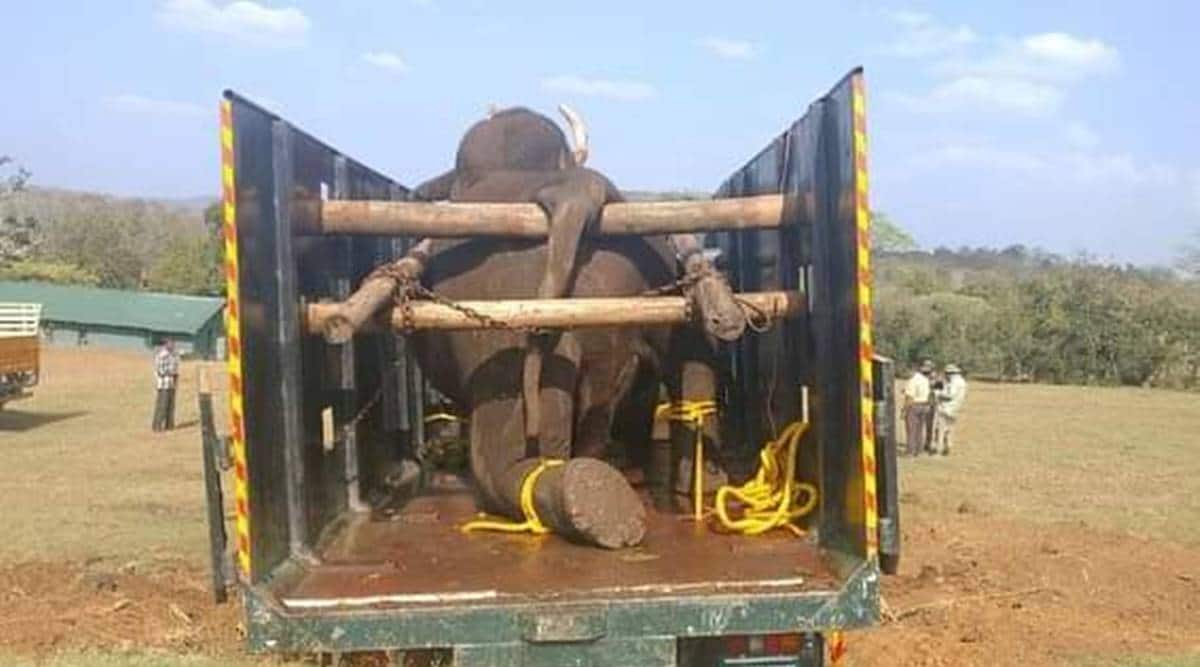 Bellan has been inconsolable for days. The elephant that died after being attacked by the owners of a resort in Masinagudi earlier this month was under his care for the past many weeks.

When he was assigned the task of looking after an injured elephant by forest ranger Kanthan on December 2, Bellan was surprised to note this was a tusker he knew from before. “When I first spotted him, I realised that was our SI. We named him SI — short for sub-inspector — because he walked like a strict police officer,” Bellan remembers the elephant that used to frequent his village. “It never did any harm to the villagers.” 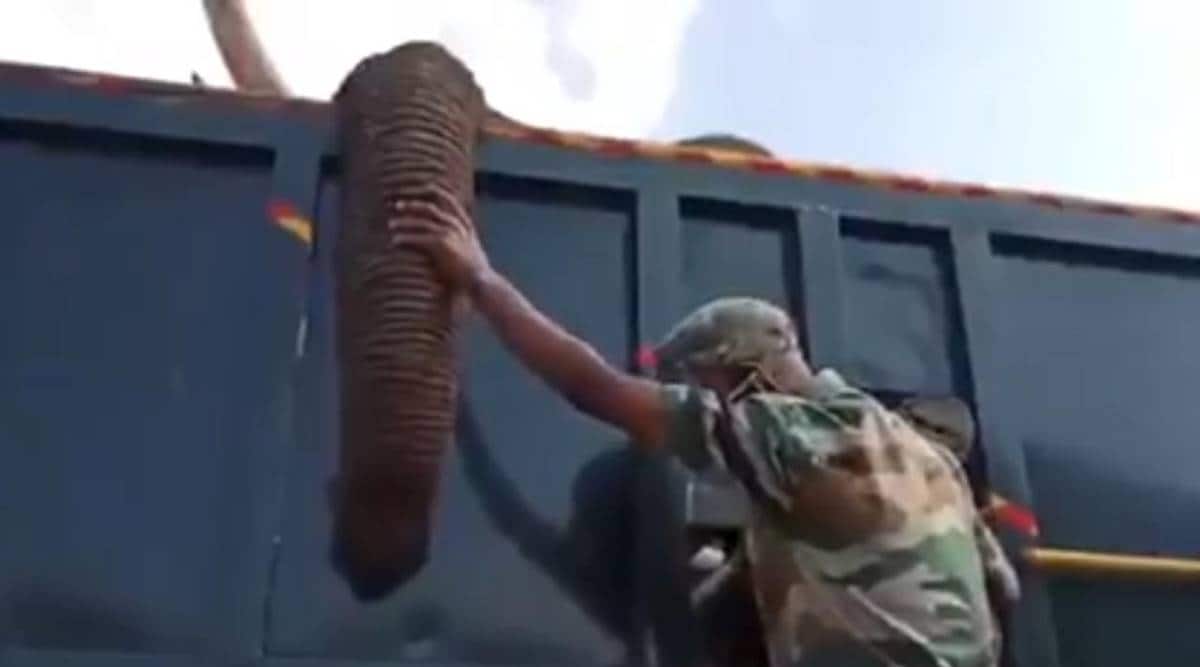 Bellan, a 55-year-old Irula tribal working as an anti-poaching watcher in the Mudumalai Tiger Reserve, hadn’t had any work for the past many months. But he was tasked with looking after the 45-year-old tusker which had a deep injury on its back.

“Some of the locals and forest staff spotted the injured elephant roaming inside the Bokkapuram area. They were afraid to get close since it had many injuries from a fight with some other elephant and was unable to move,” says Bellan over a phone call.

“When I approached him, he gave a positive response. From December 3, I started giving him medicines concealed inside fruits,” he remembers, adding how the elephant soon started communicating with his trunk. “When an elephant folds his trunk in front of human beings, it is a cordial gesture and he accepted me as a friend.” 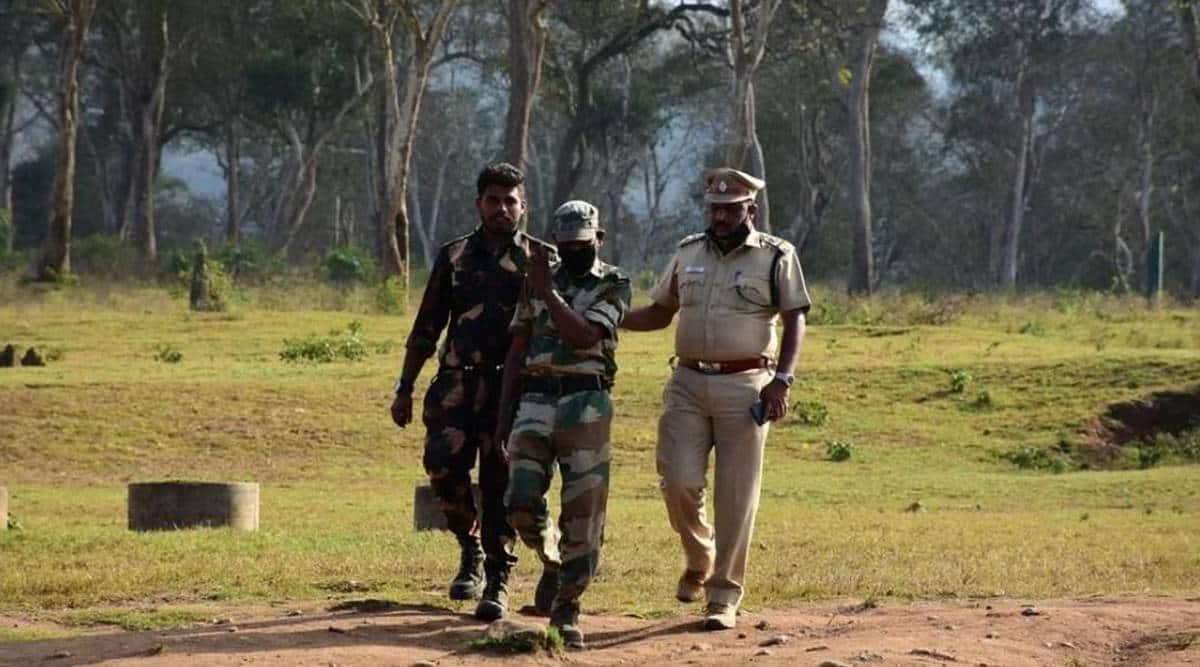 “After this, whenever I called him, he came to me and quietly took the food I provided. I walked with him wherever he went inside the forest. I kept him away from residential areas,” Bellan says.

In December, vets tranquillised the elephant to treat his injuries. As his condition improved, the forest department deployed four more persons day and night to monitor the elephant with Bellan. 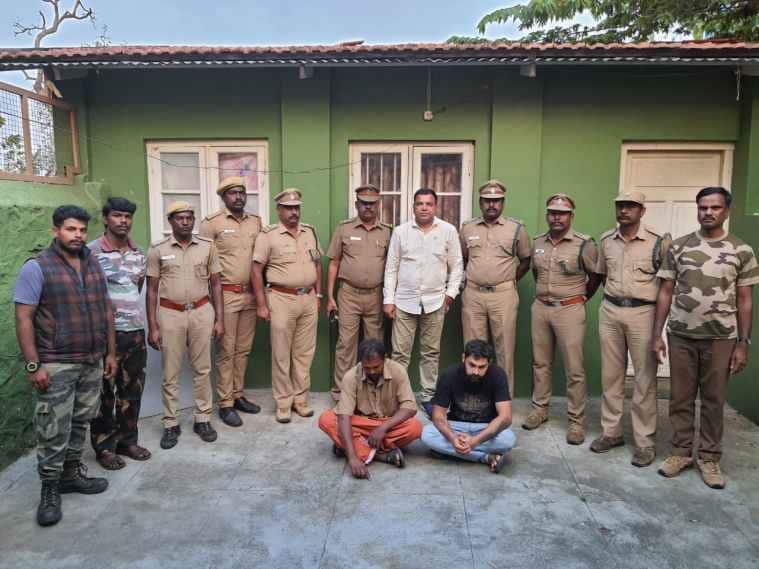 “One such night, SI went away from the sight of forest staff in search of food. He was roaming in Mavanahalla, which is 4 km away from Masinagudi.”

Bellan alleges this was when the people at the Bread and Breakfast Resort treated him badly and threw the burning tyre on him. “I have watched the video of how SI got injured. I never felt such deep anguish in my lifetime,” says the tribal who has grown up with wildlife around him.

Bellan says SI was showing behavioural changes when he was spotted again in the Singara forest range. “The burn injuries were not that visible but his left ear was torn and bleeding. Catching him became a hectic process. He was in pain and tired from the loss of blood,” says Bellan.

Two veterinary teams tranquillised SI with the help of four tamed elephants. “We tried to shift him to Theppakadu Elephant Camp. But lost him about a kilometer from the Masinagudi,” Bellan sobs.

“I cried like I lost my own son. In our village, everyone knew him. He never attacked anyone and he never chased people. He was very polite. I would never see such an elephant in my lifetime again.